Its been a month since our last trip to Renfaire and almost 3 since our first trip.  We went opening weekend and closing day this year.  The only sewing that I did this year was for E.  For the first day I had the main parts of her costume done. The dress and the over dress. 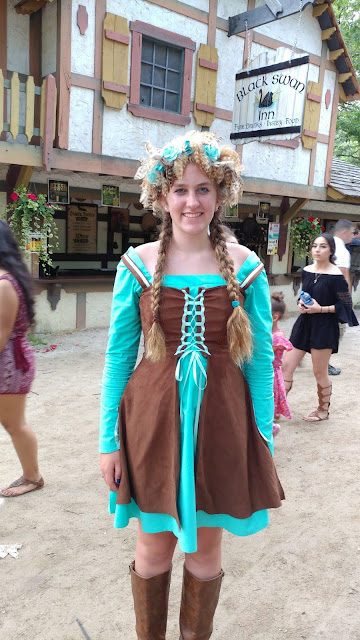 We went up north the week before Renfaire, so that's all I could finish.  If I remember right, I actually had some finishing to do when we got home the night before.

So the next few days after the Faire, I made the detachable sleeves.  I think they took as long as the dress. 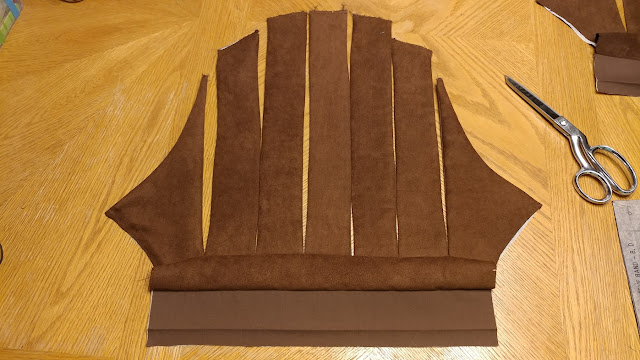 Each piece had to be faced, lined, sewn and then turned right side out.   Her dress is made from Kona Cotton, Pool.  The brown is all a faux suede. 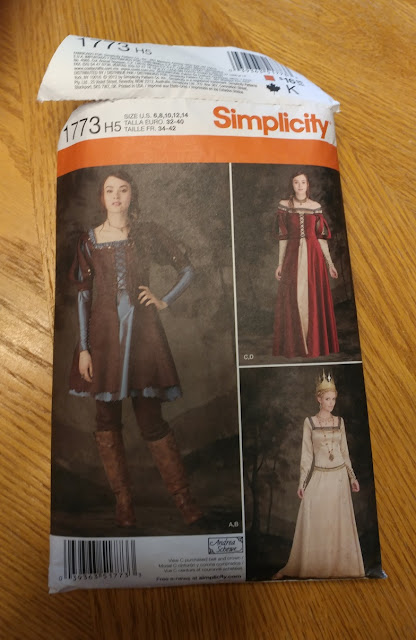 Here is the pattern that I used. 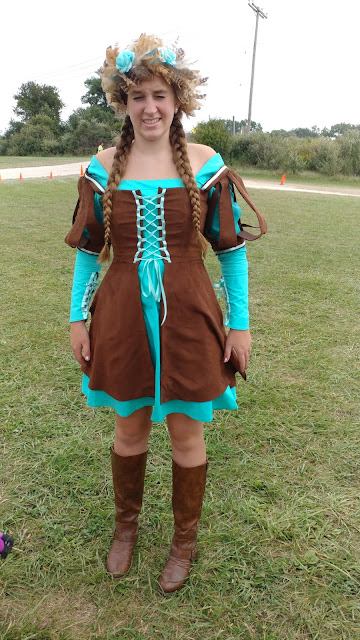 Here she is with the sleeves on.  Not sure why her eyes are closed. 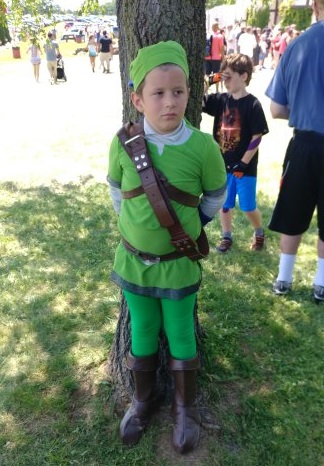 The first time, Si was Link.  This was a costume he had received for his birthday.  He was pretty warm, but never complained! 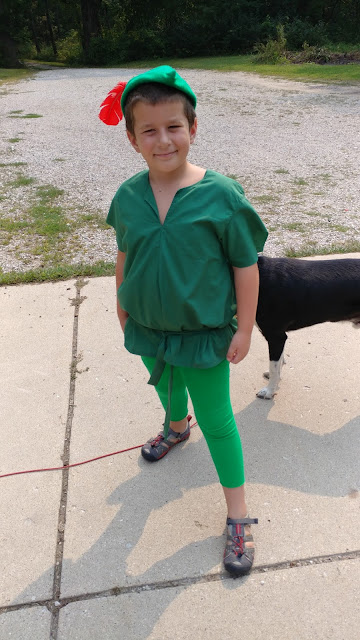 Si went as Peter Pan the second time. All costume parts I had from previous costumes. 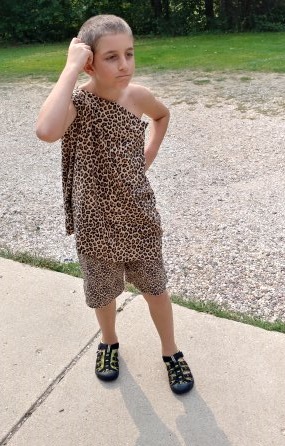 WP had a repeat of the barbarian.  Cool and comfortable. 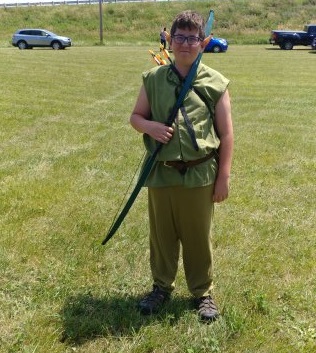 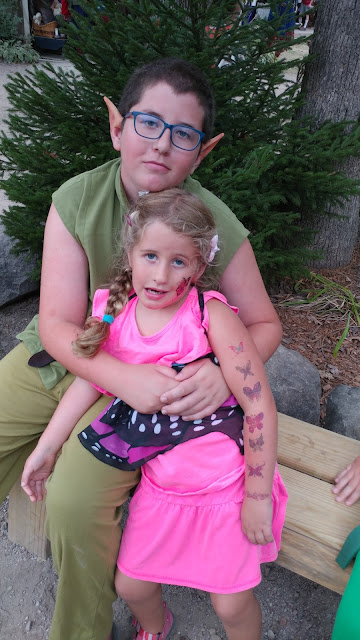 Despite her face, Mini wanted to "snuggle with WD" 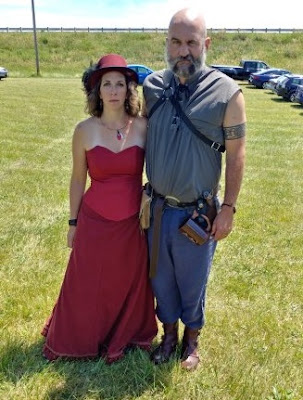 Mr. Riley is wearing linen pants I made for him a while ago, but he bought himself a linen sleeveless shirt this year.  Not sure if I should be offended or relieved.....  I am wearing the same costume as last year, too. 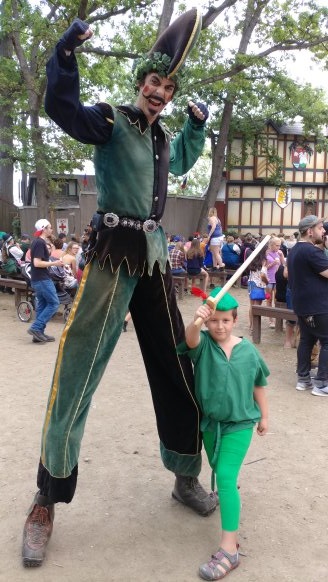 Si and Santiago from the Clan Tynker - one of our favorite acts to watch. 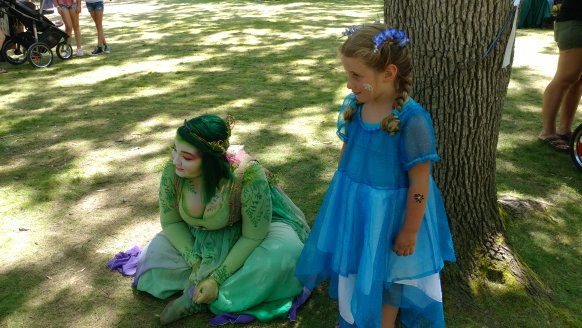 Mini was a blue princess the first time, originally worn by E *here* 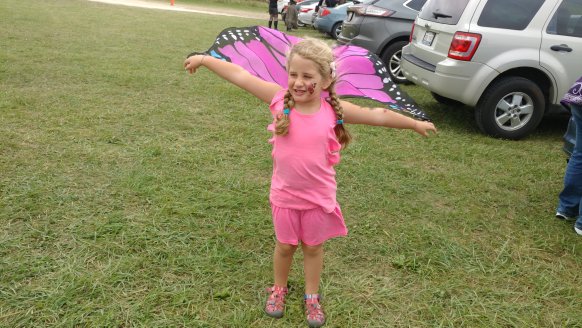 And a pink butterfly the second.


I suppose in the realm of costumes, I need to start planning on Halloween, now.

These are so cool! I have been to the Renaissance Festival, but have not dressed up. It is always a good time.

E's sleeves are killing it!! When she out grows her dress, bring it to guide and we can cut that Kona up to add to stash :o)

That looks like so much fun! All the costumes look wonderful :)