This past weekend was the opening for Bristol Renaissance Faire, and seeing as the kids were free, it was the best time to go!  (5 kids free, always a good thing, plus in 3 months E isn't a kid anymore) So of course, nearly everyone needed a new costume, because the kids just keep growing.

First up, my Barbarians.

This is my Cheetah Boy.  Which, considering how much he loves running, was perfect.  He also wore this for about two days straight before we even went to the Faire. 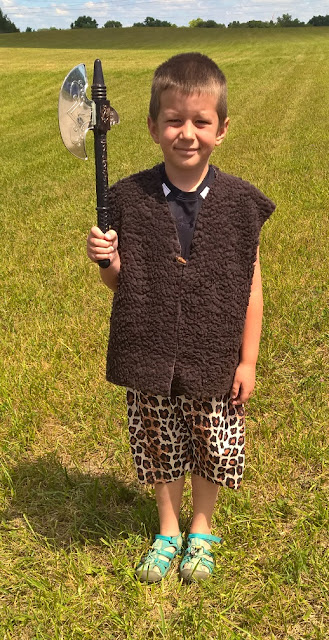 This guy was actually the one who started the Barbarian idea because of the fur vest I had laying around from a previous costume. (which I can't remember, or find pictures of for the life of me) 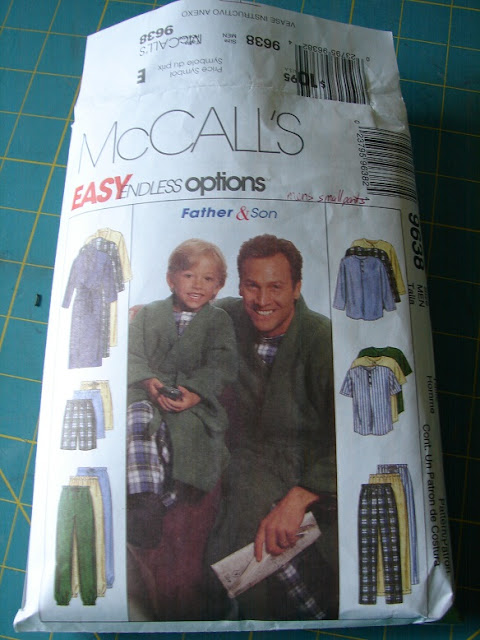 For both of the boys shorts, I used this pajama pattern.  Nice and loose and comfy.  I didn't bother with the hemming.  Incidentally, they are pretty much the same size right now. The shorts on the left are made of a costume fabric from Joann.  The ones on the right are a fine wale corduroy I found in the red tag section of Joann.  I'm all about cheap costumes! 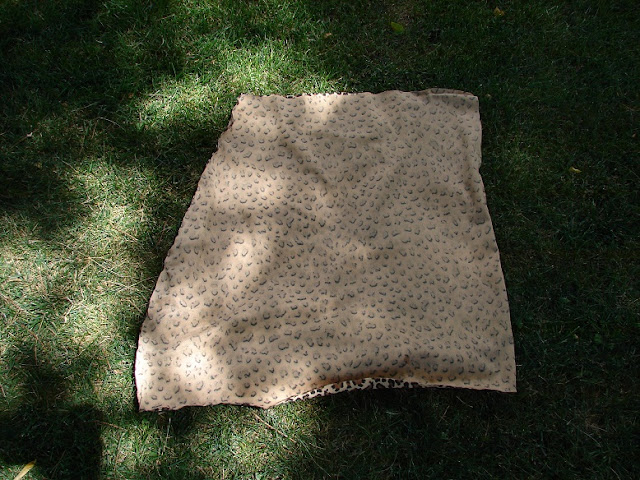 The cheetah top is a loosely shaped rectangle.  I sewed up the sides, and then a bit across the top to make a sleeve.  Then I draped it on the boy and pinned where to take in the side a bit.

I think they were both pretty happy with the outcomes of the costumes.  Which is good, since we will try to go at least once more this year.

I'll leave you with a shot of one of our favorite acts: Barely Balanced.  (yes I know the sign says Dirk and Guido, that's the other act that shares the stage) 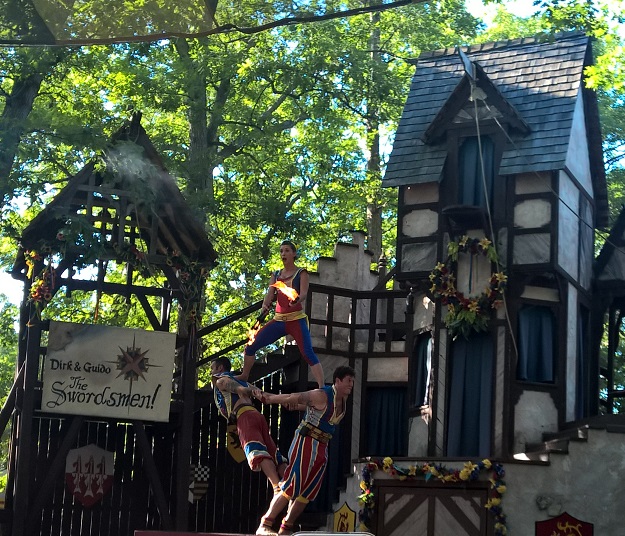