Too Pretty To Use

The Ucreate site has a section called Create With Me!, where everyone uses the same tutorial and makes something.  Here is my something for February. 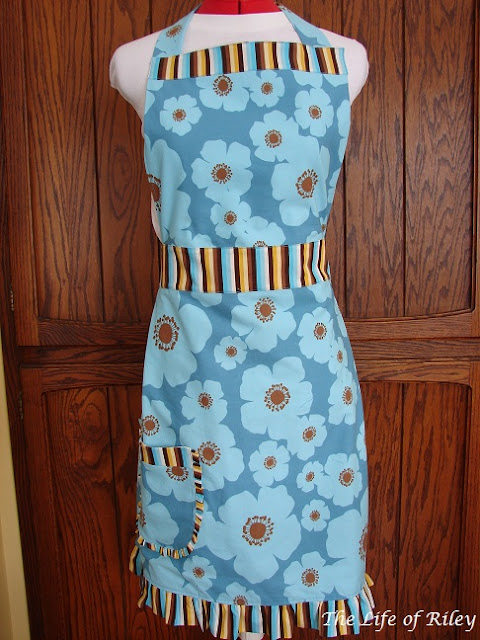 I used the tutorial from Sugar Bee, Craft Edition.  I did change some construction methods to what I thought made a little more sense. 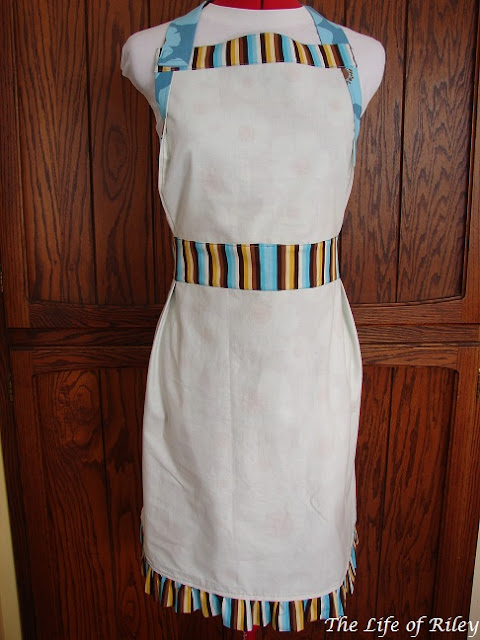 I also fully lined it.  I because of the lining, and the way it's put together, it could have been totally reversible, but I just used an unbleached muslin for the lining. 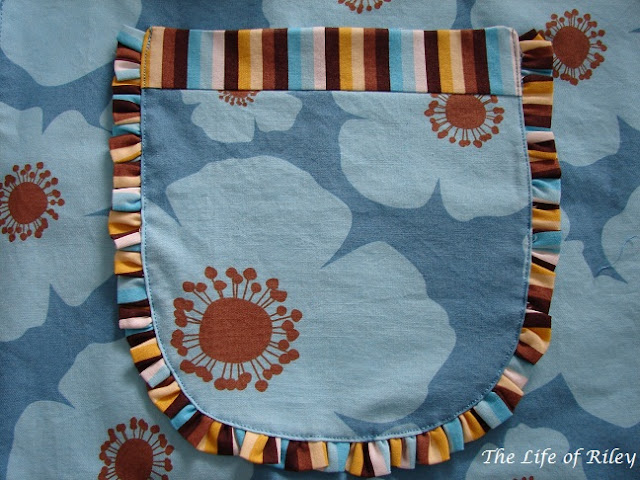 I made a U-shaped pocket with a ruffled edging.  I even took the time to top stitch everything!

The fabric is from Hoffman Fabrics.  It happens to be an organic cotton.  I just fell in love with it when I saw it in the LQS.  The lady there told me a funny story about using the fabric.  She made a quilt with the line for the store and then gave it to her daughter.  She showed the quilt to some of the (older) quilters that meet regularly and was telling them how wonderful that it was organic cotton.  To which one of the ladies replied "So what? Are we going to eat it?!?"  - well, I thought it was funny.

I pulled Matilda out of the closet and put her together for photos.  She's been in there since we moved. (almost 3 years!)  I guess I haven't done much sewing for my self in that time!  It was easier to get her out than for me to shower, put on makeup and try to set up the camera with the timer!

So, in sum.  I love the apron.  But I shudder at the thought of spaghetti sauce on it, so it might be used only when company is over!

Labels: apron, create with me

Wow! This turned out beautifully. I wanted to participate in this Create With Me but I don't have a sewing machine yet :(

Great work chica...oh, and, glad you like your pendant.

Oh I love the little ruffle accent on the pocket! Thanks so much for sharing. I found you through a linky party. My readers would love this. I would love if you came and linked up to TOO Cute Tuesday!

Love anything with ruffles. So cute but fresh as well. Makes me want to get my sewing machine out. Fiona

It's gorgeous! I love the color combo.

I love aprons, and this is one of the prettiest I've ever seen! That little pocket is just adorable.

It was so clever of you to make this reversible, too. I am such a messy cook, I'd be afraid to wear such a cute apron :-).

That is lovely. Great fabric. That is a funny story about the 'organic cotton', LOL. I just love the pocket detail.
~Kimberlee
www.TheSpunkyDiva.com

I love the fabric! Do you happen to remember the name?

The fabric is 'Free To Grow' by "Nancy Mims for mod green pod for Robert Kaufman".

Love this and love the pattern!

It looks great, love the material and the pattern, well done!

Talk about personality. It's a winner!

Thanks for linking to Take-A-Look Tuesday over at Sugar Bee Craft Edition - I featured you today! - Mandy, www.craftedition.blogspot.com

Wow, this looks so good! I love the colors! Thanks for sharing this at Fantastic Friday. I hope that you will join us again this week.