Working backwards with these posts.

Last week was Spirit Week at school which leads up to the basketball tournament hosted at the school.

The Highschool has daily themes and the middle school goes by the rainbow - ending on blue - since that is the school color.  95% of what they are wearing was found at the thrift stores or at home. 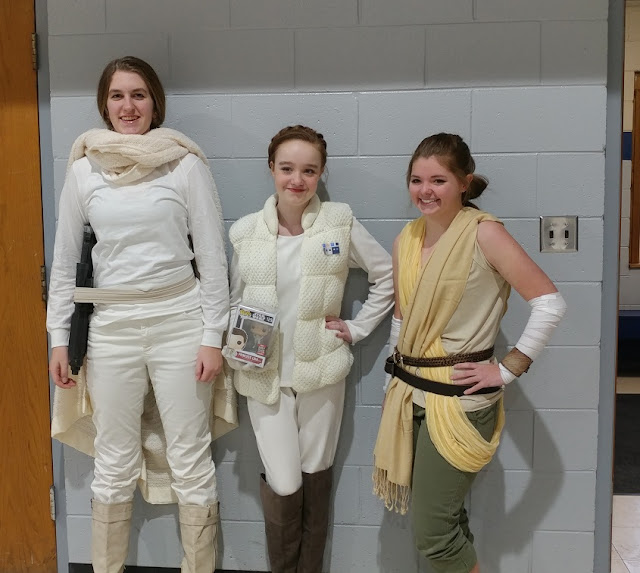 E and two friends were the Women of Star Wars - E brought a graphic novel of the movies to prove they were in a book.   Padme, Princess Leia, Rey 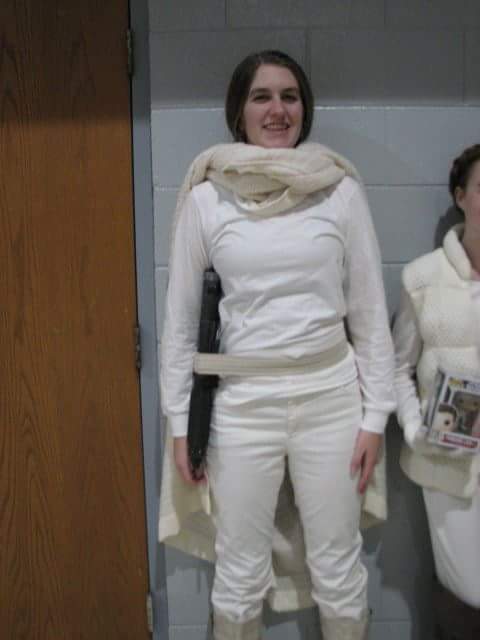 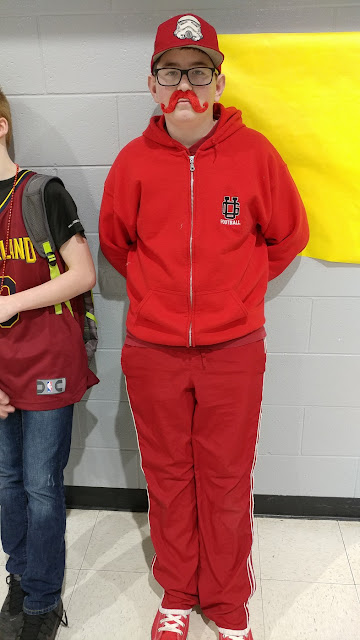 WD went all in.   I even found red Converse at the thrift store.  I think he looks like a football coach in this picture.

Tuesday: Pirate/Princess Day and Orange. I tried hard to get E to be a princess, because EVERYONE ELSE was a pirate.  Seriously. 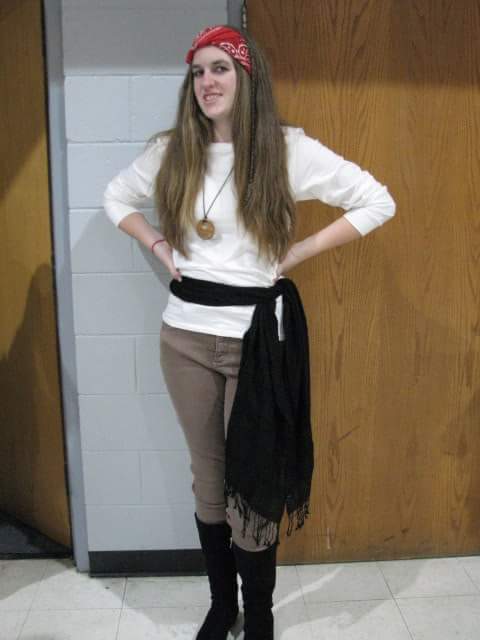 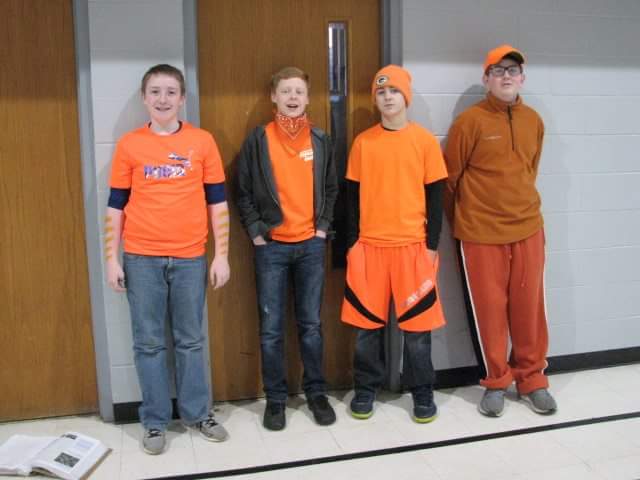 WD on the right next to a few other orange friends. 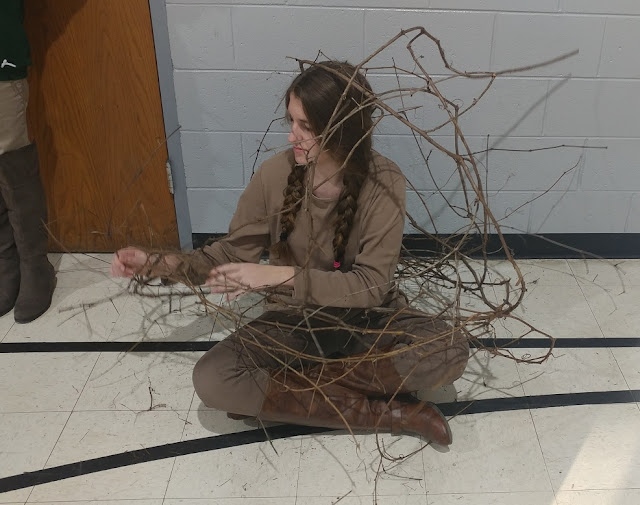 E was a tumbleweed.  My favorite costume all week.  We wrapped her up in grapevine. 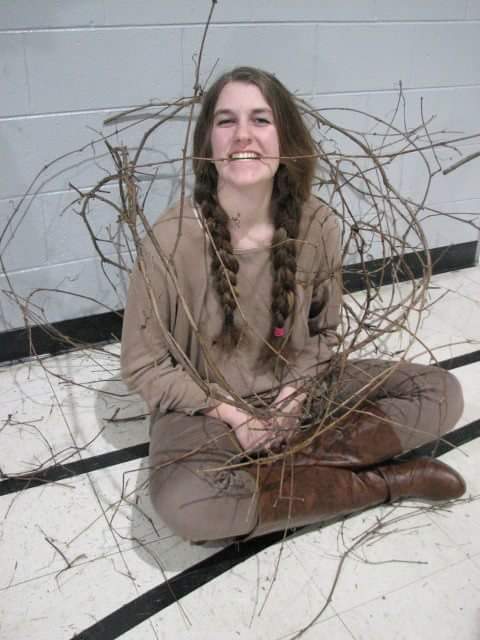 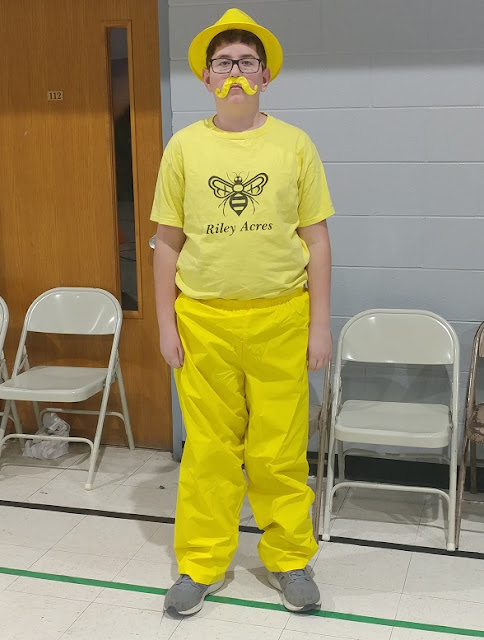 WD going all out, again.  The pants are rain pants! Found at the thrift store.  Plus a little free advertisement for his mama. ;) 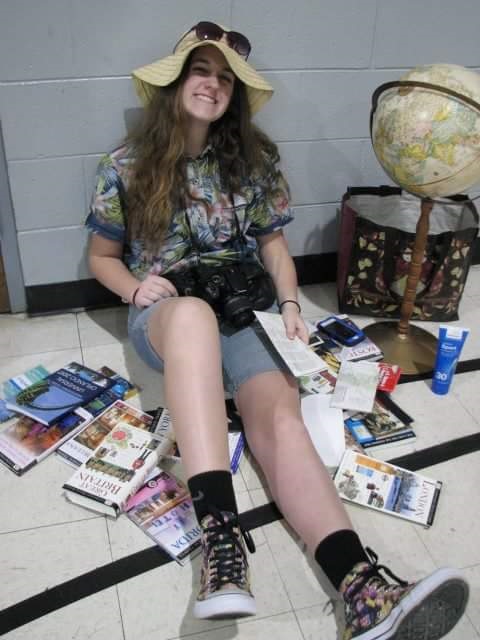 E brought lots of props. Pretty much all of our travel books plus a globe.

WD really wanted to be a leprachaun for green day!  I even got that hat/beard thing at a thrift store. 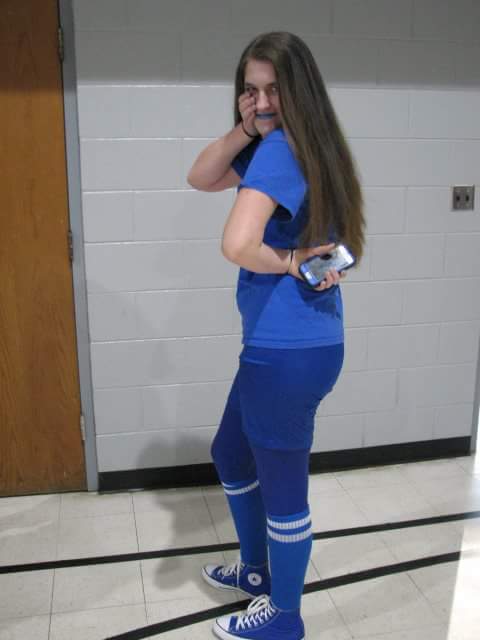 Not sure what's going on in this pose - but she was all blue.  There is even blue chalk in her hair.

For some reason I didn't get a picture of Will.  We spray colored his hair blue.  It was fun.

Glad that the week is over though.  I'm sure next year will come soon enough.  At least I can hold on to all the rainbow stuff for WD!

E killed it with as the tumbleweed! And her Padme was awesome! WD has great school spirit!