I've been doing a bunch of bag sewing and pillow sewing. 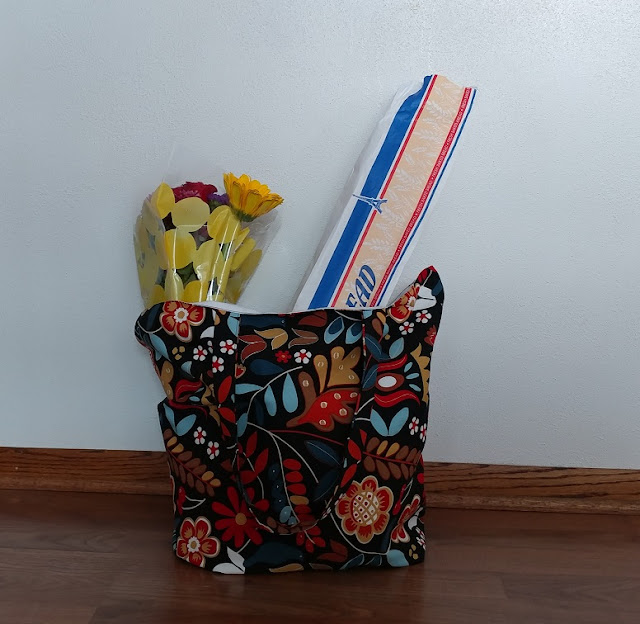 These were the first tote bags that I started with .  Top and bottom, three of each.  They are both from IKEA canvas that I've had sitting around forever, with the purpose of making bags. 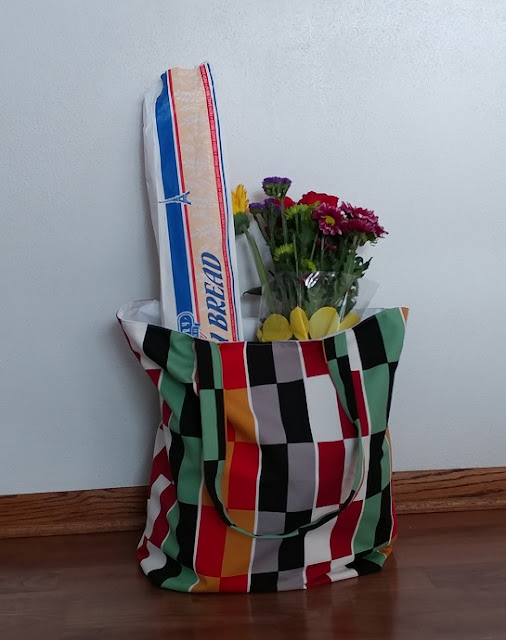 Then I decided, hey, I've always wanted to open an Etsy shop.  So I did.  I have the totes up there for sale and a few pieces of fabric.  Also a couple of photographs taken by my husband.  End of advertisement. 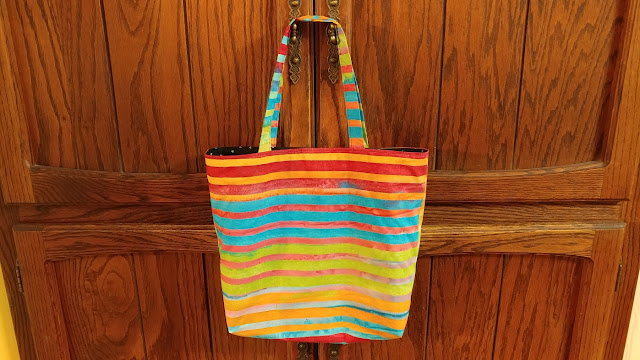 I also had to make a bigger rainbow tote for Mini - so I got that done very quickly.

And I had to sew Christmas presents for my dad.  You see, he does wood stuff.  He turns wood, mostly into bowls, some pens, and other various items.  He's got his own webpage here.

I had this great fabric (also from IKEA) and I thought that since now he's president of his wood turner's guild and he also does some shows, he might need some Wood Totebags!! 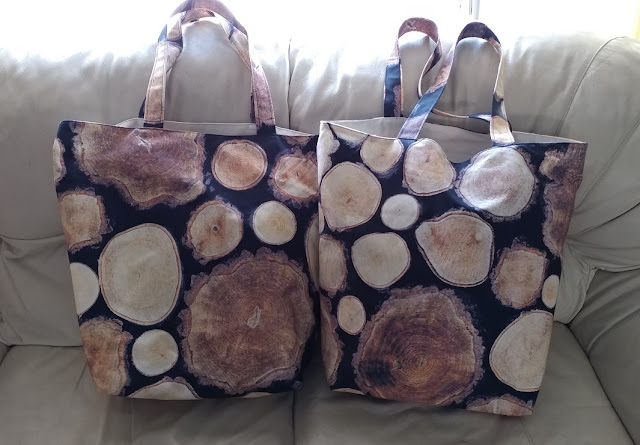 I actually made three - but they all look the same.  The third is just a little smaller.

I also made him two pillows. 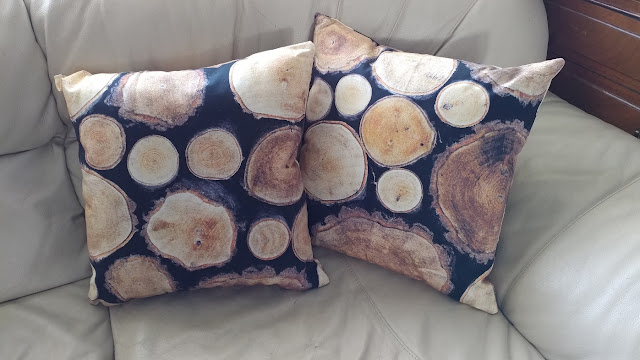 So then, once I was on the pillow kick - I made four for us! 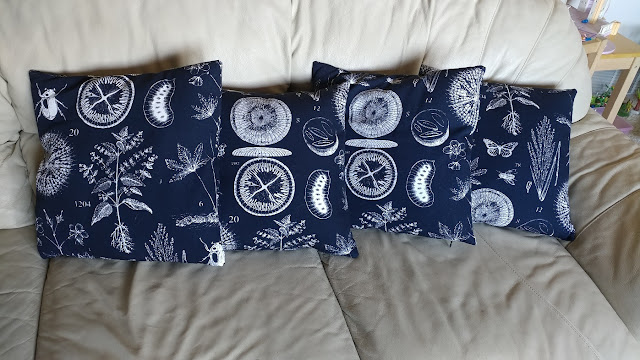 Actually they are just covers. 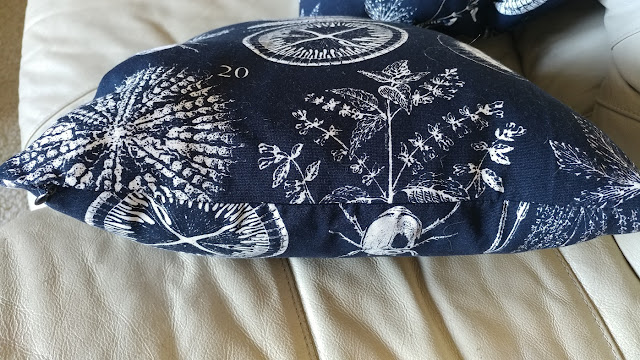 Check out that invisible zip!  And I even managed to keep all the fabric in the right directions. 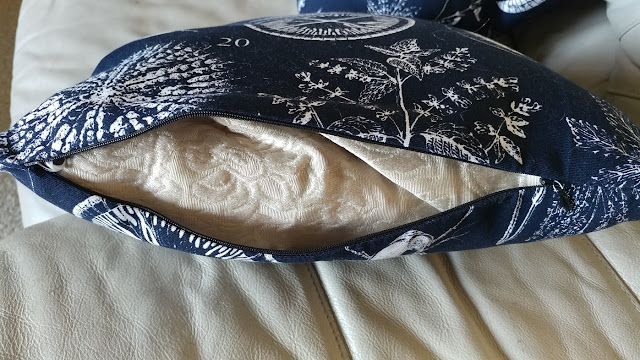 I have one more to finish, but I had to go get another zipper.  I can't believe how much new pillow covers make me happy!

I get on a pillow kick occasionally and my daughter loves it when I do. I have no couch so no need for lots of pillows!