On the way to school I realized that I have been helping my children do 100 day for 10 years.  And I six more to go.
*sigh 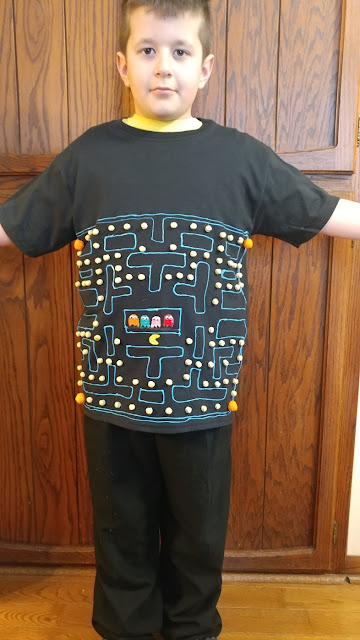 Si's was probably the most complex.  During some dinner conversation we realized that Kix cereal would make great Pacman pellets and thus cheeseballs would be great Power Pellets.  My kids were excited that I would have to purchase both.  I never buy cheeseballs.  And they always come in a huge container. 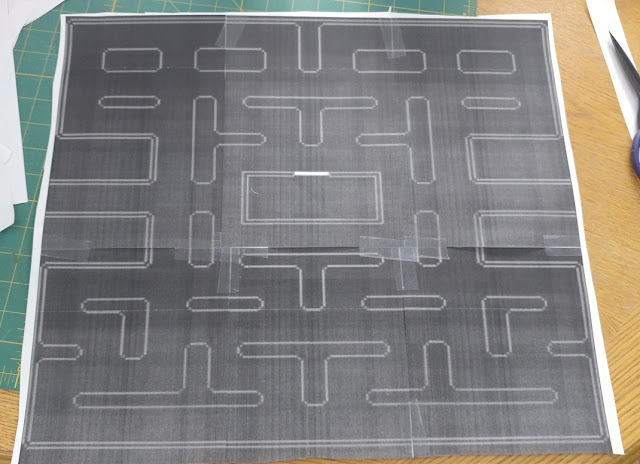 I printed off a game board. 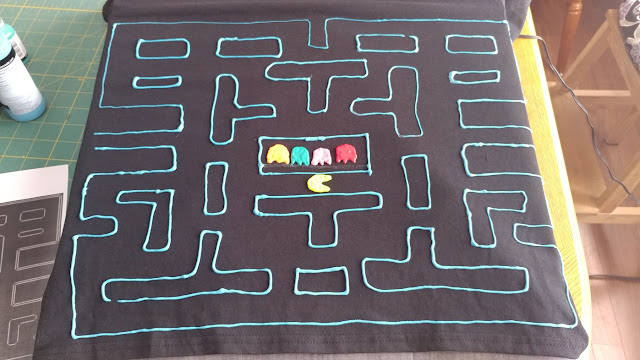 I started out trying to use the light box, but it wasn't great, so I ended up eyeballing it.  Also because it needed to fit on the shirt.  Good enough. 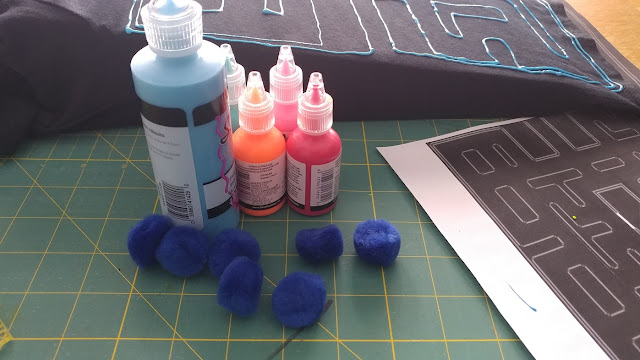 Board, ghosts, and pacman himself were just fabric paints. 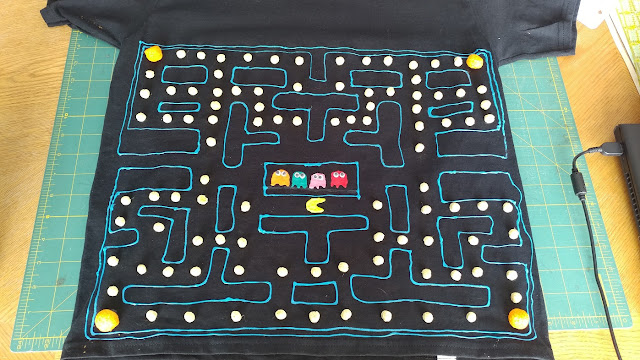 Lots of E6000.  The kids shirts were still pretty stinky this morning, hope they don't all come home with headaches. 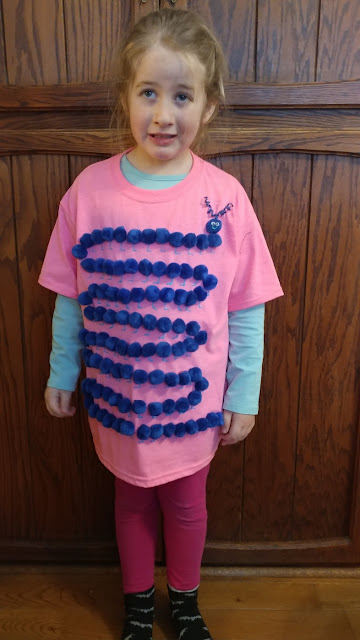 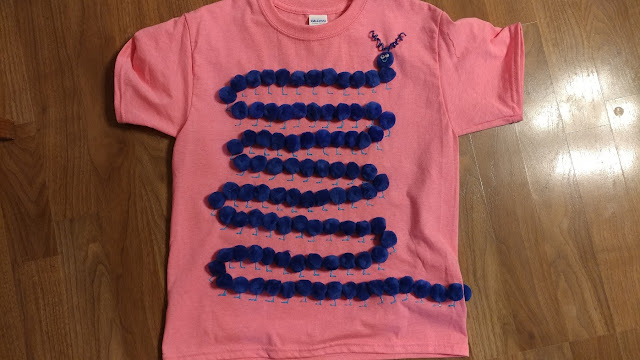 I just glued on the pompoms.  Gave him a googly eye face and pipe cleaner antennae.  Fabric paint for the smile and feet. 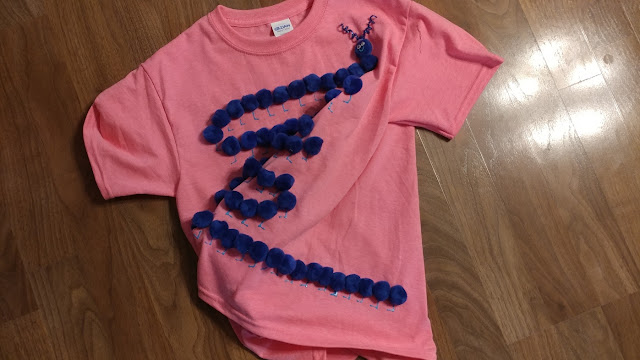 I ended up wrapping it around to the side to get 100 on the shirt. 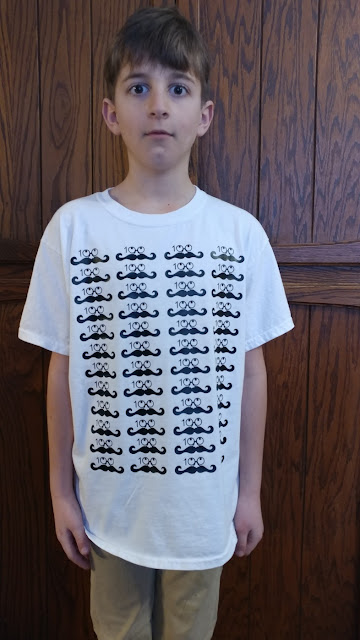 WP really just wanted to do 100 100s.  I thought we could make it cuter than that.  So I found a clip art image of the mustache guy and added a 1 in front of the glasses. These are cut out with my Silhouette machine on heat transfer vinyl.  I hadn't used it before and thought this would be a great way to try it out. 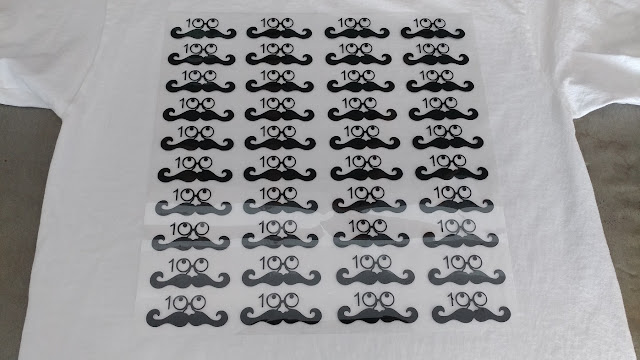 I had to use front and back to get them all on there. 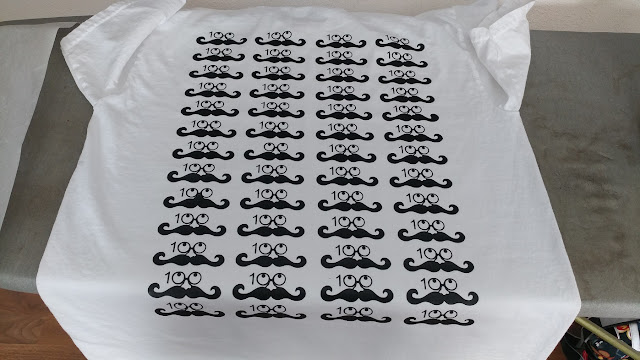 I found one mistake last night and another this morning.

Only one was able to be fixed.  Do you see them?

One is missing a 1 - so I cut out a new one this morning.
One has a black nose - I forgot to "weed" out that extra piece, and once its ironed down, its permanent.  I think this is a fun shirt, so he'll probably get some wear out of it.

I pointed out to Si not to wear his shirt around the dogs - they might eat it!!

I thought I would NEVER find that mistake. On the back, first row, one has a black nose!

Very clever. Wondered how you did those shirts.