A very full random Thursday.  Things I want to show, but not devote whole posts to. 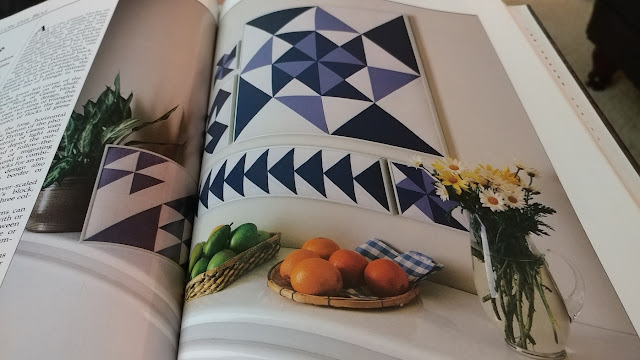 First, I was reading a quilt book from the late 1980s.  Aren't these quilts fantatstic?  So modern, and the blue small ones on the wall for decorating.  What goes around, comes around. 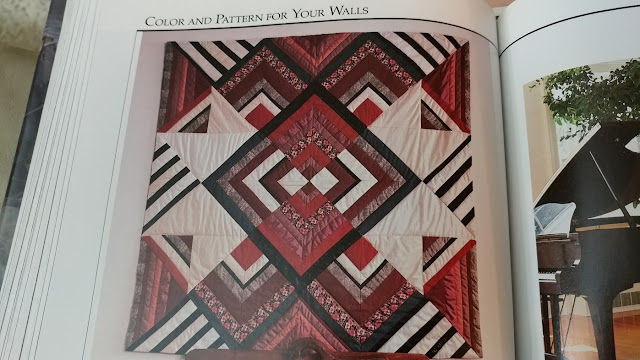 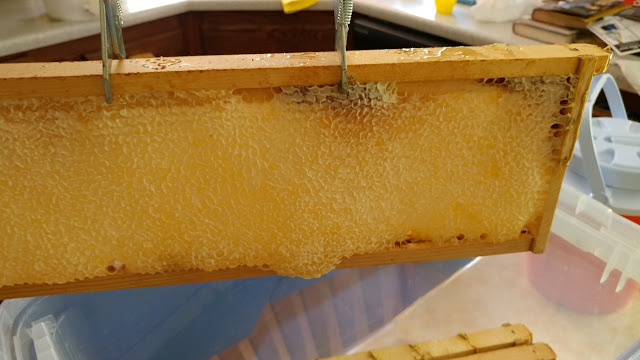 Second, its honey harvesting time at Riley Acres.  I employ the crush and strain method for perfectly beautiful raw honey. It's all been harvested at this point, but I'm still bottling. 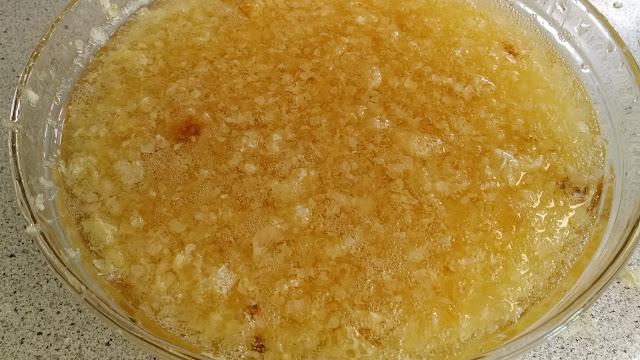 Sometimes the bees forget to read the manual and neglect to build in straight lines.... 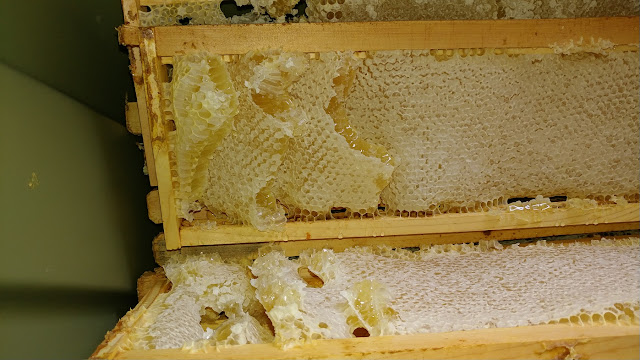 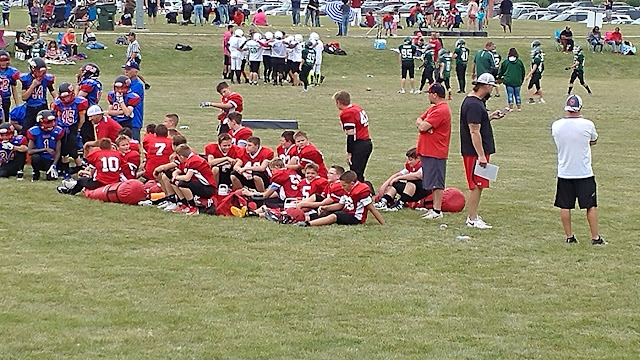 Third, something new this year.  WD (eldest boy) is playing football.  Here in the middle of reds he's #7.  They will be getting their official uniforms this week before the first game on Saturday. 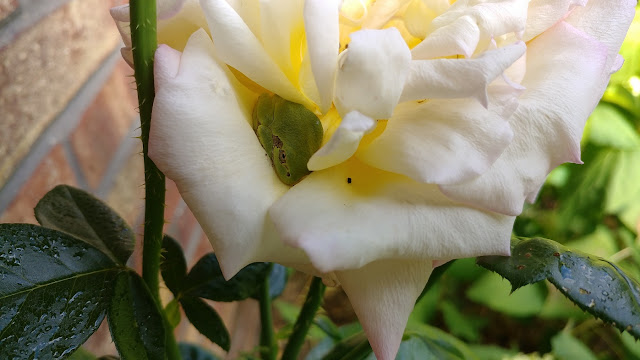 A small green tree frog in my roses. He stayed around for about a week. 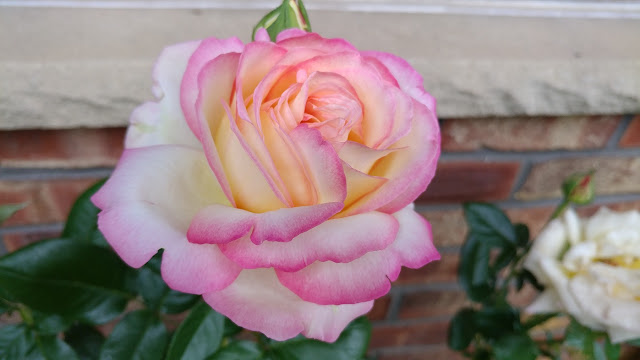 I did not plant this rose bush.  It was barely a stick in the ground right at the edge of the house for years, until the year I mulched.  Then it grew one rose.  The next year, two roses.  This year, I cut off the first two roses after they died, and was rewarded with Seven! new buds.  I am not even close to a green thumb, but I do love my serendipitous rose bush. 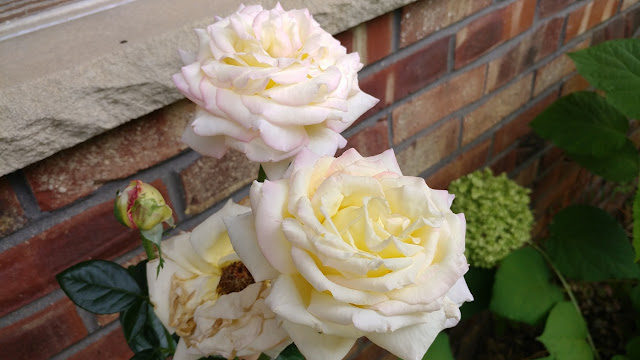 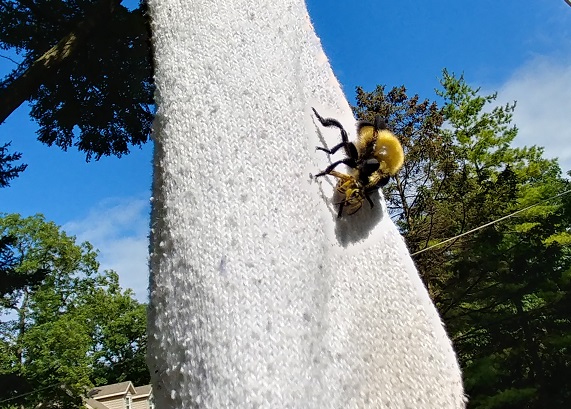 This terrifying bug landed on a sock while I was hanging laundry last week.  I don't know yet what it is.  All signs point to a bee, but I'm thinking its probably a fly.   Turns out its called a Robber Fly. Do you see that it has a yellow jacket in its mouth?  It was so large I could hear it coming from a ways a way. 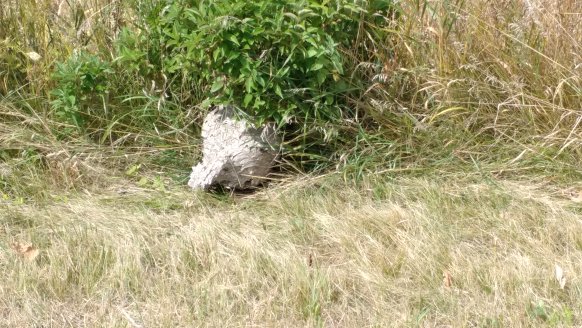 Speaking of flying stinging things, I pass by this paper wasp nest on my walks.  I've never seen one on the ground before.  Its pretty far down in the ditch, but I give it a lot of space! 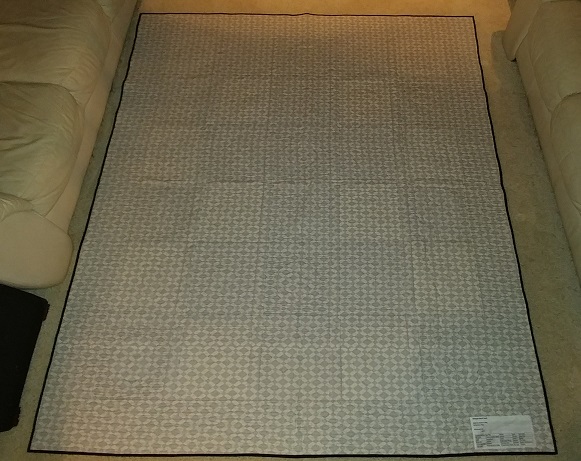 I know I haven't written a post on this quilt yet, I haven't properly photographed it yet, but as you can see its done, and labeled, and its spread out here so that I could sew on a sleeve.  #ultimategeekquilt 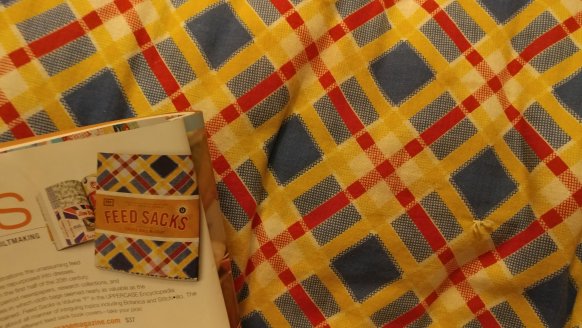 I was UP North at the beginning of August paging through a magazine and saw an ad for UpperCase Magazine's Feedsack book.  The cover pattern looked familiar.  There in the bedroom, the same feedsack material!! 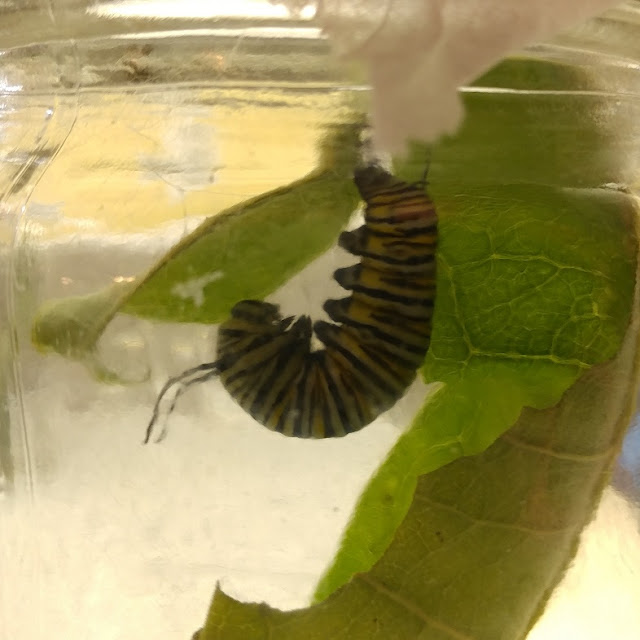 We have a collection of Monarch Butterfly Chrysalis(es?).  Four to be exact.  This is the caterpillar assuming the position before splitting open the skin to reveal the green chrysalis.  I never managed to catch one in the act. 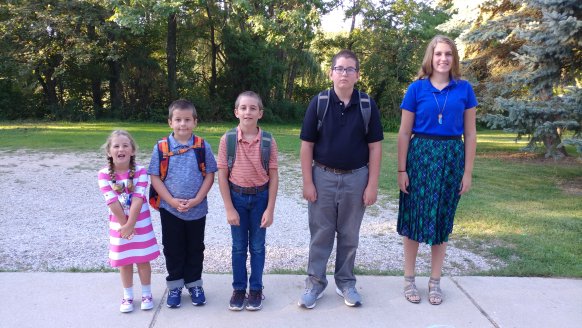 Just like everyone else, school has started for my kids.  Here they are with varying levels of enthusiasm.  Yep, even the baby is in school.  Just three mornings a week, but what a change.  I haven't been alone in 14 years.  Those few hours just fly by. 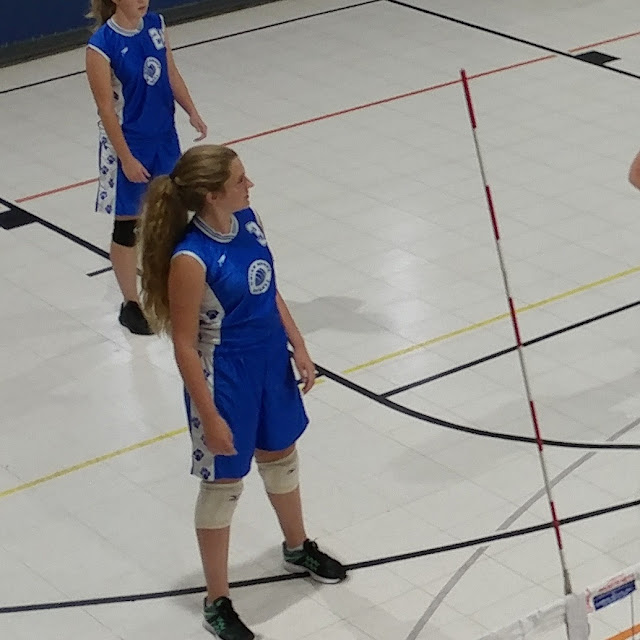 And with the start of school is all the sports.  E is on the volleyball team.  She is doing great this year.  Proud mommy!

there are times when I put things (quilt blocks, cannot understand some things) together backwards and inside out, so maybe your bees are dyslexic?