Renaissance Faire 2016: The Ranger and the Peasant Lady 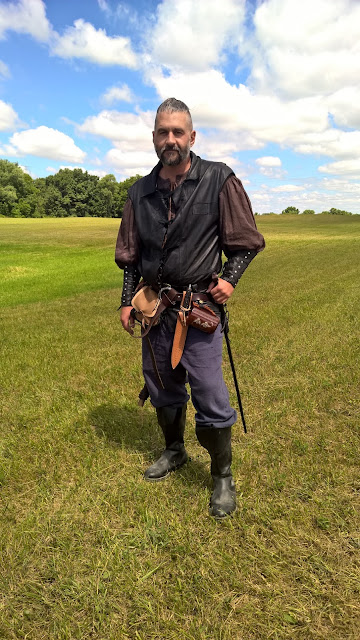 I am lumping Mr. Riley and I together today, because I didn't actually have to do anything for Mr. Riley this year.  You can find all the details of his costume in the following links: vest, bracers, shirt and pants, and pouches. 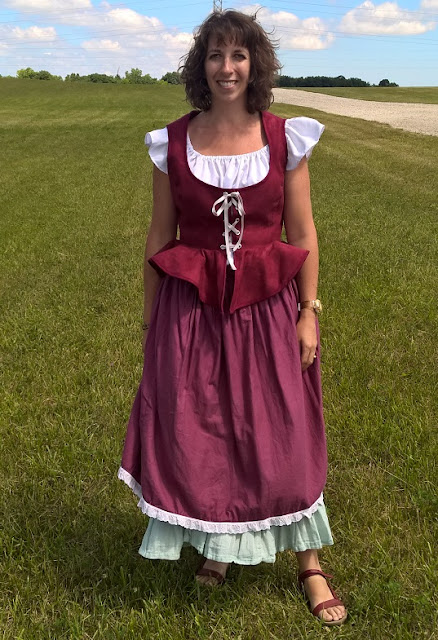 This year for me, the only technically new thing was the corset.  The other pieces were either made and worn previously, or tweaked.

The fabric is a polyester faux suede from the upholstery department at Joann.  Perhaps a little stiffer than I should have chose, but I like the look of it.  The lining and binding is a cotton.  The binding actually dictated the fabric. I had two choices in my cart, the suede and a velvet, but I couldn't match the velvet as well as the suede. 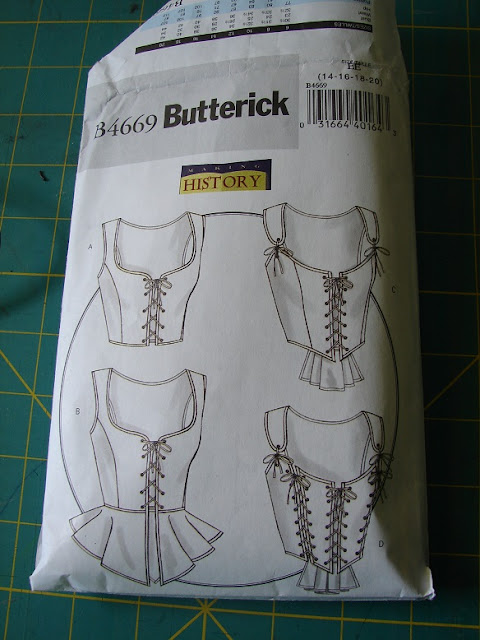 I was originally going to make view A, without the peplum, but as I was working with the pattern pieces, I realized that no peplum on my shape would not be very flattering, so peplum and view B it was! 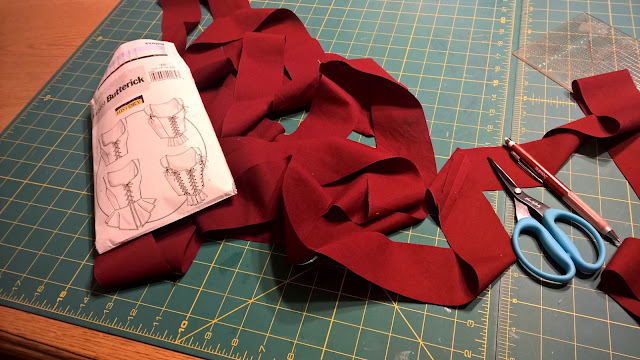 Construction required a very large amount of continuous bias binding.  I found this hilarious, as I think I've only ever bound two quilts with bias binding.

The original post about the white shirt I wore can be found here. Funny thing about the shirt, E ended up wearing it a lot last year, me never.  She recently decided she was done with it, and I rescued it from the donate pile.  While trying it on, I realized the problem for me, the elastic around the neckline was too tight, it would pull way up to my neck.  Very uncomfortable.  So I added some inches to the elastic, so much better, and now back in my costume wardrobe.

The original pieces of the costume can be read about here.  This year, I cut off the top of the green under-dress and turned it into a skirt instead.  The length was better and it was ultimately more comfortable.  I should really make a new under skirt that matches better for the next time we go. 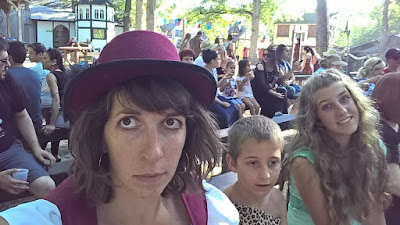 And this year I bought a hat.  I'll have to get a better photo than this weird selfie.  You can't even really see the feather, and my hair was flattening out by the end of the day.  But I loooove the hat.  I tried it on and was sold and then Mr. Riley said yes!  Yay!

Next up will be E's dress.  It took me twice as long to make hers than all the other costumes put together.