I didn't end up putting any effort into my outfit for the Renaissance Faire this year.   I just wore a variation of last year's.  Instead of the under dress, I wore a white top.  I wore the skirt on its own.  I did have to take the vest in a couple of inches (yay!) from last year, and I should have tightened up the skirt, but it was good enough. 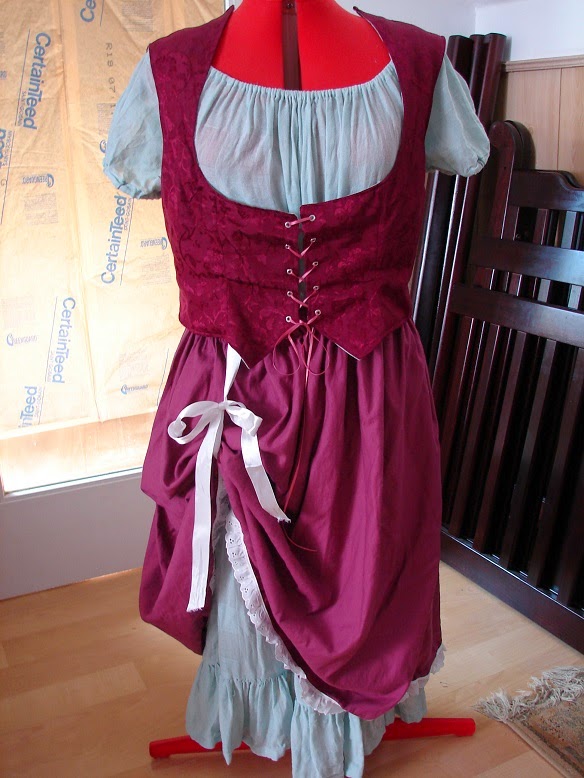 I had intended to make a peasant shirt for the day, but didn't take the time before hand.  I went ahead and finished it a couple days after, because I already had the stuff out. 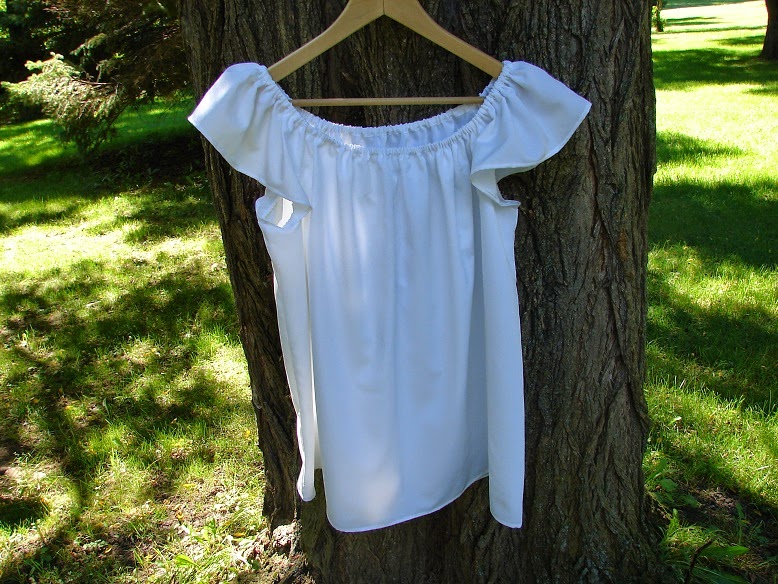 It is an easy pattern, just as it says.  However, I thought it was pretty funny that the very first instructions are about making French Seams.  They are not hard, but if you've never done one, it can sound pretty intimidating.  I thought perhaps I'd wear it as a regular top, but it doesn't hang quite right, its still rather poofy.  I might take it in on the sides, but probably, I'll just save it for next year's costume. 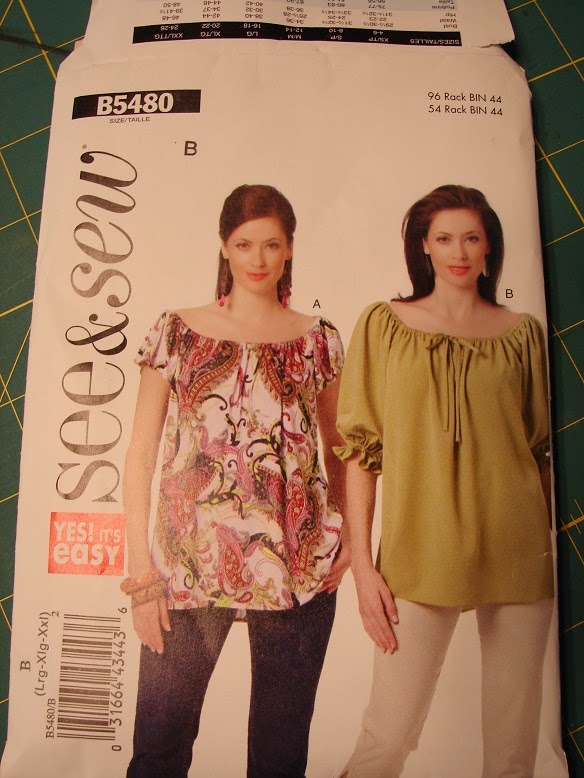 On a completely random side note: French Seams are how I found out all about sewing and quilting blogs almost 5 years ago when making a dress for E.

Fun to read about your R-costumes. That top has a really off-the-shoulder cut. Does it work okay with your weskit of your outfit? (Bodice? Vest? I don't know what you call it.)