Well, Hello!
I suppose its rather been a while.  I thought I'd pop in and show you my current WIP.  You know, besides all the Christmas Preparation. 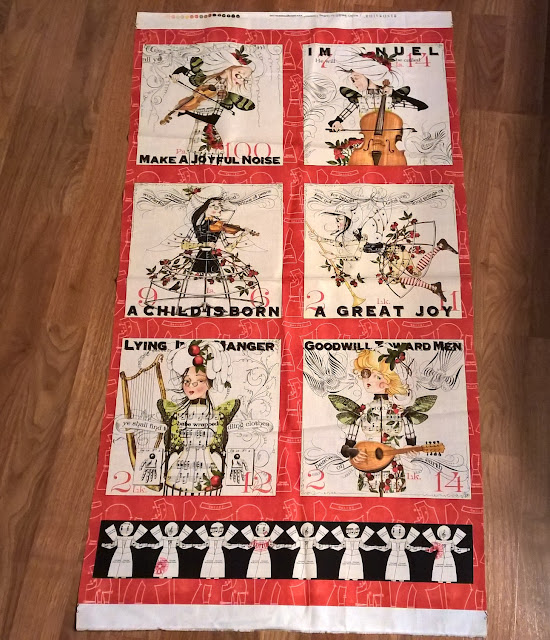 A few weeks ago, I was going through all my collected magazines, trying to decide what was worth keeping, and I came across an ad for this fabric.  A year later.  I wouldn't recommend falling in love with a fabric a year after it comes out.  Anyway, I decided I had to have it.  You see, I saw that particular angel in the middle right square.  She is wearing the Belt of Truth and the Helmet of Salvation.  All the verses have to do with prophecy and the birth of Christ.  And angels! And music! And pattern pieces!  And paper dolls!

So now, after a couple different purchases I have enough of the fabric to do something with.  The interesting thing is that most of it is in panels, so, I am creating blocks. 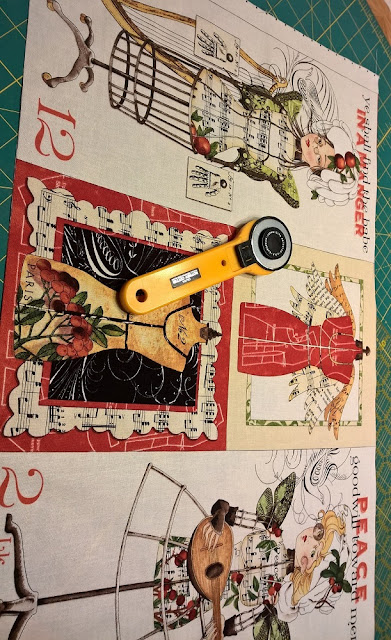 I've cut up all the pieces on the lines (not printed square! Grr)  And I've been adding fabrics, a piece at a time to get the blocks up to 15.5" square.  All the blocks are bordered with the black, so it should create an interesting cohesive layout. 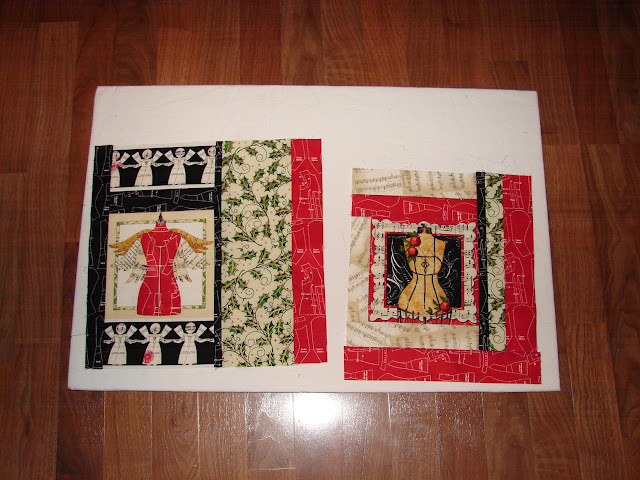 The holly leaves and the music print are not from the Handmaids collection.  But I like them and think they go well enough.  So I've been building blocks, one at a time, somewhat randomly.  Its a rather slow process, but since it is selfish sewing, I'm rather enjoying it.  The down side, is that since there is actually no deadline, other things come first, so I haven't spent a lot of time at the machine. 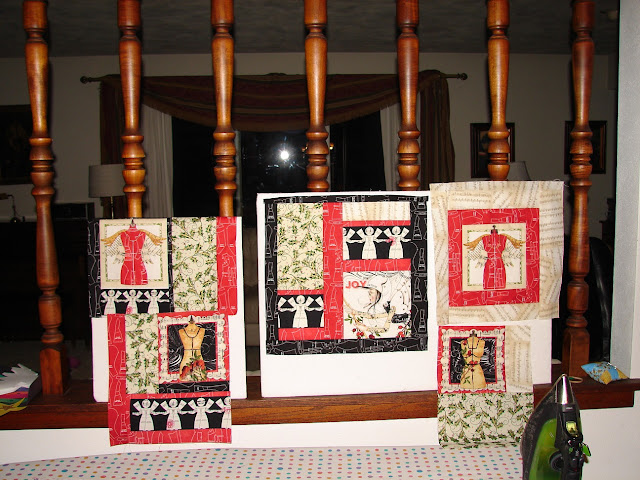 And then, the other night when I was building blocks and wanted to see them, I put up my two wimpy design boards up against the railings, and I had an epiphany, I could prop up a whole big design board here!  So that is on the list to make, hopefully soon.  I have a large box in the barn that would probably work.  I need to decide batting or flannel.  Probably flannel, as it is cheaper.

I love your blocks Rachel!!!! I remember when that fabric came out. I thought it was a bit too steam punk and passed it up. By the time I decided I really liked it, I decided I didn't feel like a fabric hunt!!! I can't wait to see your finished quilt.

I'm so glad to see this post, as I just bought a large panel of her Valentine print (new out this month), but after seeing your panel, I wish I had that one too. I like her scripture references, as this year I'm a teacher in our Sunday School again and have really enjoyed diving into the scriptures.

Given that this post is mid-December, I think your life has been busy. I send my wishes for a Happy New Year to you, and hope you got all your projects done for a very Merry Christmas!