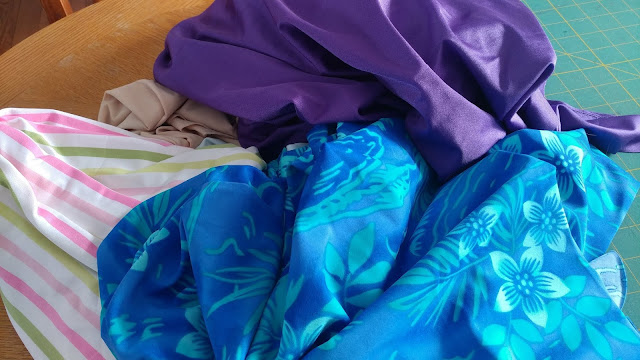 I did some swim suit sewing for Mini.  I've done swimsuits in the past.  It's doable, even without a serger. The above pile is the fabrics I started out with.  I bought the purple, don't know where the stripes or blue came from. 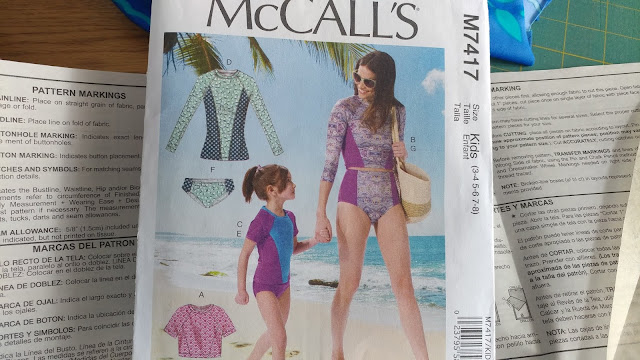 Coincidentally those colors match the pattern.    Lots of pieces for a simple two piece, but its because of the color blocking. 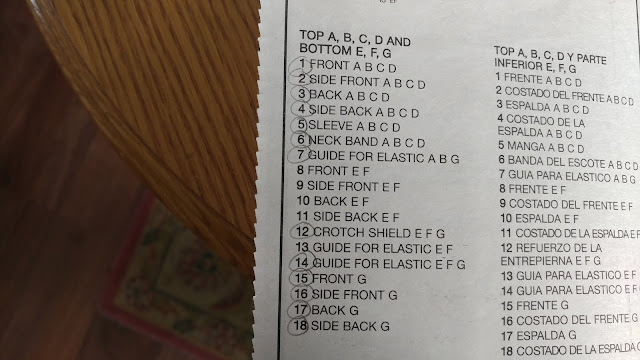 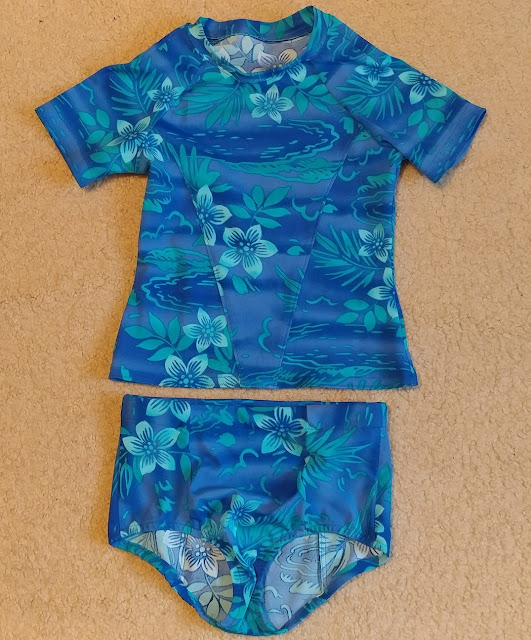 It turned out OK. 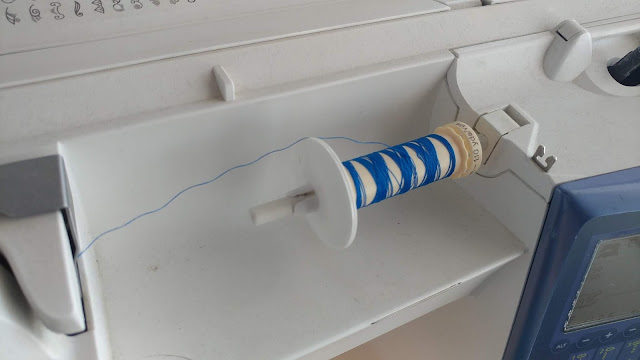 I even emptied my first spool of thread for the year.  The seams were all double sewn, so that is a lot of thread!

I also found an error in the pattern.  The notches do not line up.  It was much easier to sew after I figured that out. 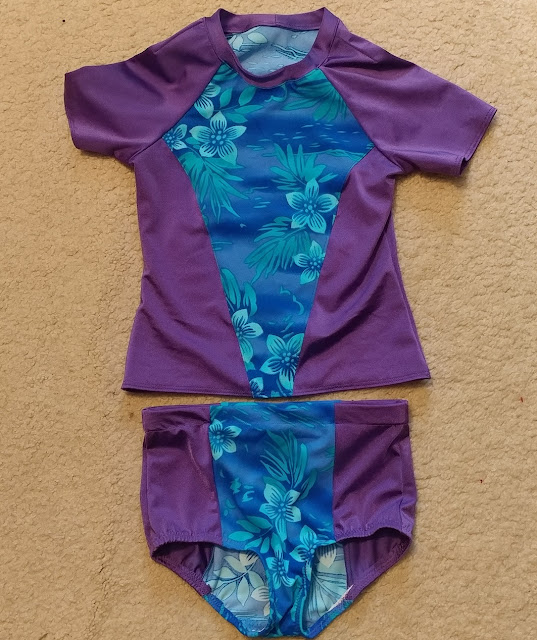 There was just enough blue to add to the purple for a second suit. 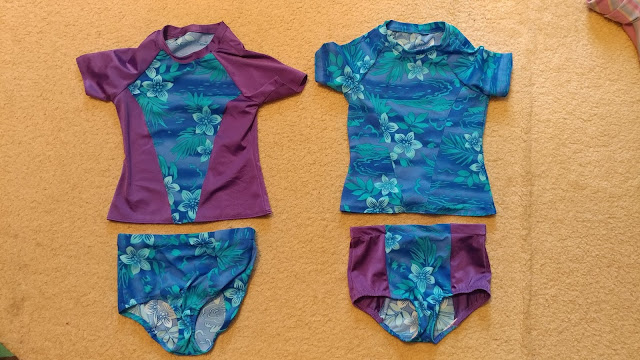 At this point I realized that she also still had two almost brand new suits in her box, so I was done sewing!

Both Mini and her older sister rejected this fabric, so I've put it up in my Etsy shop. 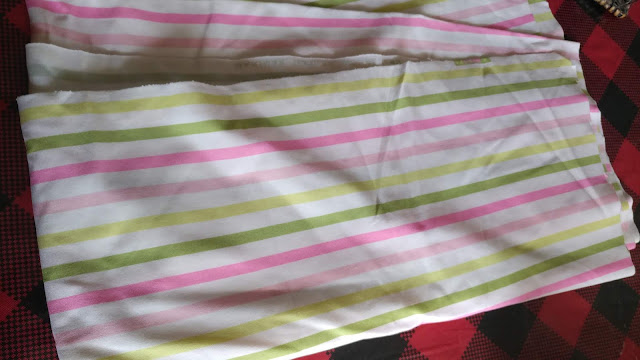 Over 160k men and women are using a simple and SECRET "liquids hack" to lose 2 lbs every night as they sleep.

It's proven and it works with everybody.

You can do it yourself by following these easy steps:

1) Hold a drinking glass and fill it up half full

and be 2 lbs lighter when you wake up!