I haven't done one of these posts in ages!  But we've had some significant birthdays around here, and I know I've got family who read the blog who would probably like to know what's happening. 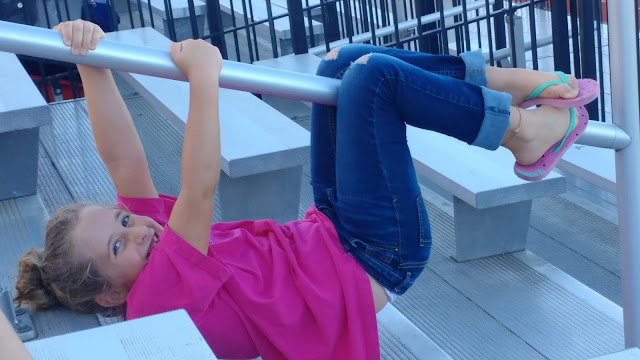 The three younger ones are full of shenanigans, especially when dragged to older brother's football games.  They are at a new school this year, which seems to be going well.  Just a bit more driving time for mom and dad. 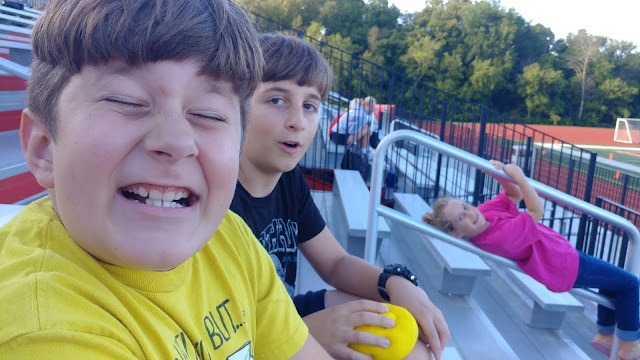 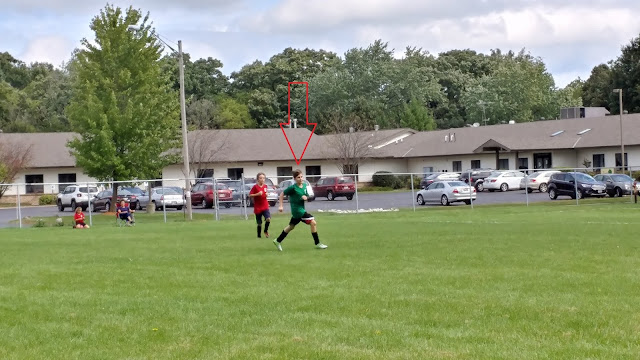 Wes is playing rec league soccer.  Has a really good coach, and so far they are undefeated.  Coach is good about rotating players, so Wes plays all positions, including keeper (goalie). 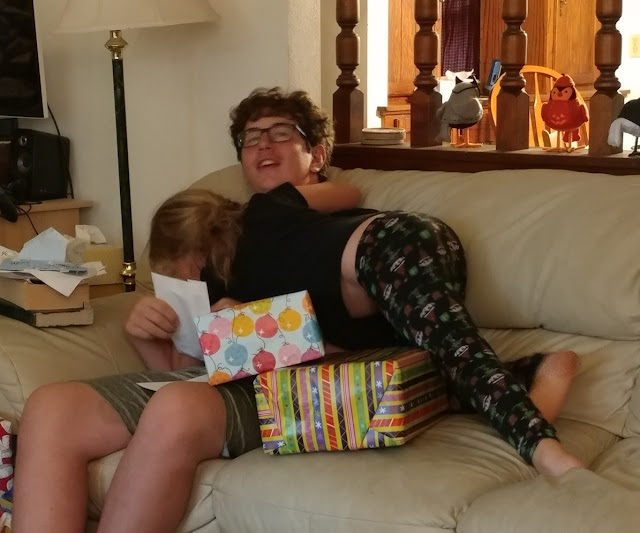 WD just turned 14 this week.  Mini loves her big brother, this is after giving him a card she wrote that explained that she loved him even though he had fluffy hair :) 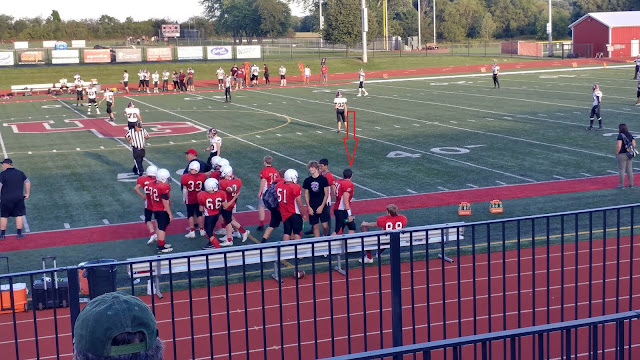 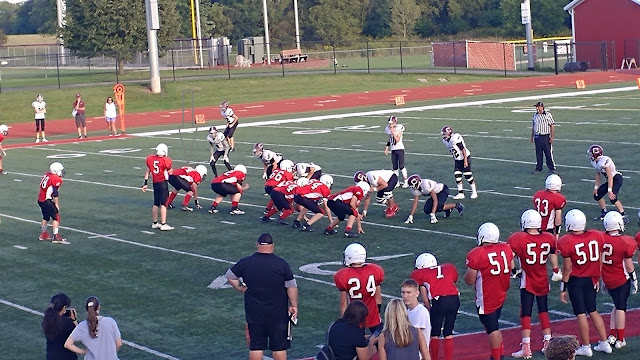 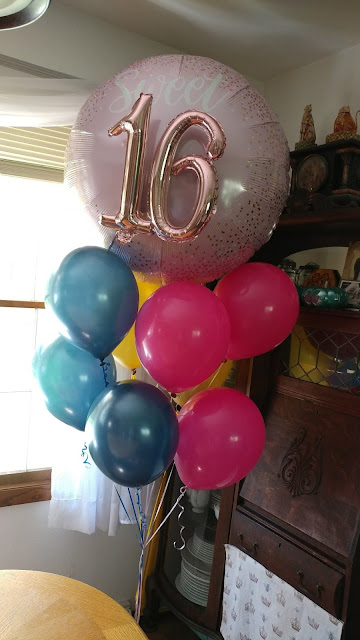 And E turned 16!  She has expensive tastes, asking for steak and cheesecake for her birthday dinner. 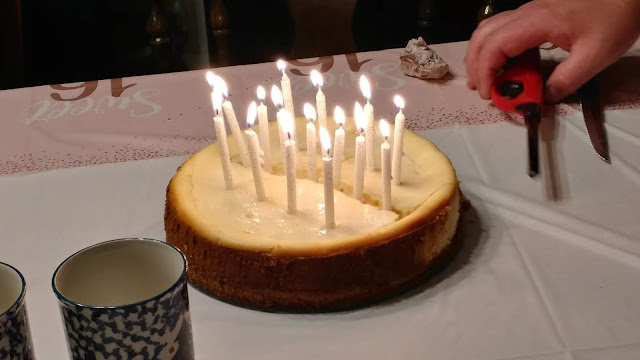 Wednesday she passed her driving test.  The biggest celebration is no more bus in the morning (makes an hour difference in leaving the house) AND she can run errands for me! 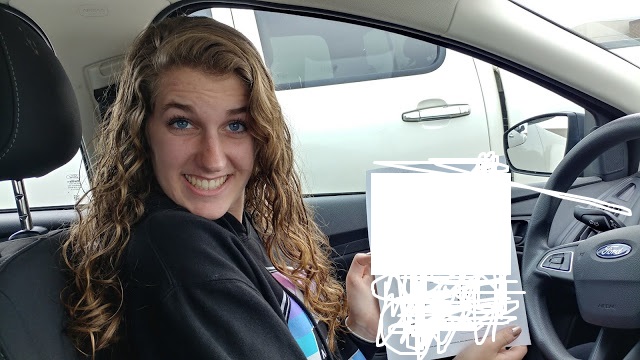 Your household is growing up! Congratulations to the birthday boy and the new driver: big changes!