As each kid in the family has come up to the age of 10, they've gotten their Big Kid Quilt.  Wes chose a long time ago to have a Saturn V Rocket with the Skylab Shroud on his quilt. 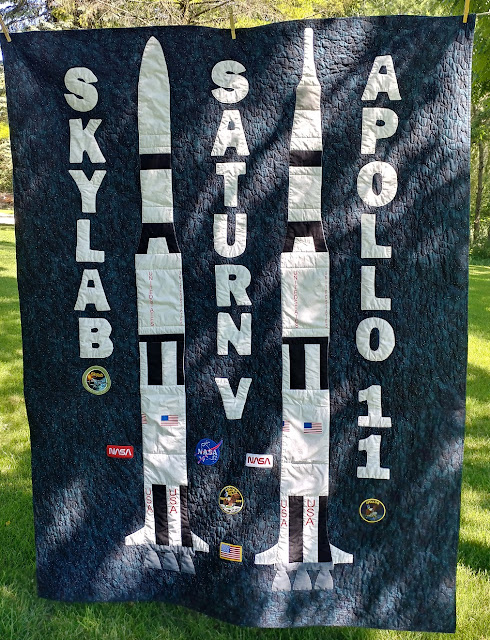 Little did I realize that his 11th birthday would be right before the 50th celebration of the landing of the Apollo 11 mission on the moon.  The size of this quilt was determined by the size of his bed and also the backing, which I made first. 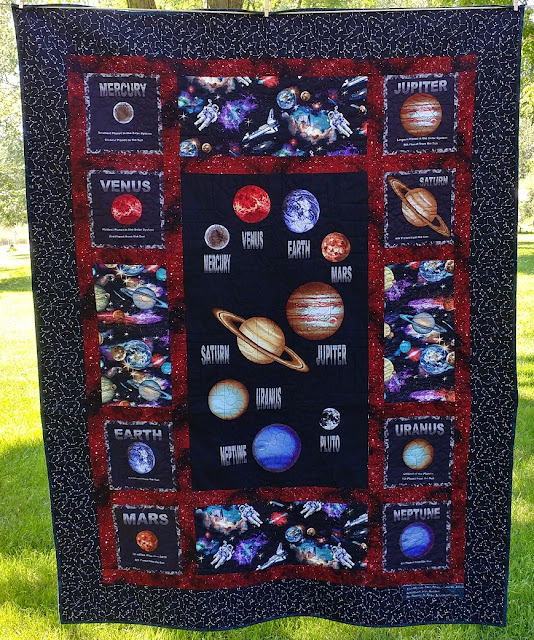 Panels of the planets (yay! Pluto!) 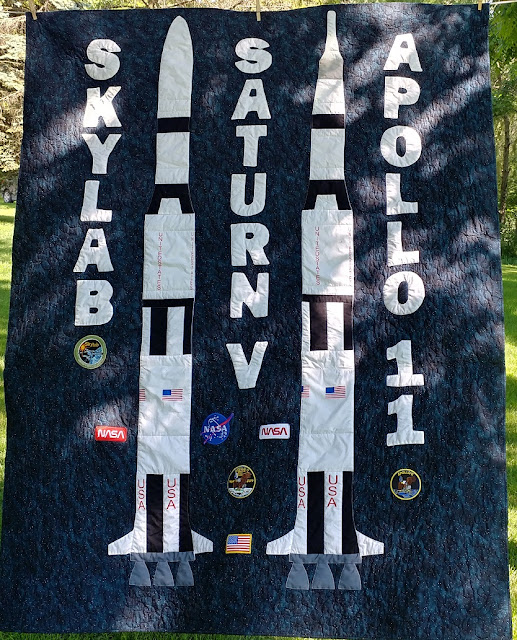 So when I originally stared designing the rocket, I realized that it would be very lonely given the scale of the front of the quilt.  So I consulted with Wes and we decided to add Apollo 11, and words to fill in the front. 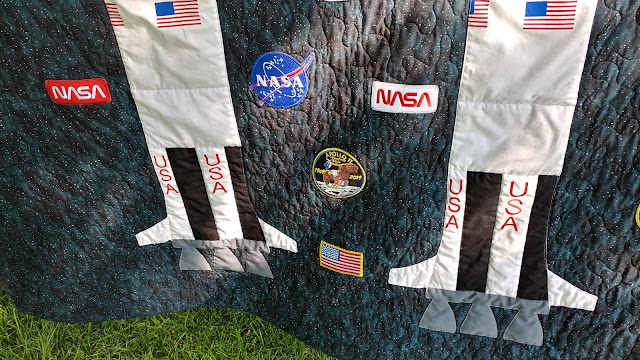 I also ordered and sewed on mission patches from Apollo 11 and Skylab, including a special commemorative Apollo 11 patch with the years and astronauts names. 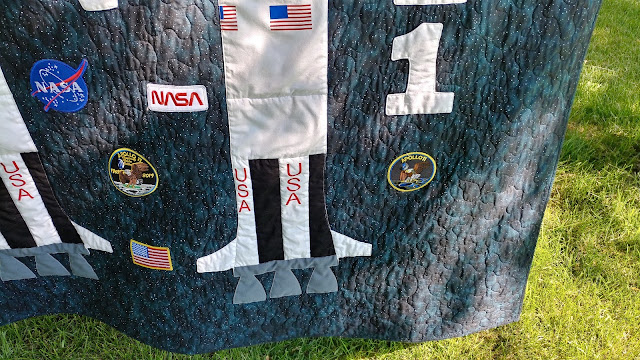 As I was finishing it up, I told my husband that I could pretty well guarantee that no one in the world has a quilt like Wes! 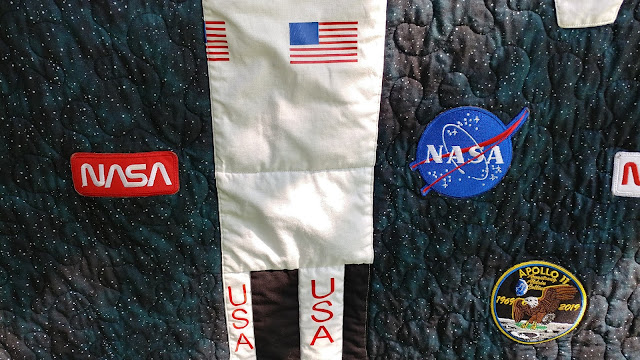 I will try to put together a post on how I created the two rockets and the lettering.

That is fabulous for a young man.

This turned out great. I've enjoyed seeing it being built, rocket section by rocket section, and what terrific timing for the 50th of the moon landing. I think your addition of the patches was brilliant. Way to go, Mom!