I had a couple of small quilt tops that were finished with no particular project in mind for either one, so I decided that I would make them into pillows.  In general, couch pillows drive me crazy, because they always end up on the floor.  On the other hand, I guess that means they're being used. 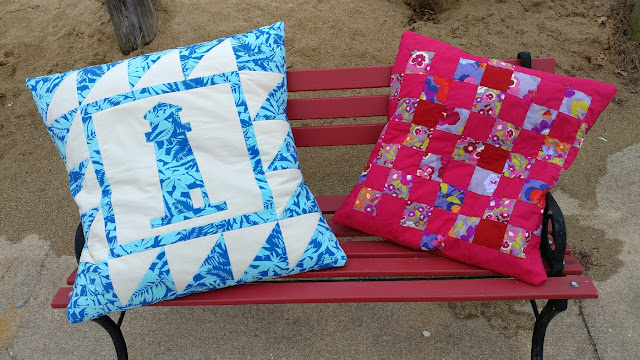 Here are the two pillows.  I took them outside on a gloomy day for pictures.  We've mostly been having gloomy days, it seems. 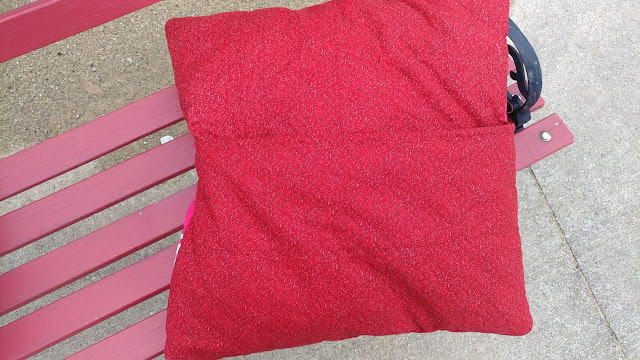 They've both got enveloped backs.  The fronts and backs are lightly quilted.  This was deliberate, because I knew that I was making pillow forms with batting scraps. 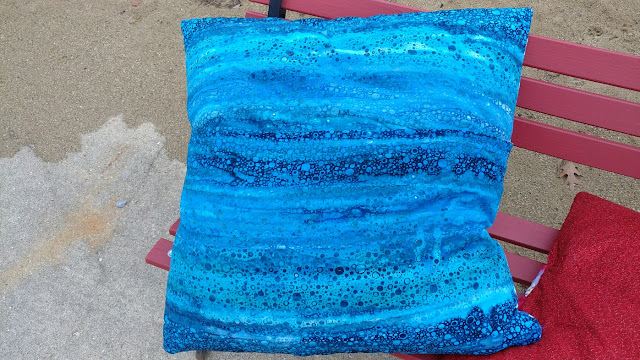 I know you are wondering about stuffing with batting scraps.  I'll share how I did it. 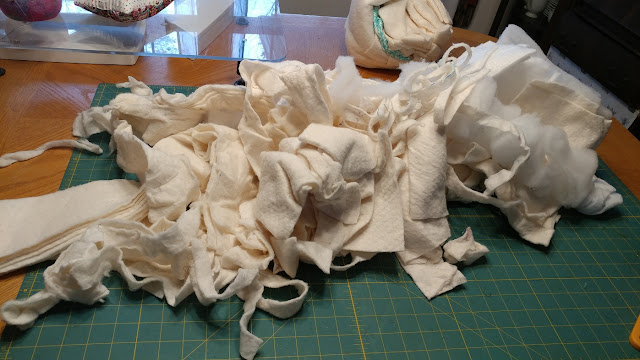 Here is a shot of some of my scraps.  I would say I've been saving them up for 5 or six years, based on some of the fabric that was mixed in with them.  I've gathered all types, cotton and poly, of various weights. 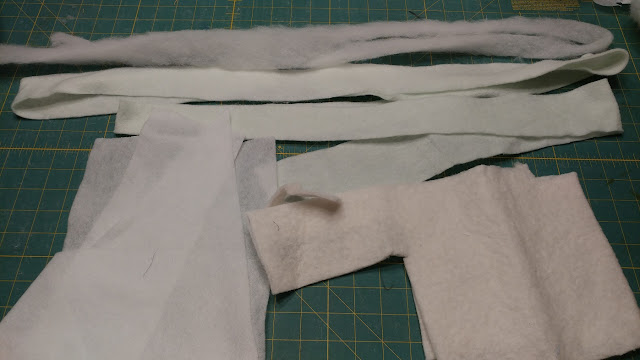 I laid them out on the cutting mat, no more than two layers thick and ran my 60mm rotary cutter over them, making squares roughly 1" square.  Very roughly. 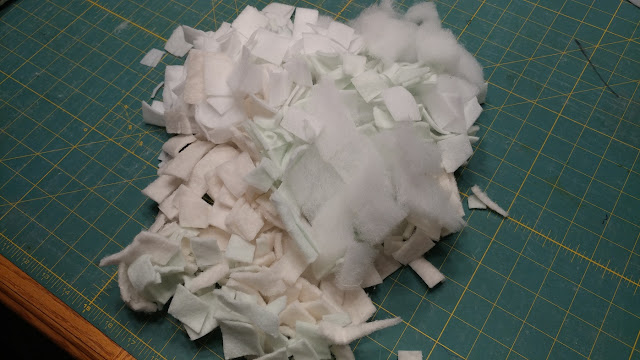 Then I gathered them all up and used them to stuff the pillow forms.  Easy as pie.  I made the pillow forms with fabric that is "extra".  You know the kind that you've had forever and for some reason you have 30 yards of it... 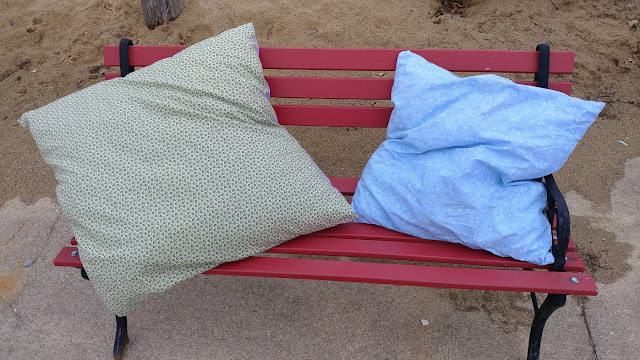 The main question is: Are they lumpy.  The answer is: Yes.   The one on the left is much more full than the one on the right, so not as noticeable.  I washed and dried them in a warm wash and dry after stuffing them in an attempt to fluff up the batting.  It did work but they are still lumpy, but not bad lumpy.  That is exactly why I quilted the pillow cases, to counter act the lumpiness. 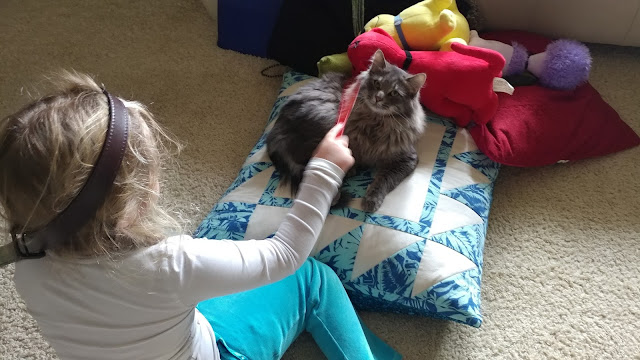 Or, if you prefer, use them to make pet beds. 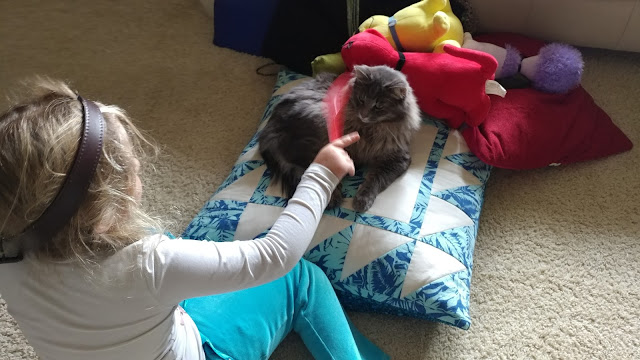 They've already gotten quite a bit of use. 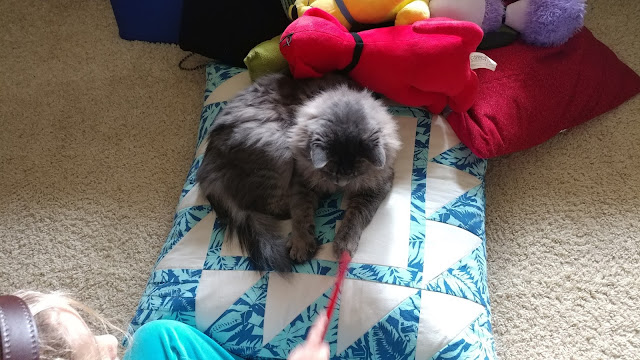 In fact one is being slept on right now after a night of fun by one of my boys. 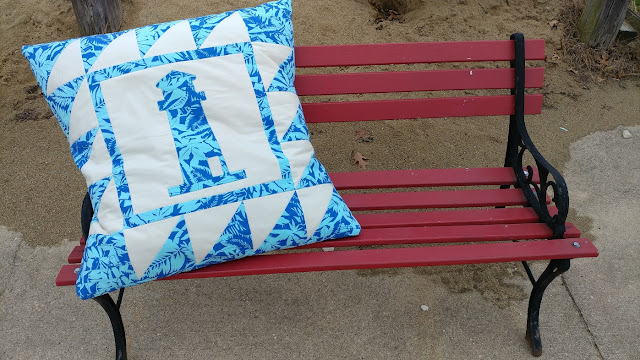 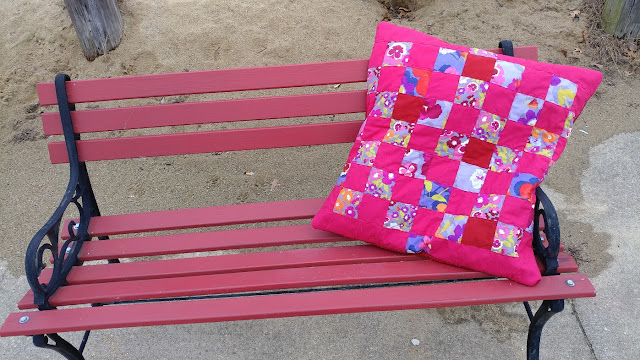 If you try this out for yourself, I'd love to know what you think.