The good thing about having regular readers of this blog, is they ask me questions when I mention something in a post and I realize I have been remiss in keeping some things updated. 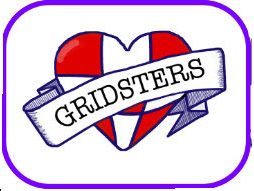 So, the Gridster Bee. After checking my posts, the last time I talked about it here was May - because it was my month!  So let's do some catching up.

There are 12 of us participating, so a Queen Bee for each month, asking for a block or two in their chosen colors and pattern. 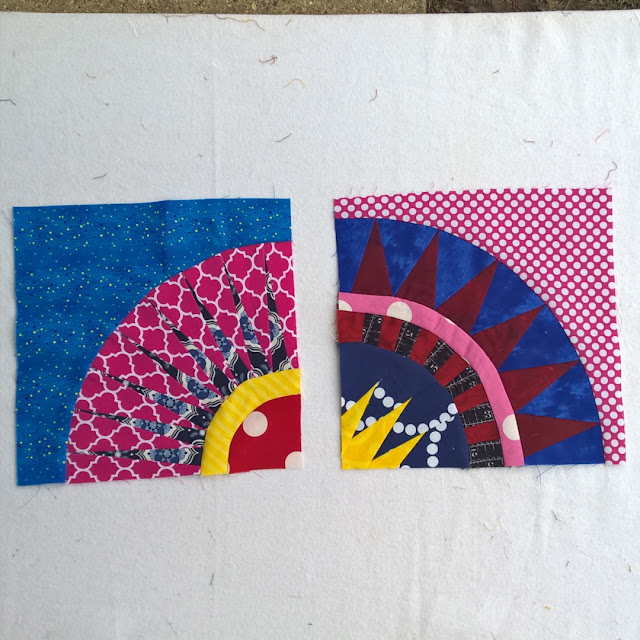 In January Susan asked for New York Beauty Blocks.  You can check out her blog to see what she did with them. 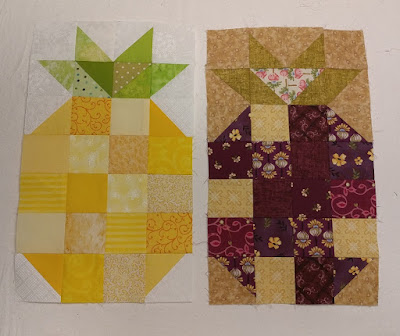 In February Sherri asked for Pineapples.  The one on the left is hers, the one on the right is mine for my sampler. 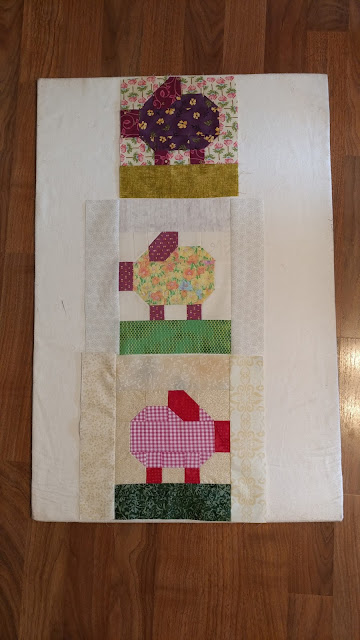 In March, Elizabeth asked for Piggies. (The top one is mine) 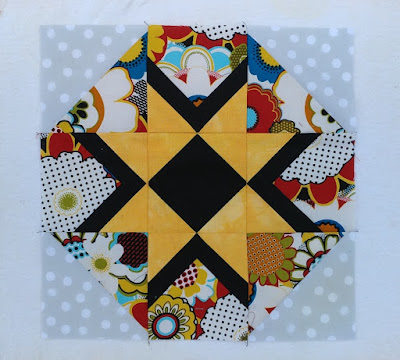 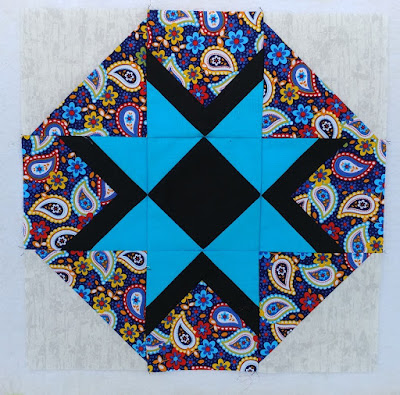 In April Nancy asked for block of her own design. 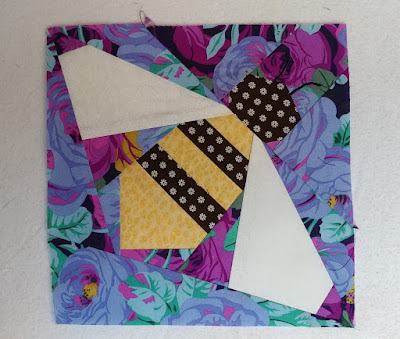 In May I asked for paper pieced Bees. 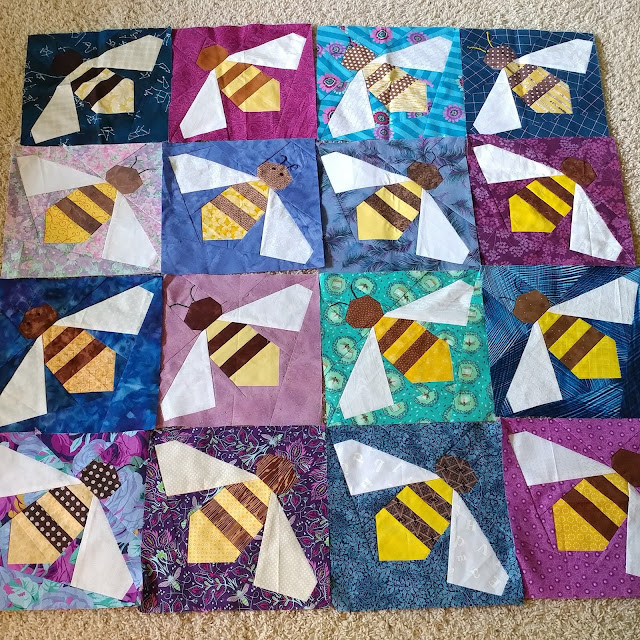 Here they are all together. 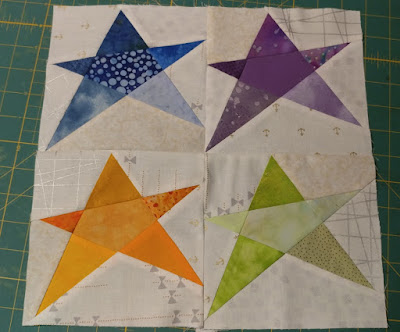 June was Mary's turn and her block was Confetti Stars 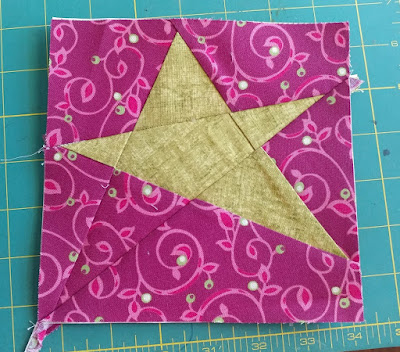 Here is my unsuccessful first try! 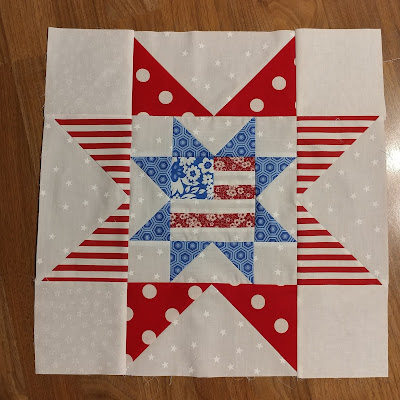 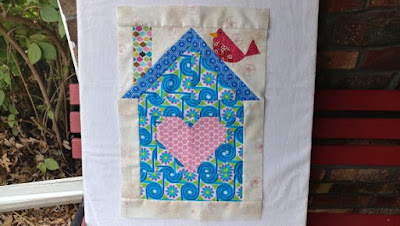 August: Debbie (IG littlebirdquilts ) asked for houses from the Moda Be My Neighbor blocks.  We each did the block corresponding with our month number. 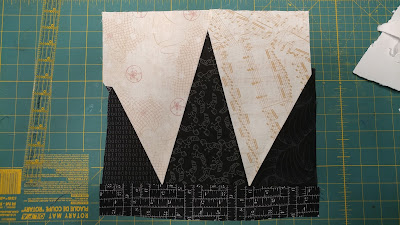 In September Simone asked for blocks she called The Grand Tetons, which she designed herself. 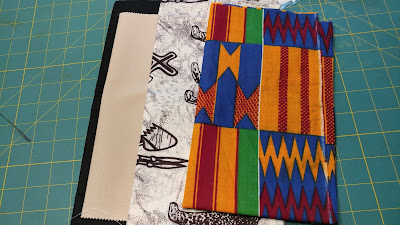 For October we were actually sent the fabrics to use in the blocks by Leisa (IG leisabplocher)  Her parents had been missionaries in Africa and had collected the various fabrics for her. 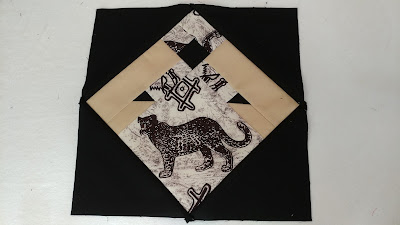 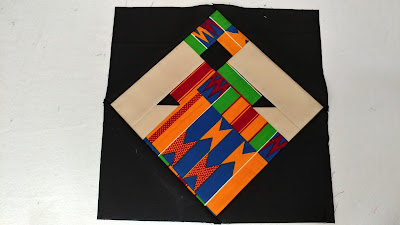 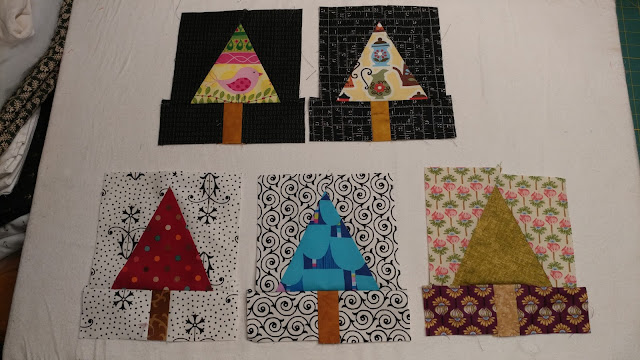 November's blocks were for Lisa (IG nymblefyngers)  Bright Christmas trees on black or white backgrounds.  She is adding to a previous project.  I got these done and sent early - in September.

We have just one more month to go.

As the year has progressed I have made a sampler block for myself in my own set of fabrics to commemorate each month's block.  It started because I knew I'd need practice for that New York Beauty block, but practice is good, and I thought a sampler would be great.  Here are my blocks so far.  I will probably make more, but I didn't want to run out of fabric until I knew what everyone was asking for.  That is why the patriotic star only has one star, not double. I'm sure I'll make more stars.... 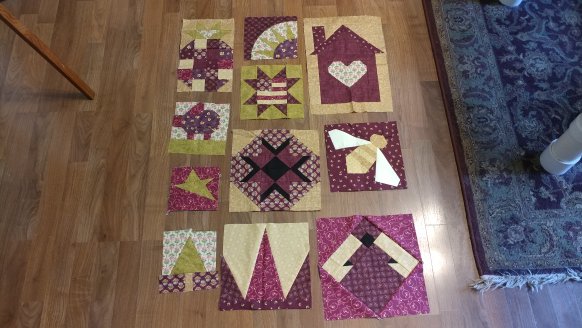 What fun! My favorite are your bees. They are right up my alley. :)

Great recap on the year. They were all fun blocks.