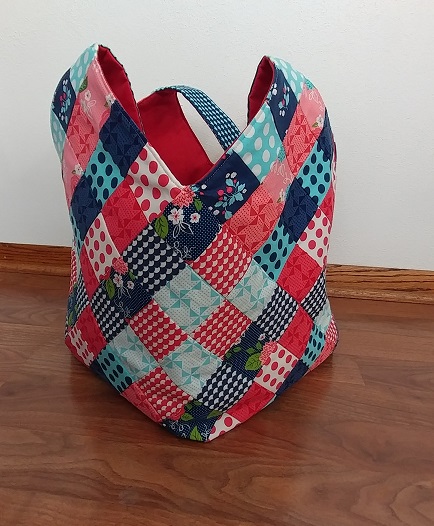 After seeing the pattern around on the internets for a while, blogs and instagram, I bought myself the pattern for the Mondo Bag. (my blog record shows I bought it way back in November)  It is a Quiltsmart pattern if you're interested.  I've had the pattern since before Christmas.  I was waiting until I had some selfish sewing time to get it started - which was in February.  It was also a chance for me to get to know my new Singer Featherweight.  More on it in another post. 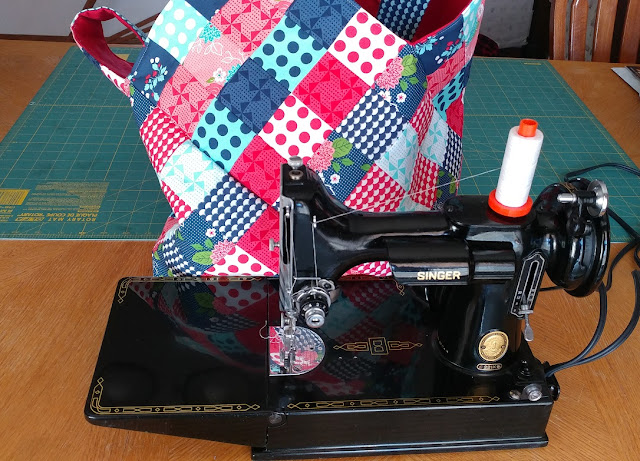 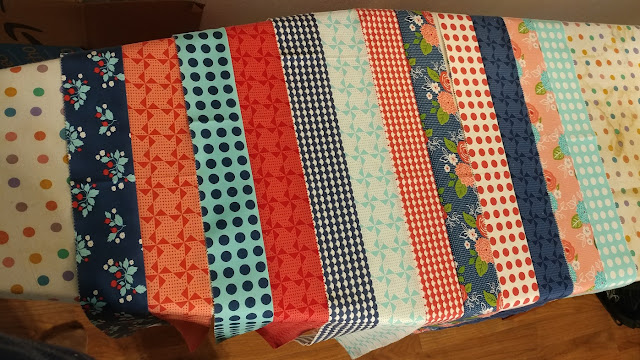 I started with a bunch of strips from a couple jelly rolls of Gooseberries.  They were originally purchased for a signature quilt, but I have a lot of left over.

If you have purchased or made this pattern, you know that it comes with preprinted interfacing on which you are supposed to fuse your 2.5" blocks.  Well, I sort of hacked the pattern.  You see, I didn't want to never be able to use it again.  I also didn't want to cut all bazillion 2.5" squares.  So I strip pieced into fours.  Then cut 2.5" strips across and laid them out according to the picture.  Then I sewed the strips together into the right sized rectangles for the pattern.  After each rectangle was pieced - THEN I fused (my own-unprinted) interfacing to the whole rectangle and proceeded to follow the instructions from there. (mostly) 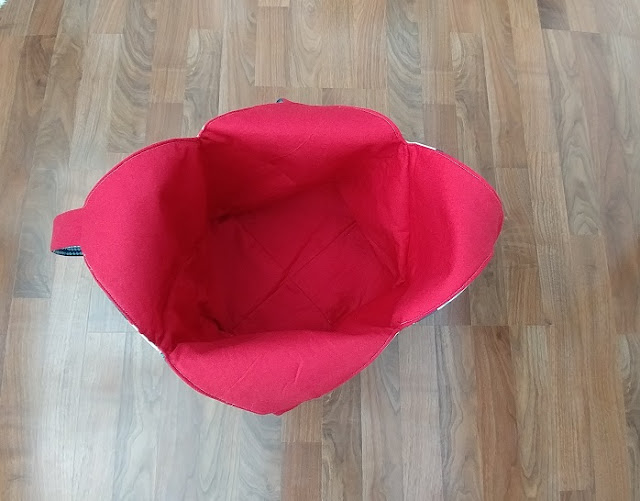 The inside - looks like a flower opening up.  This being my first bag I didn't do any extras like pockets or key tabs.  I tend not to use those anyway, however well meaning I am. 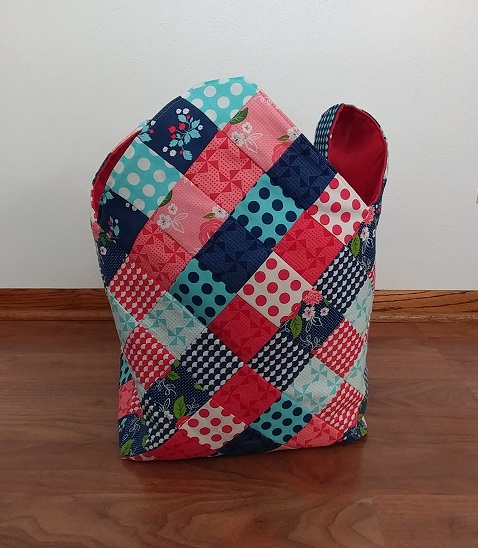 The strip piecing made more of a pattern of the squares than random, but I think it looks pretty good. 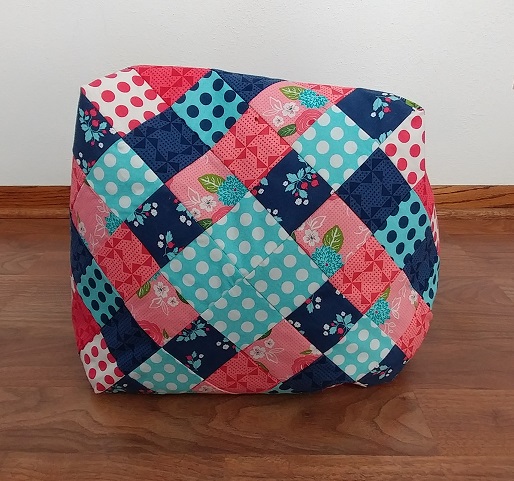 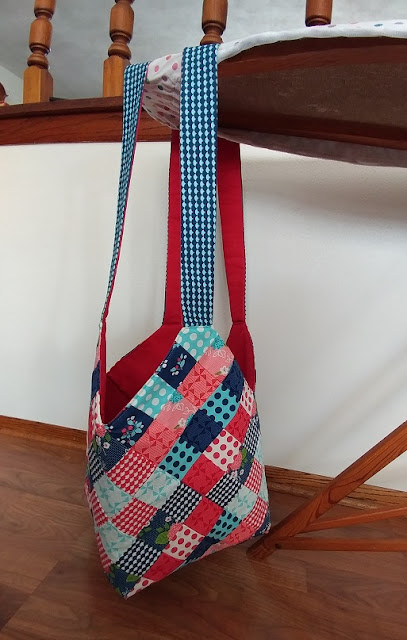 I confess that I did not consult the pattern for the length of the straps, so I think mine ended up rather long in comparison to the bag - but at least I know they'll fit over my shoulder!


So would I make another Mondo Bag?  Definitely - it was a fast and easy project. I did it all on my straight stitch feather weight.

True Confession: I thought it would be bigger.  After all the hype written in the pattern about the size - I couldn't actually fold up an entire queen size quilt it in.
On the other hand, now that I understand the basic concept of how it goes together, I could make any size I wanted......
After all, I've got more jelly roll strips!

Rachel!!!! I love your bag! I have had that pattern, in fact I have the large and small pattern, for years. I am afraid to tackle it. I love, love, love your idea of not using the interfacing included to I could make it again - yippee! Can you tell by all the exclamation points that I am excited. What fabric line is that? I love the colors.