Time to start writing on the blog again.  Also known as "What I did on my summer vacation" or "Why I haven't been blogging"

We generally head to the UP of Michigan once or twice a year for vacation.  We finally managed to squeeze a long weekend in at the beginning of August. 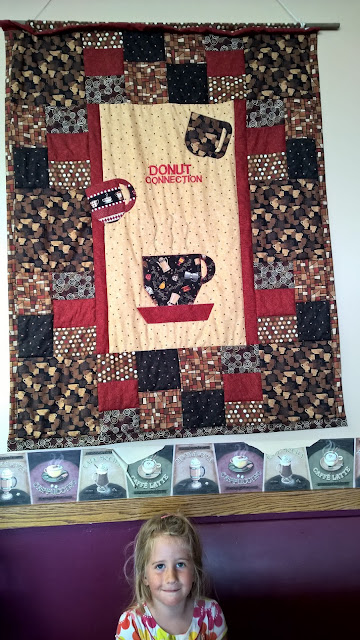 On the way we always stop in Escanaba, MI at our favorite donut store: Donut Connection.  This time there was a quilt hanging in the seating area. 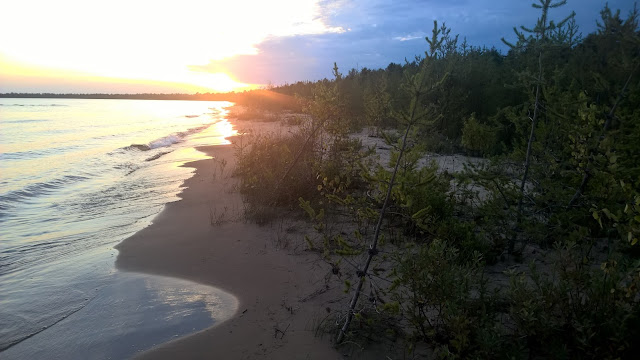 Ahh, Lake Michigan.  Probably one of my most favorite places to be.  For many years the lake water levels were quite low.  This has led to a large amount of plant growth on the beach.  Now, the water is starting to come back up (a good thing) but that means there is much less "beach" to play on.  We found many instances of trees being uprooted by the waves, so I think the lake will reclaim the beach once again. 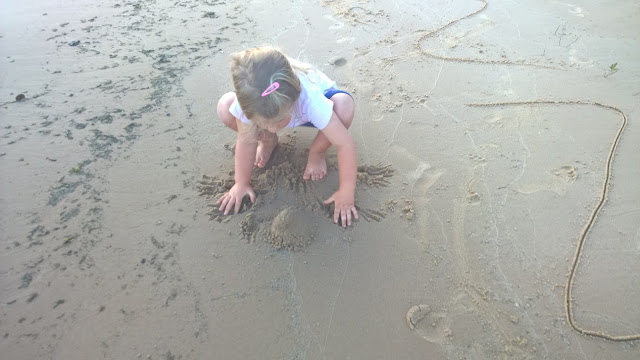 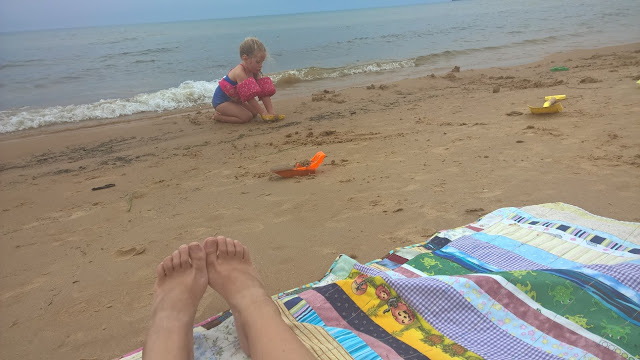 It looks dark and rainy in this picture, because there are storms coming.  I shooed everyone to the beach in the morning because the afternoon ended up being rained out. 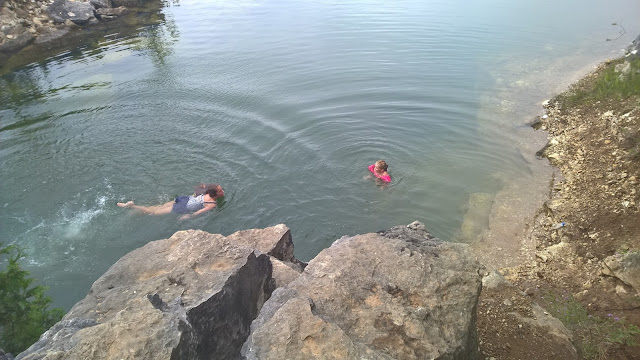 We did some swimming at an old quarry, as well.  The water here is crystal clear, but interestingly harder to float in.  I think it has something to do with high mineral content. 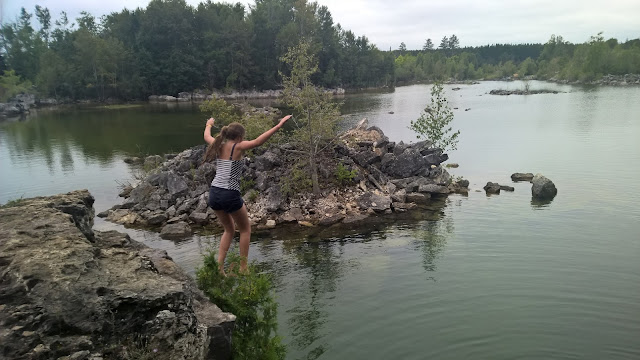 E jumping off the top of the rock. 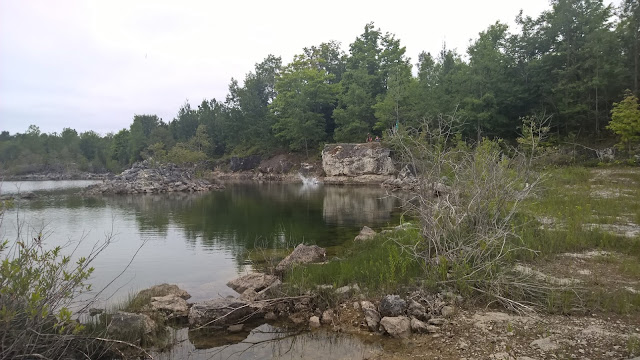 And her splash below. 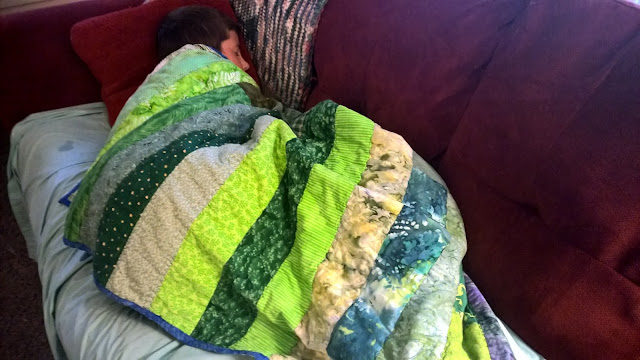 WD brought his quilt along - the one he made.  It was great to see him actually asleep under it.  He is also growing out of it! 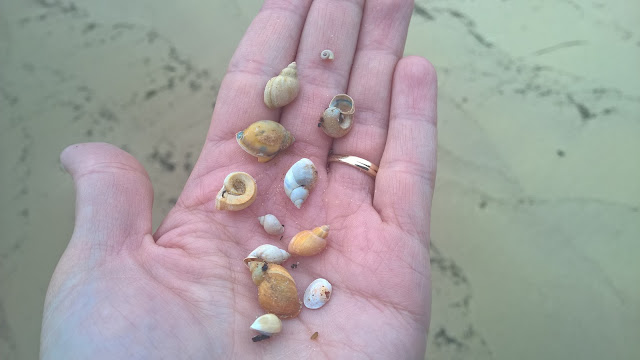 I'm used to collecting shells when we've been on the coast, but this is the first time I really noticed the small shells from the lake.  I didn't keep any, they are so small and fragile, just fall apart back into sand. 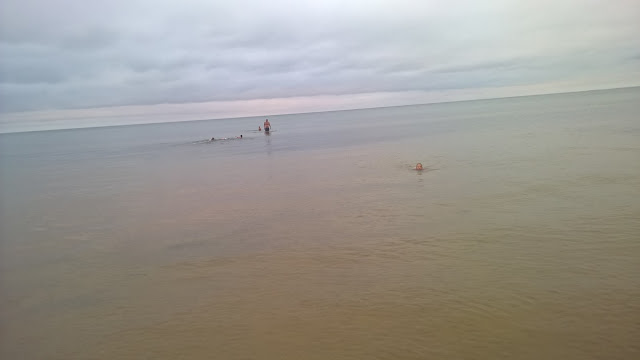 The lake was very calm.  (that's Mini's head swimming back)  The air was pretty cool.  I have finally reached the point where I don't have to play lifeguard all the time, so I only swim when the conditions are favorable. 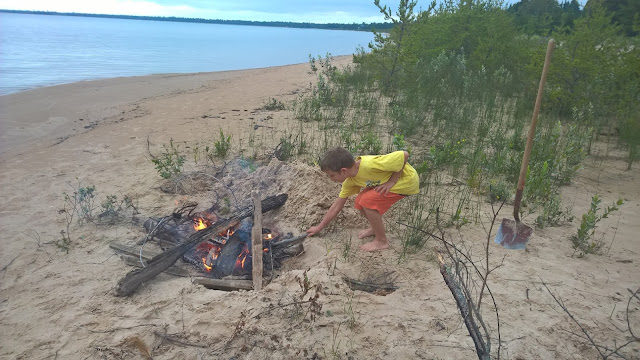 One of our (the kids', actually) favorite things to do is build a fire on the beach and cook out. 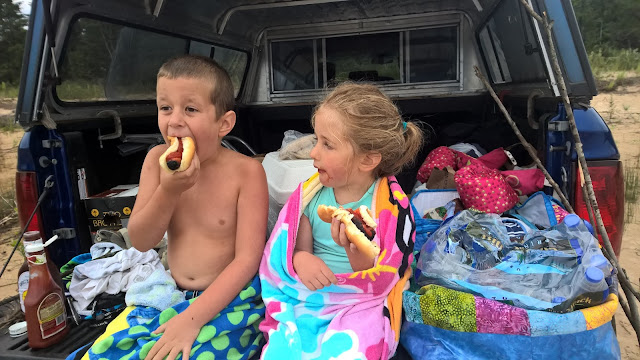 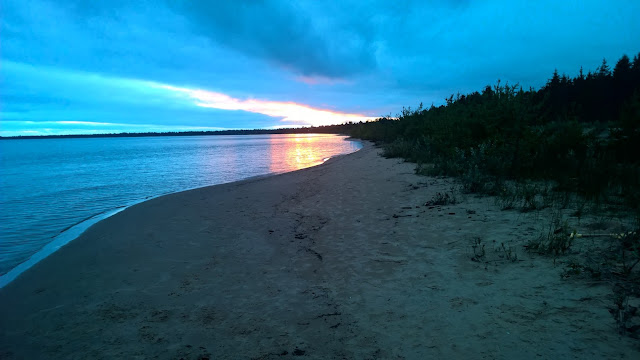 The "Top of the Lake"

This looks like an idyllic vacation, Rachel, complete with hot dogs on the beach--Wow--so great! All these pictures brought an early-morning smile to my face; I'm so glad you posted them. That last picture is really beautiful, with the sunset and the blues. Maybe a Four-in-Art piece?