First we'll start with some more historical sewing/textiles and then move on to inspirations. 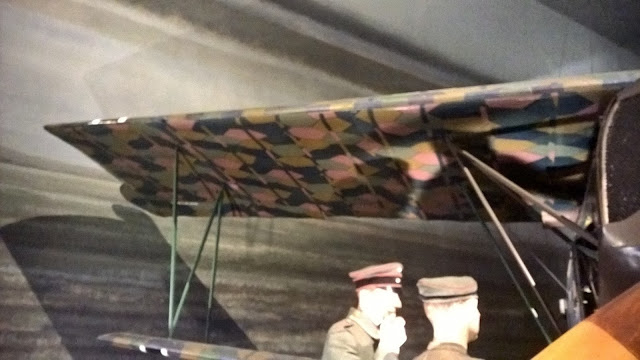 This is a German Bi-plane in the National Air and Space Museum.  I first noticed it because of the "camouflage" pattern on it. 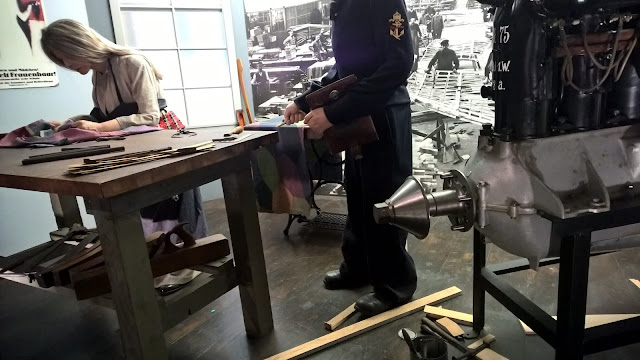 Then I found this display of a German woman sewing the fabric to make the wings! You can just see the treadle behind the standing officer.  There was also a propaganda poster about German women donating their hair to make belts for machinery because the Germans were unable to get rubber by the end of WWI. 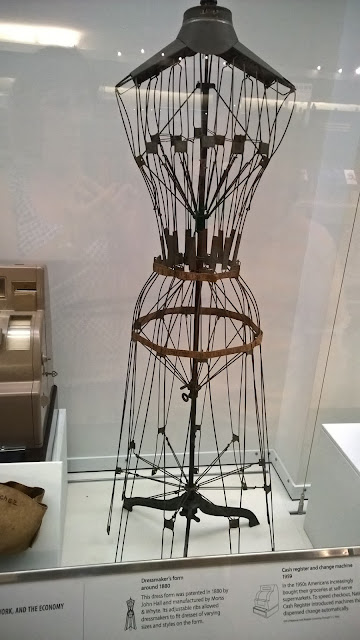 The adjustable dress form, above, and small sewing machine, below, were both in the National Museum of American History in the patent display. 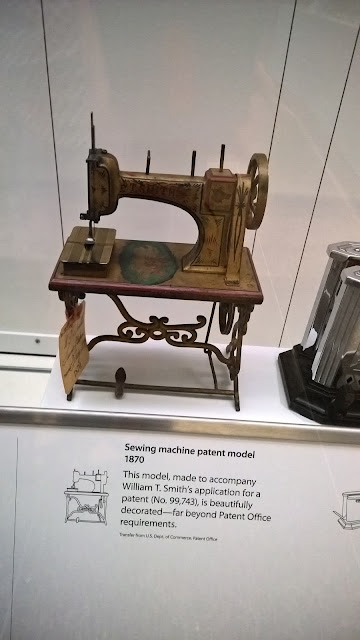 On to some inspirations: 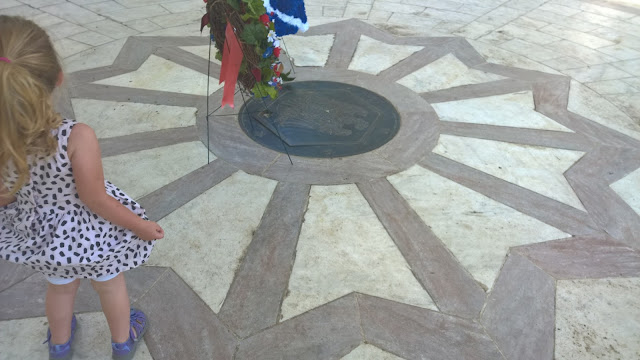 Floor in the WWI Washington DC Memorial.  We were there just after Memorial Day, so there were many floral decorations at the various monuments and memorials. 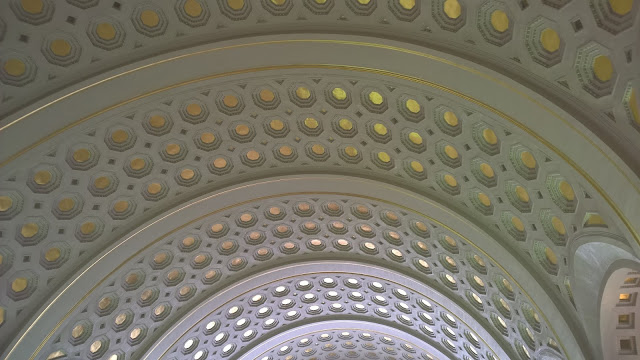 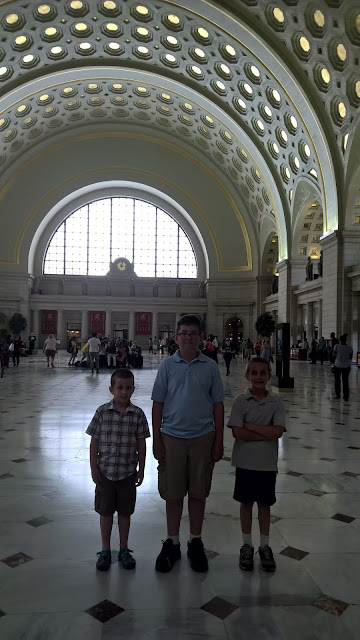 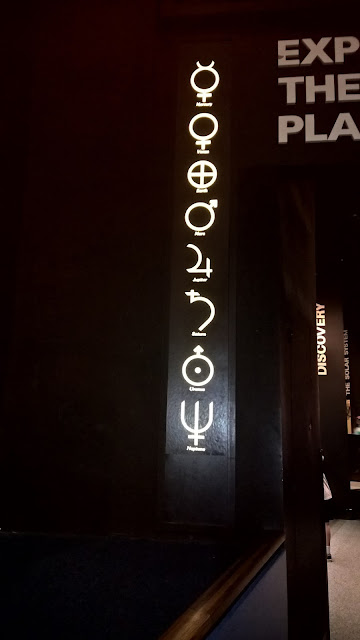 The planetary symbols in the National Air and Space Museum.  Very graphic, and I loved the way they glowed. 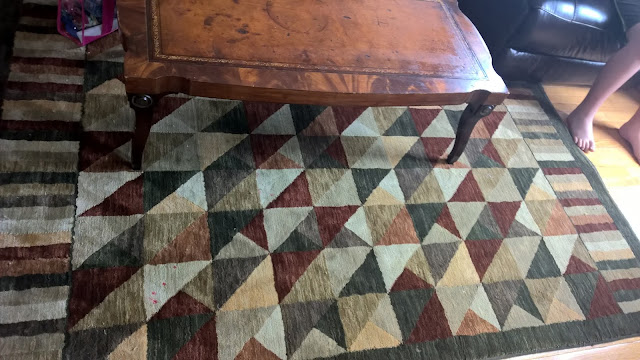 Rug in one of our rental houses. 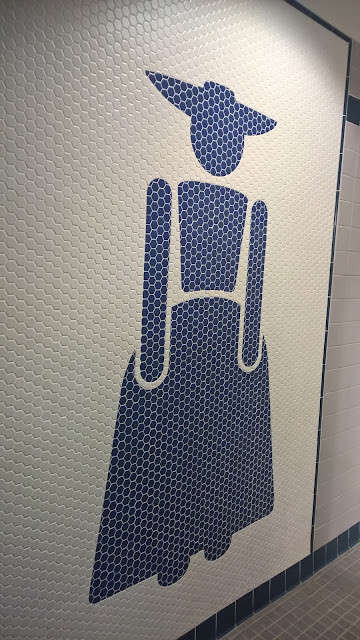 Hexagon tile Colonial People at Colonial Williamsburg.  These were at the bathroom entrances! (I had a son take the man's picture) 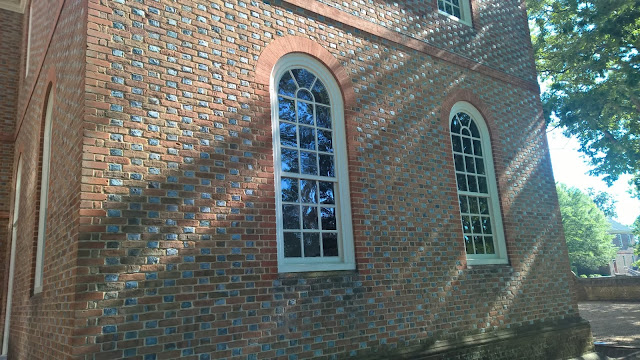 Also at Williamsburg, the back side of the (rebuilt) Capitol Building. 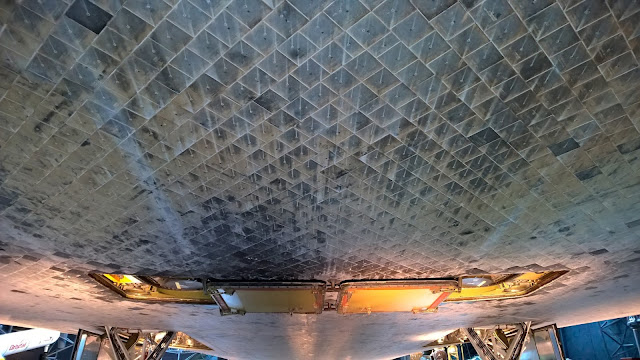 The patchwork of tiles on the Space Shuttle Discovery. 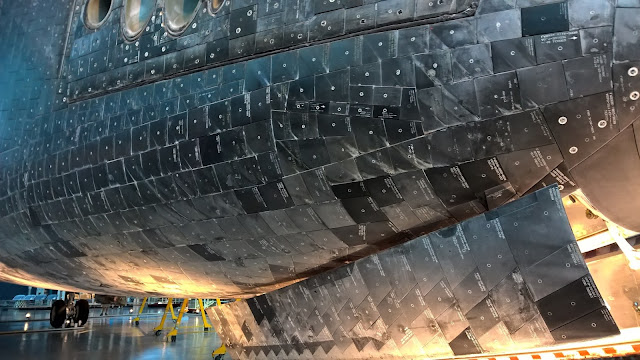 They show all the abrasion from it's last trip to space and back. 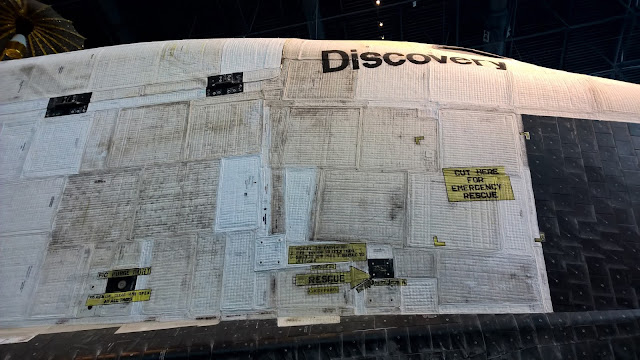 I'm not sure what the white pieces are made of, (the black I believe are some kind of ceramic) but they look quilted. 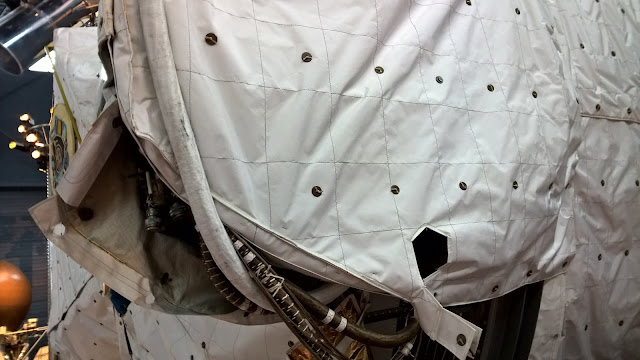 And now my speech on why sewing matters!  These photos are of Space Lab. 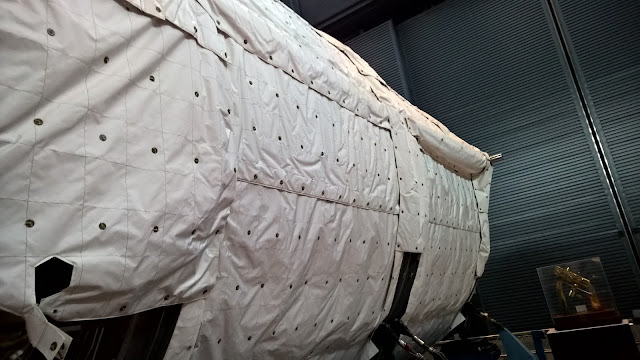 It is a big room deployed out of the top of the space shuttle for the astronauts to do various experiments while in space.  All those squares?  They are SEWN! Together!  SOMEONE HAD TO SEW SPACE LAB TOGETHER!!!!!! 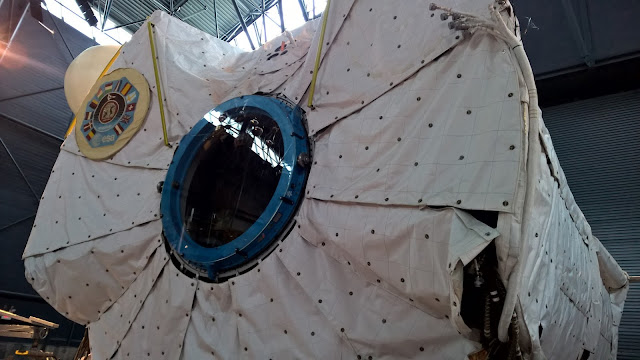 Also, all those "dots"? They are buttons, for cording to be wrapped around.  Each one had to be SEWN ON!  Off the soap box, now. 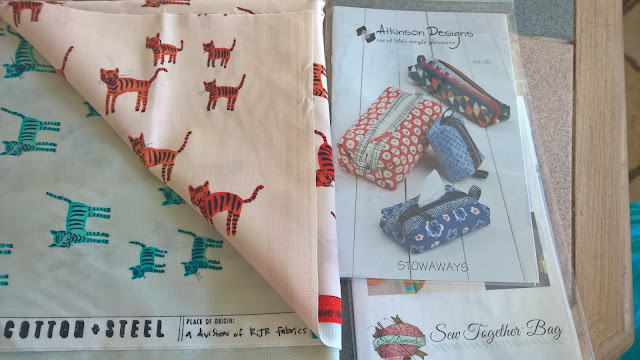 And a wee bit of vacation shopping.  I found a quilt store literally down the road from our rental house, so I stopped in.  Picked up a couple of patterns and a couple yards of fabric.

So much inspiration there!!

I love your pictures of the floor tiles--between the envelopes and stamps and the Colonial lady and gentleman, you've shared a lot of treasures! Thank you very much. When we vacationed in D.C. I spent a lot of time taking pictures of the floors. I think the security guards at the Smithsonian thought I was a little bit goofy.