This will have to be post 1 of 2, because I realized I have lots of pictures and lots to say, so I'll split it up in a couple of posts.

As mentioned previously, our vacation started in Gettysburg, PA.  There is a very large and rather new museum, due to the 150th anniversary of the American Civil War. 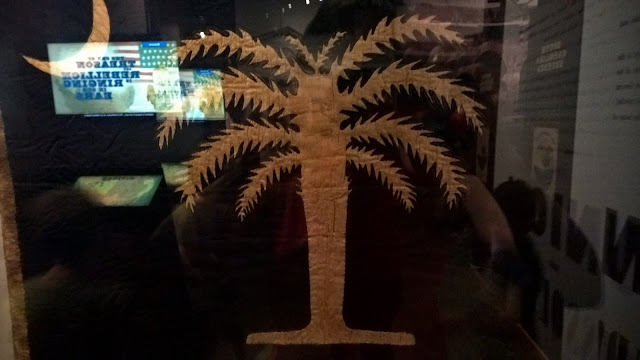 The above is just one example of the many banners and flags that were made for the various companies of fighting men.  The palmetto is still found on South Carolina's license plate. 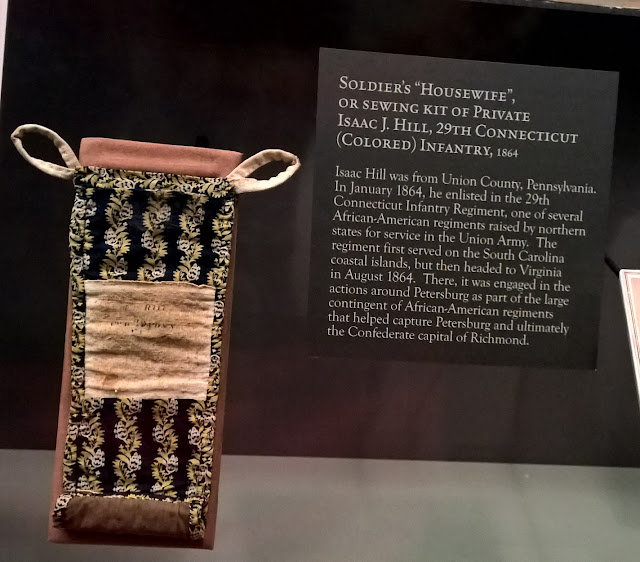 I've heard lots about a Soldier's Housewife (sewing kit). It was great to see one in good condition and good provenance. 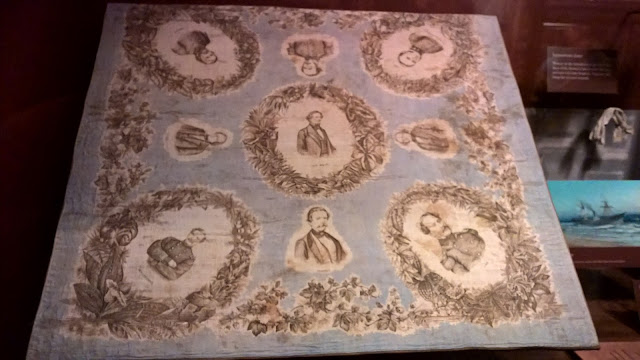 A little history for you about textiles during the American Civil War.  The war also affected textile availability in the North as well.  Books have been written on it, so I will spare you a lecture. 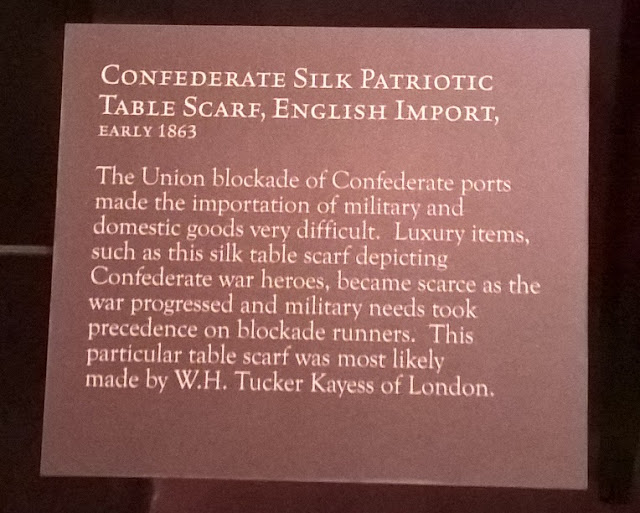 The next battlefield we visited was Antietam.  Smaller battlefield and smaller museum, but a gem of a find! 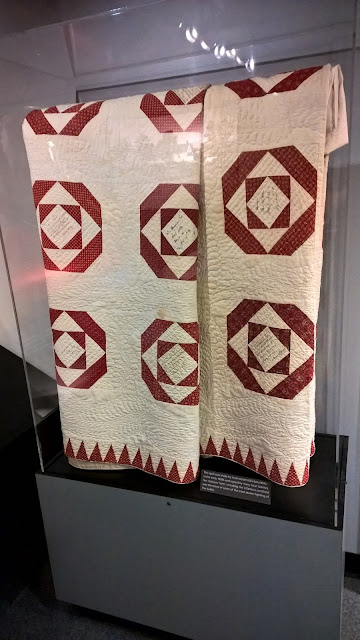 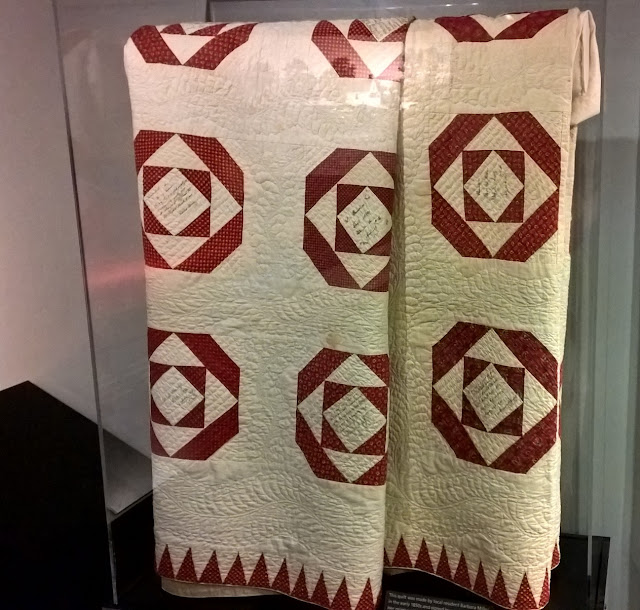 In mint condition!  Isn't it beautiful?  These kinds of quilts were made to raise money.  People would pay to write their names and then the whole quilt would be auctioned off.

It was pretty obviously never used.  The Reds are still bright, and the signatures very readable. 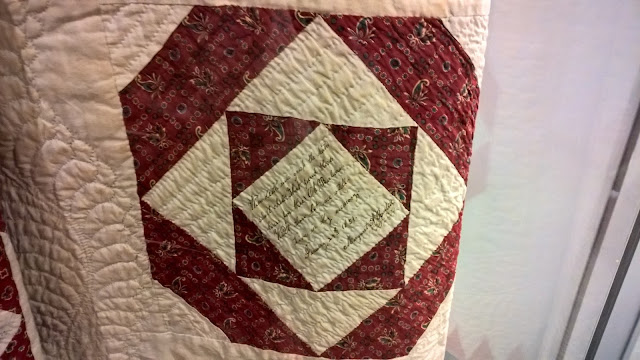 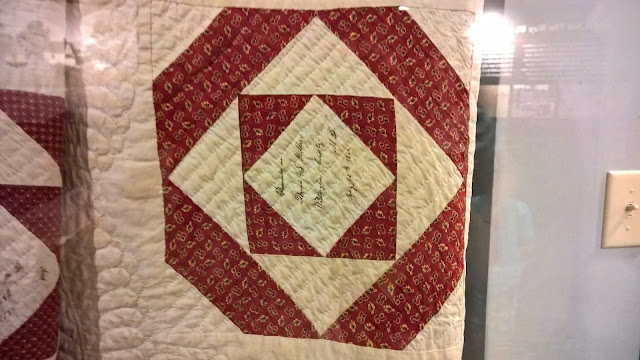 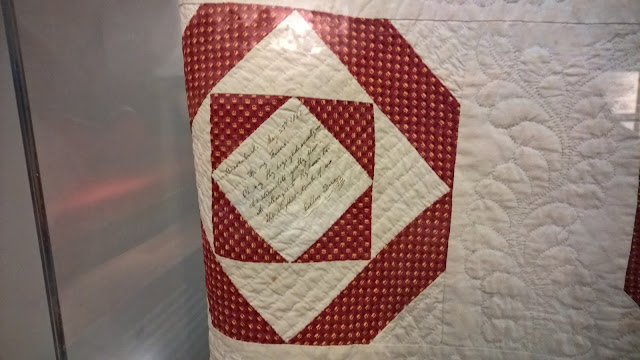 And the exquisite stitching! 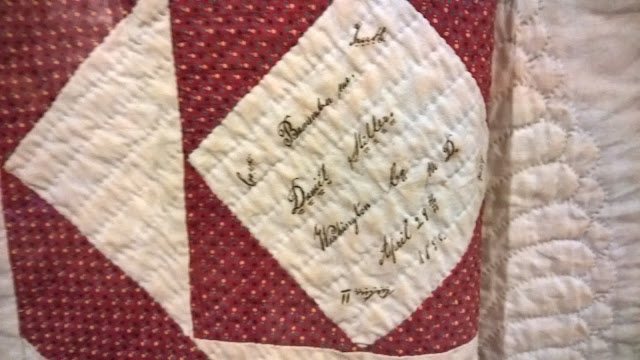 I think that's all I've got for textiles.  Tomorrow will be a bit more about inspiration.

I love the signature quilt. What a fun visit that must have been.