Two WIP  days in a row.  I thought you might like to see what I got accomplished yesterday.  It might have been more, but baby girl came down with a cold.  Which isn't really fair, since she doesn't even go to school. The four minis.  The deer is bonus, you may notice he doesn't match the others.  These are about 8" square. 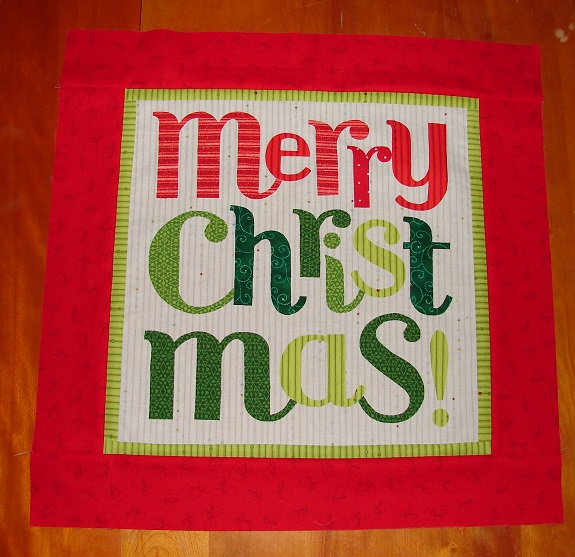 I had to re-trace and re-cut all these letters.  I had originally cut out ones that were too small.  This one is about 20" square. 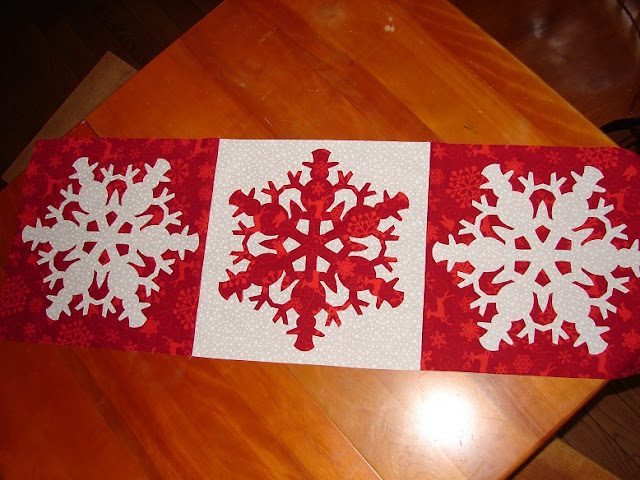 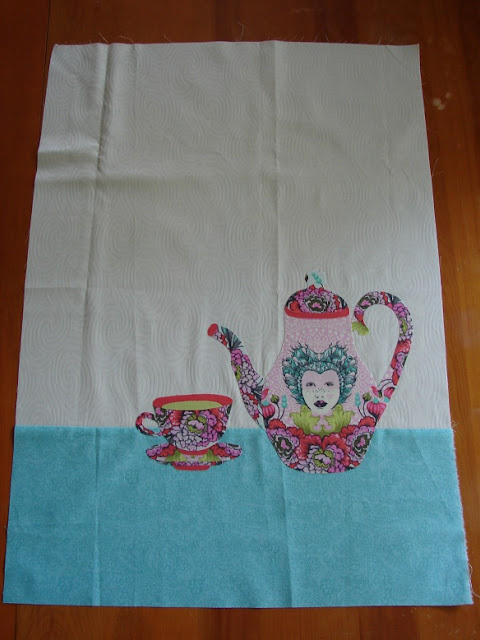 Got the tea pot and cup on.  Now I need to figure out a third element, because every good landscape has three elements.  I also have to do something about the knob at the top of the tea pot. 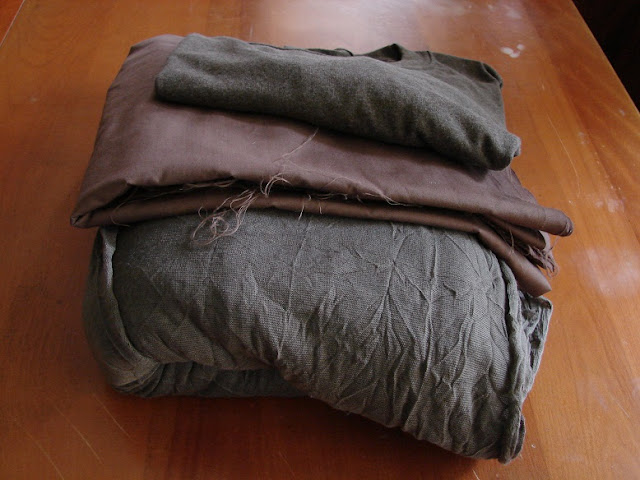 I forgot to mention this yesterday, but I have to put together a Radaghast the Brown costume by Monday. 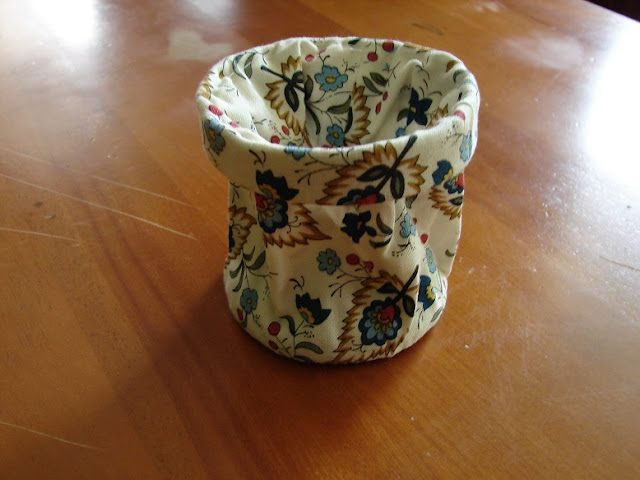 And I also have to prepare to do a demonstration on how to make these little thread catchers for the guild meeting September.  So I essentially have to make about 8.  One for each step.

Those Christmas mini's are too cute! I love them!

I have a Radaghast the Brown fan at my house too! I'm excited to see your costume. I love your reindeer mini and your teapot! Thanks for reminding me that i want to make one of your thread catchers. We've had bad colds show up here the last couple of days. Not very fun. Good luck with everything!

I feel like sludge compared to you. And. . . this reminds me to think about Christmas sewing, even though I have had Halloween fabric stashed away for two years to make a Halloween quilt. And every year I say, next year. I love your minis!

That snowman snowflake is. every. thing!