Crayon Challenge: On Color and Value

So, I haven't touched my sewing machine in nearly a week. *gasp*  There is, of course, the occasion meeting of needle and thread on the 10 year hexie project, but the sewing machine has been put away in favor of birthday and St Patrick's Day dinners at the big table.  Which is actually OK, I was quite ready to start something new instead of continuing to work on WIPs.  So now, I have a NEW WIP :) 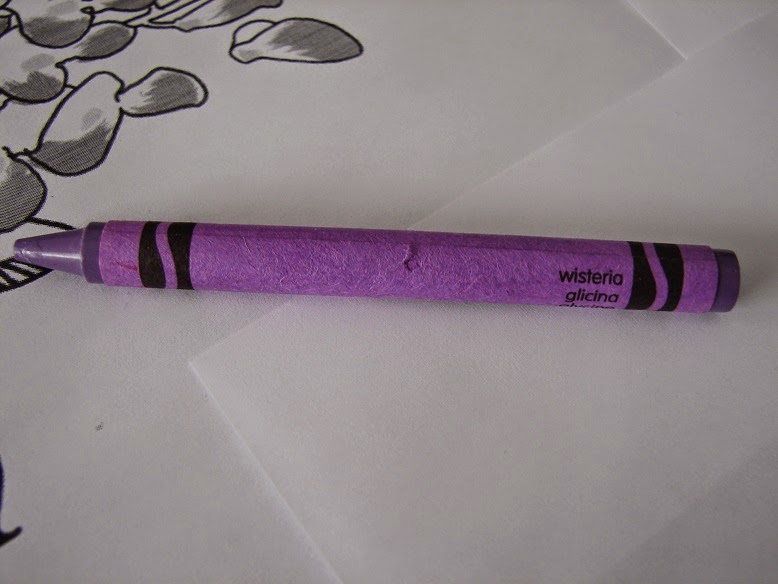 I'm sure I mentioned before that I pulled Wisteria for my guild crayon challenge. After talking to another guild member who got Asparagus and going literal with our color, I thought it was a great idea. 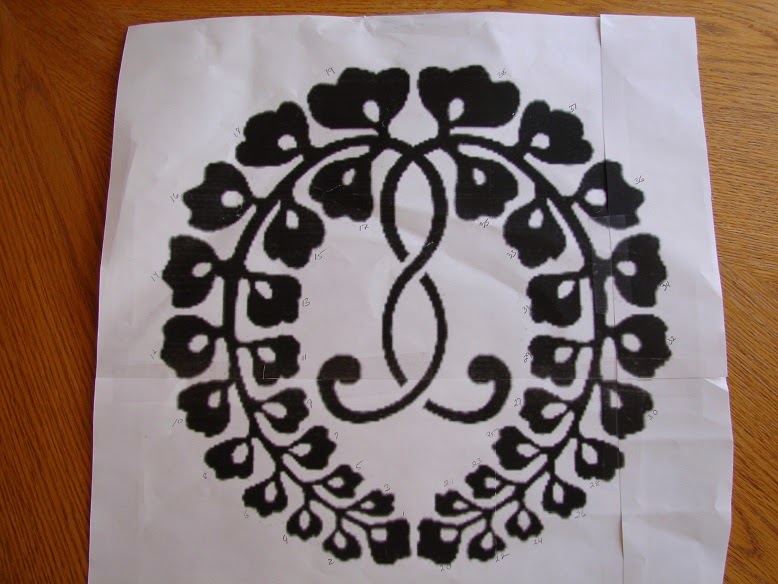 I found this stencil from the never ending internet.  Apparently it is from a Japanese Family Crest. 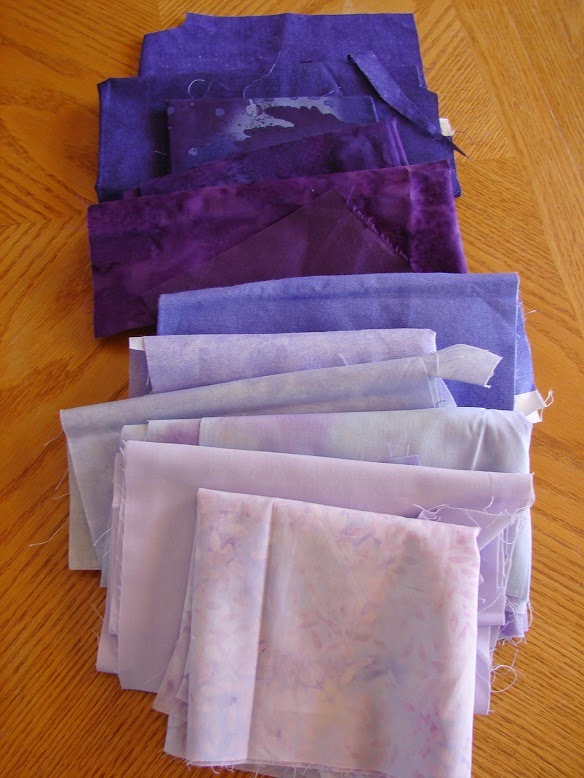 I've had a stack of purples pulled from the stash for a while.  The background is actually the closest to the crayon color. 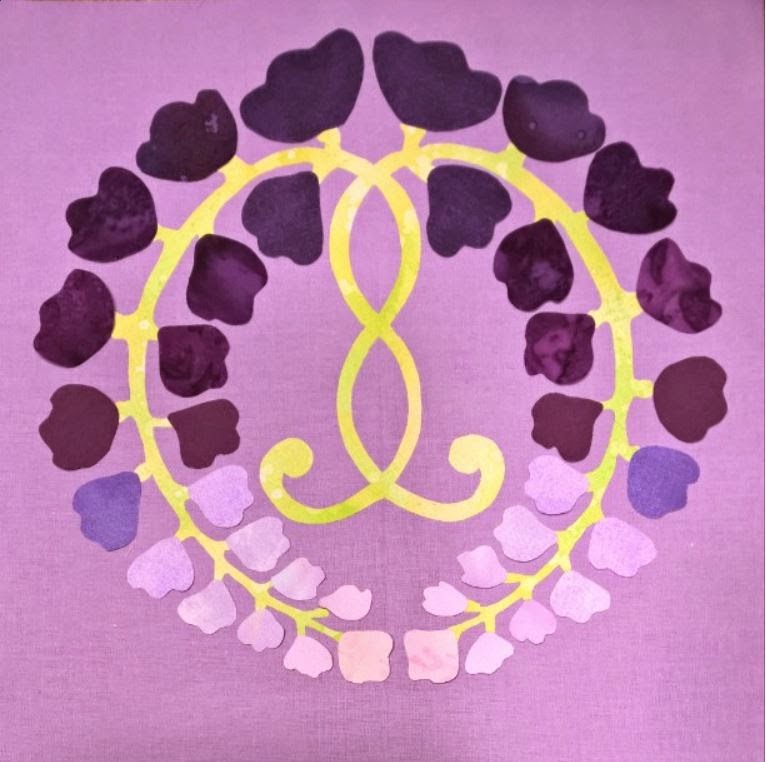 The above picture is what I posted on instagram.  The colors aren't true, but it did make me notice the out of place colored petals. 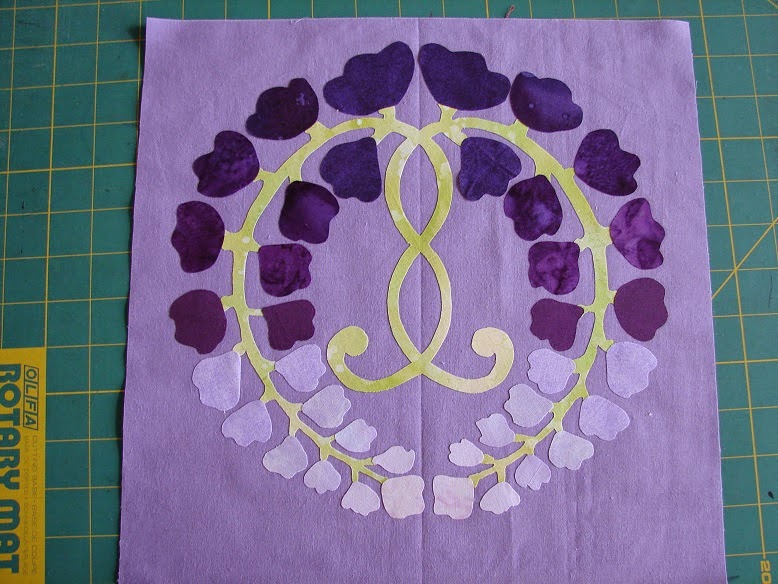 I took out the "too blue" ones and ended up with this.  At this point, I knew the contrast was too sudden, but they were all fused down, so I decided to continue on and see what happened. 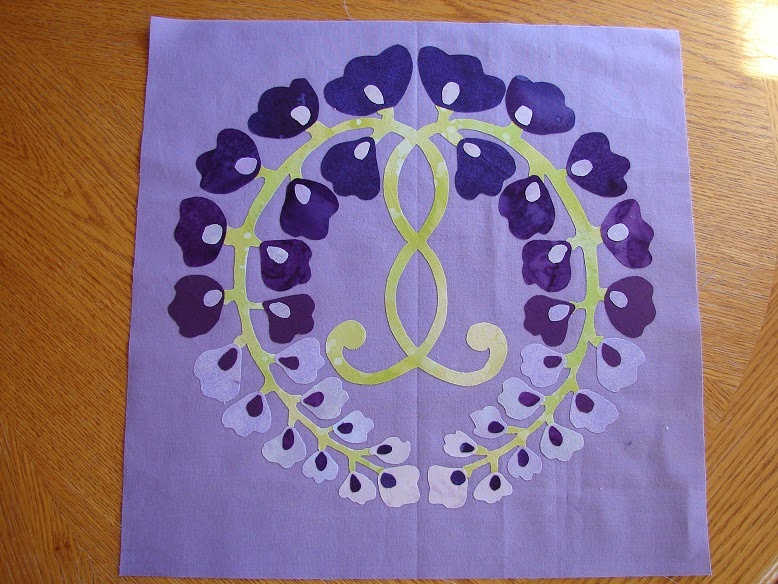 This is what I ended up with.  It's OK, but there are no medium values.  I was really trying to only work from stash, but alas, I had to stop at the LQS yesterday.... 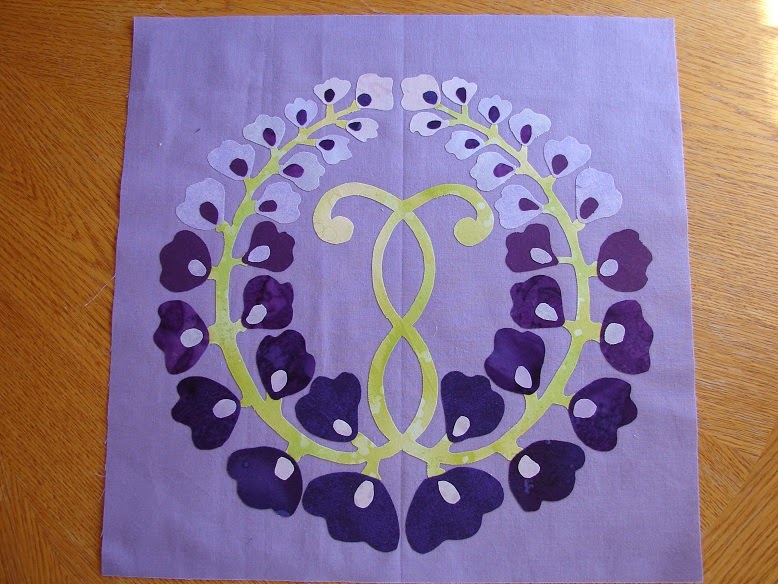 So what I find interesting, is that "upside down" also looks better.  I think visually the darker colors need to be moved to the bottom. 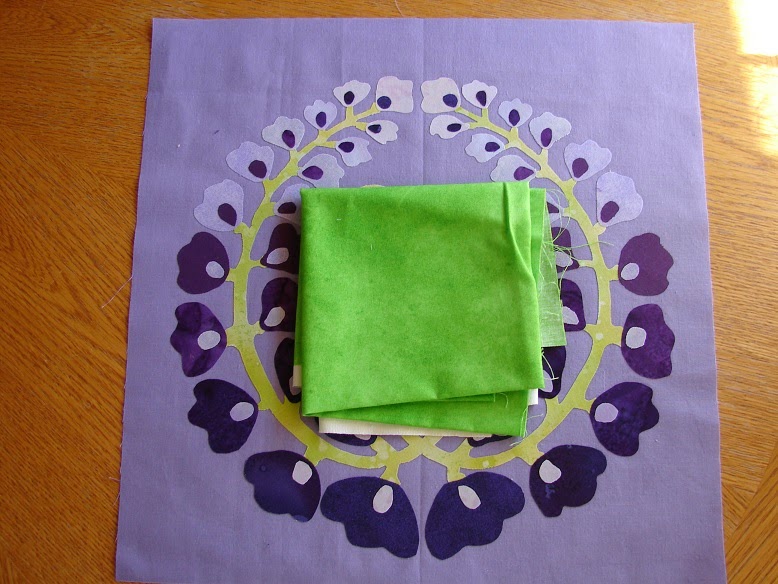 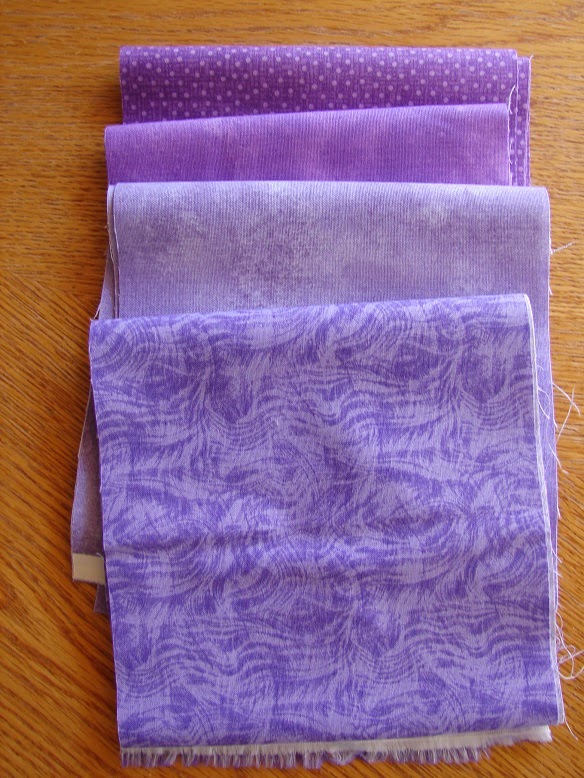 Here are the new mediums I picked up. 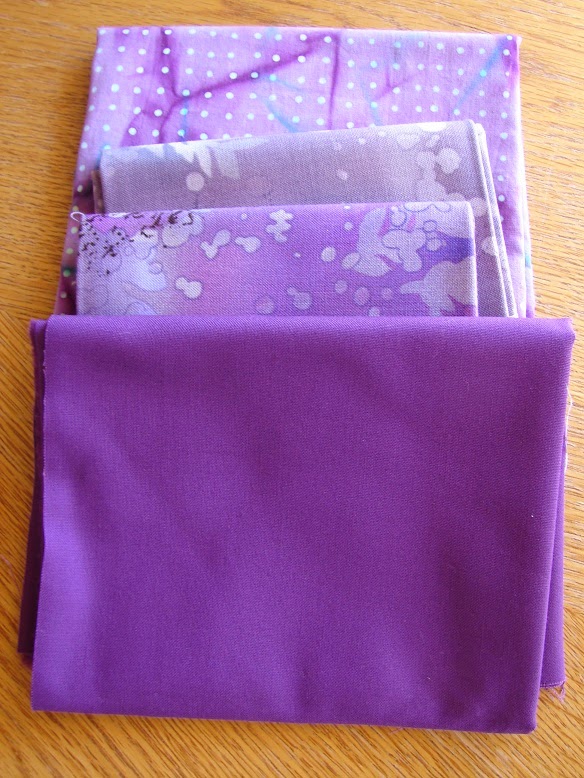 I did also find a few that I had in other places around the house. 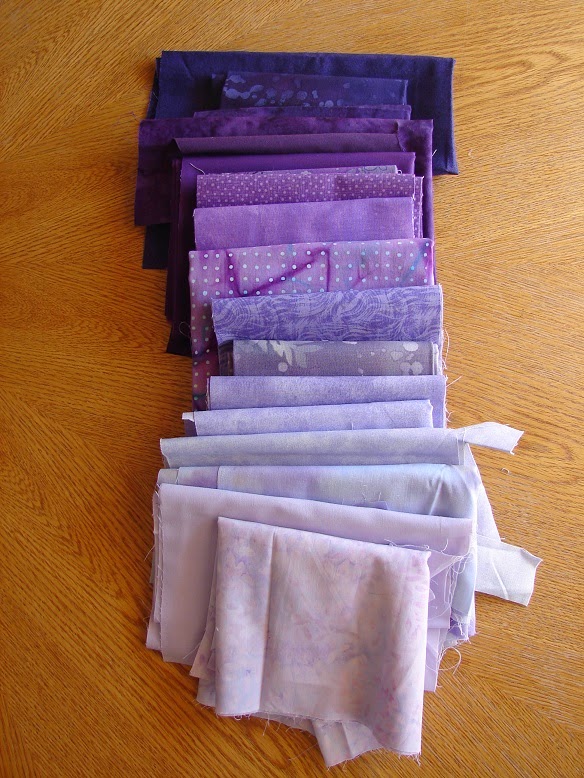 So here is my new selection.  I will have to cull it down in number, but at least its a better value range. 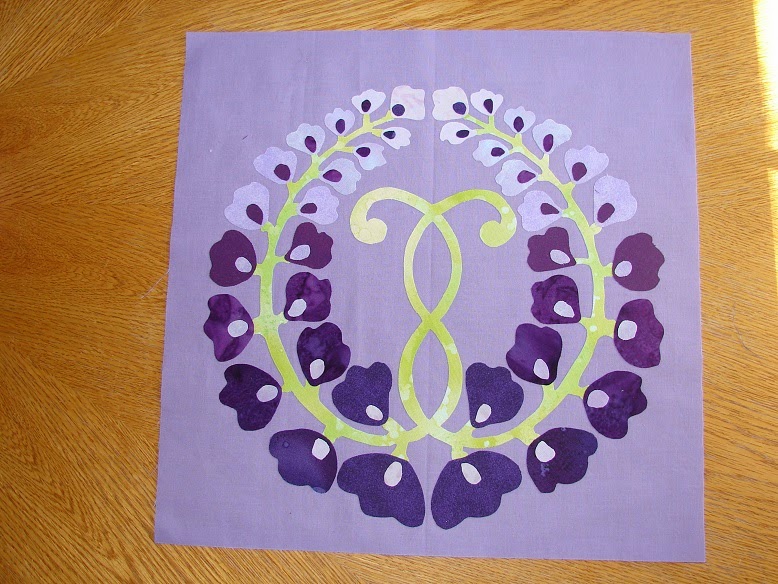 Now I'll have to figure out what to do with this one.  Maybe another bag....

Linking with Lee at Freshly Pieced.

Wow! I love it just as-is. How creative to get such a nice piece from a stencil pattern!

What a process, but it looks amazing already!

Another bag! See, one can never have too many bags. =)

I think that this is beautiful! The original would make a gorgeous bag.