We read a lot of books in our house, as you can imagine.  We actually own more books than I can count.  Most of our bookshelves are two layers of books deep.

Over the years of reading books to my children I have noticed that sewing or quilts are often part of the illustrations - if not part of the story itself.  I think it says a lot about what quilts mean to our culture, especially as a subtle everyday kind of thing. To that end, I am going to start a little series called Sewing and Quilting in Children's Books.  I don't know that it will be particularly scheduled, or consistent, but as I come across the subjects in books, I will share them with you.

Now I know that you're thinking that Q is for Quilt - but I promise it will be more than that! 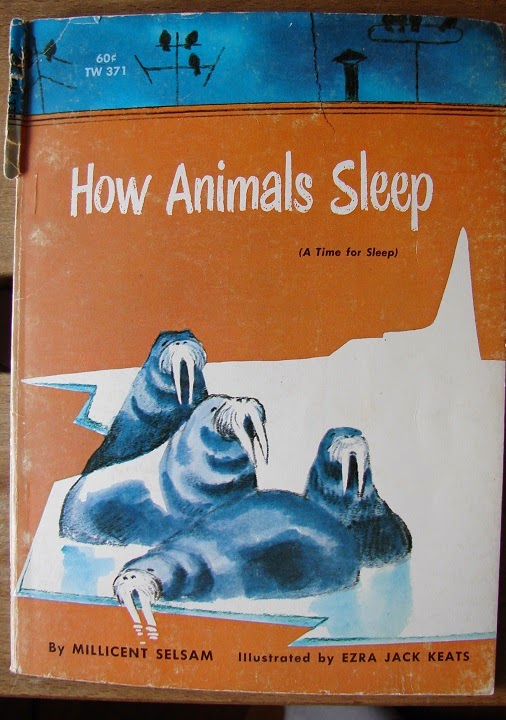 The first one is from a book called How Animals Sleep by Millicent Selsam and illustrated by Ezra Jack Keats. 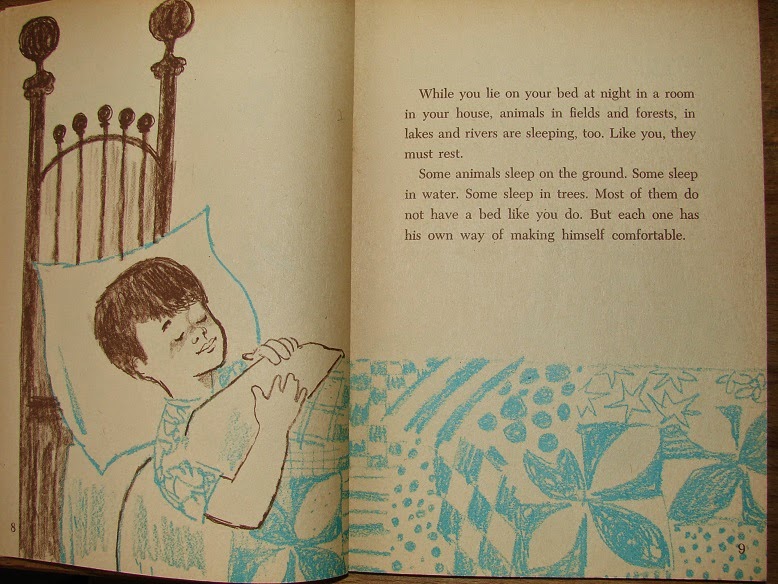 What I generally find is that the quilts depicted are a simple patchwork (see below) but check out this one!  I think it looks like a quilt made up of a bunch of left over blocks from other projects combined with some polka dots and stars.  Isn't it wonderful? 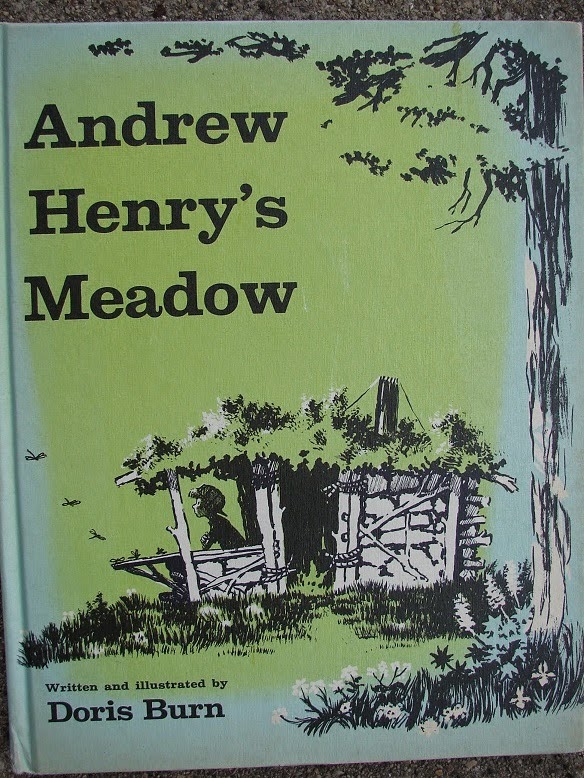 The next book is Andrew Henry's Meadow written and illustrated by Doris Burn.  I love this book in a lot of ways - it is about the creativity and individuality of children and really celebrates that. 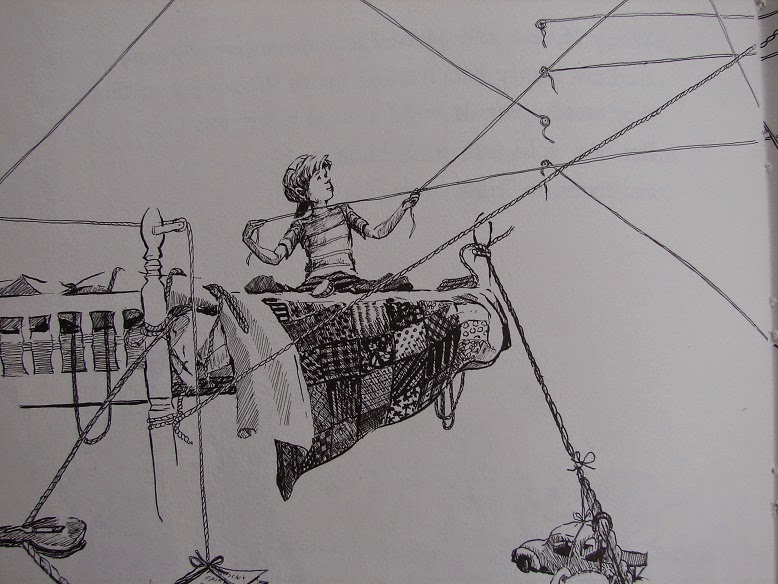 Here is Andrew Henry with his pulley system and patchwork quilt at the beginning of the story. 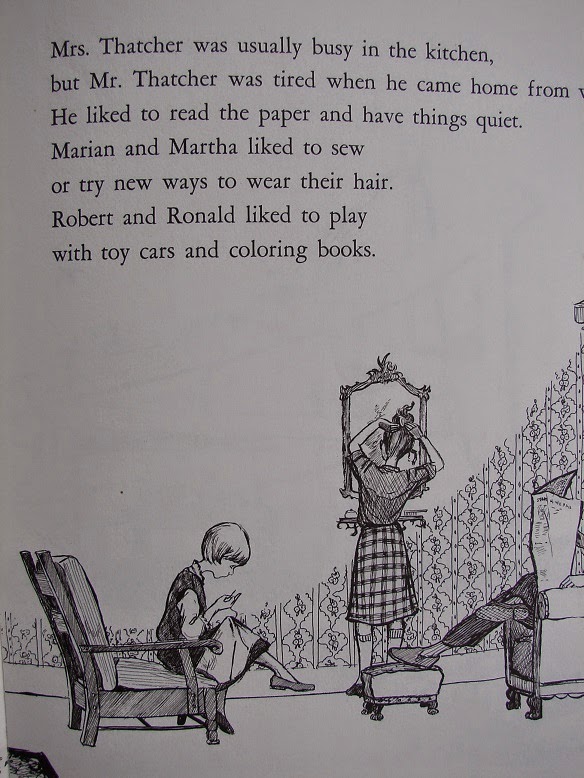 His sisters "Marian and Martha liked to sew...."  One of them here is depicted doing some hand work. 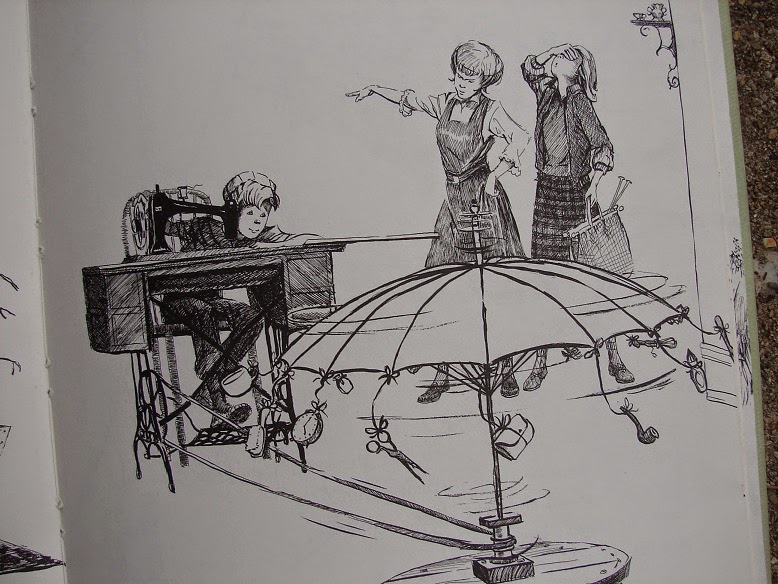 This illustration is the best, when Andrew uses the belts from the sewing machine to make his carousel work.  Note that one of the girls has knitting needles in her bag.

I love this! I'm constantly pointing out crocheted afghans, doilies, or knit pieces in anything we're watching. It's nice knowing I'm not the only one that can't 'turn it off.' =D

you might be interested in this web site Storybook quilts. http://storybookquilts.org
It is a project started by my late sister in law.
She collected children's books with quilts in them.