After spending a week making seven(!) skirts for E - I was ready for something entirely different.  So this week its been all about pin cushions. 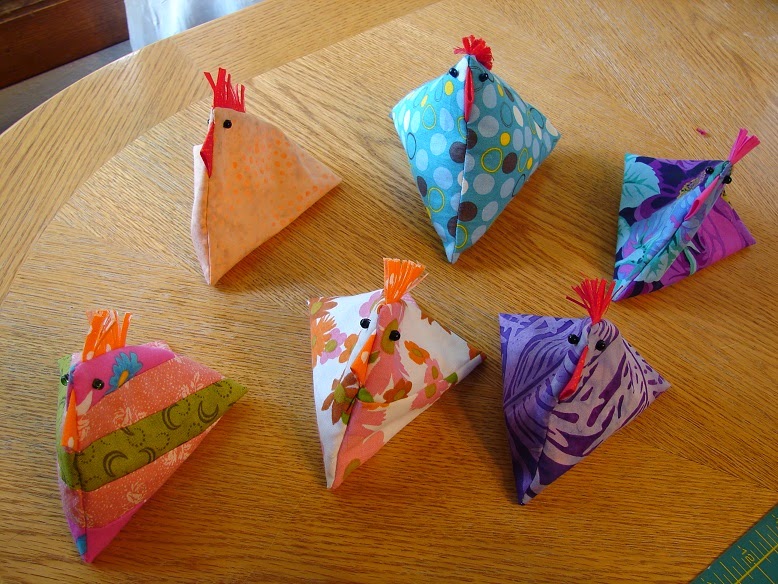 First up, my flock based off a pattern from my Block Magazine.  I just love these girls. 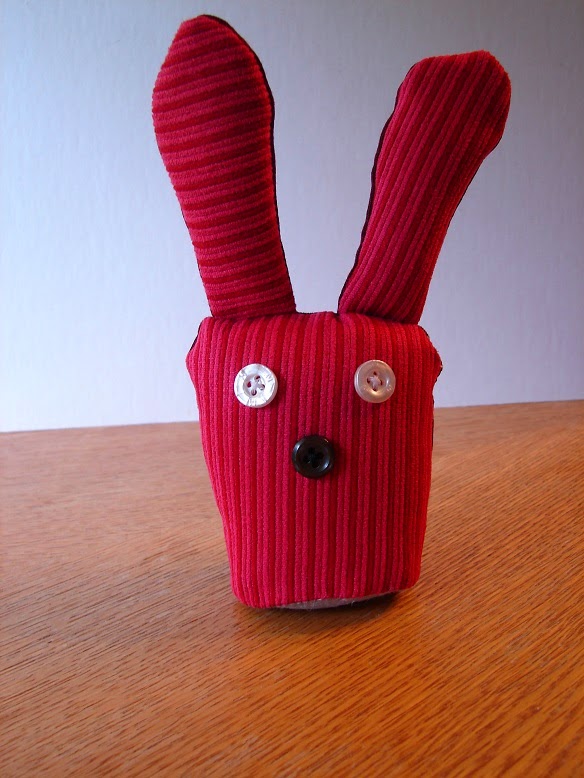 Then I tried a couple patterns out of my Super Cute Pincushions book.  I'm not feeling as much love for the bunnies 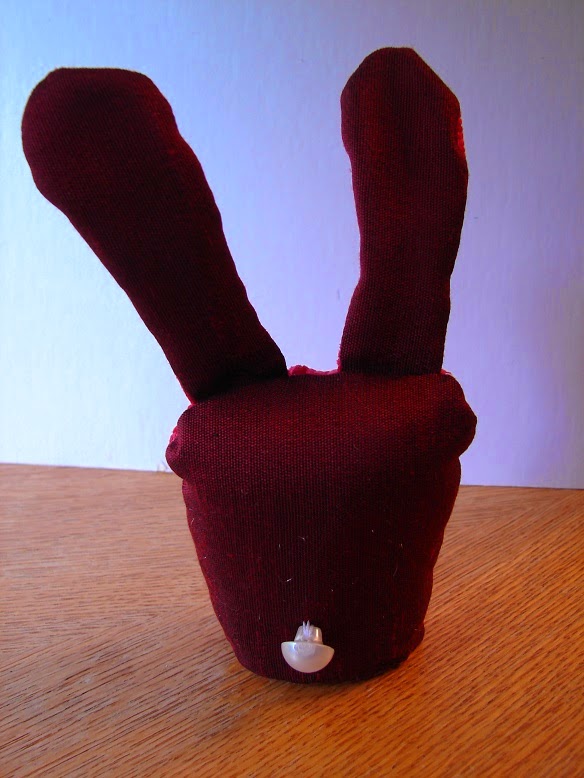 but I think I was supposed to add seam allowances to the pattern, so I'll probably try again.  After all, the longest part of the project is sewing on the buttons. 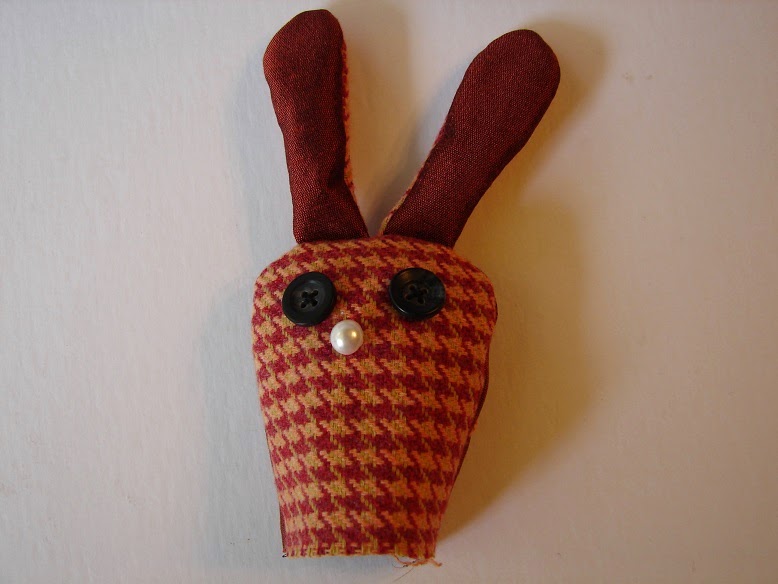 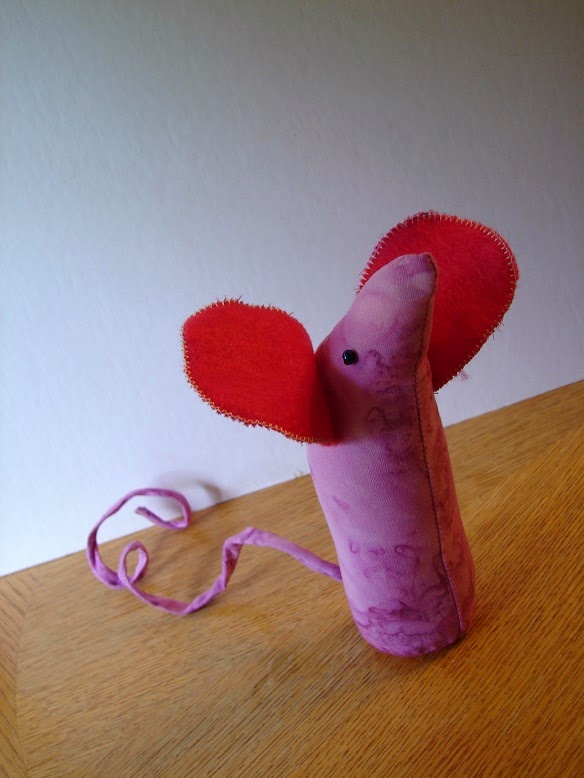 I am pretty enamored with the mouse, though.  Almost too cute to put pins in.  I also added some wire to his tail, so I can mold it.  I'll do a couple things differently next time around, but he's a keeper. 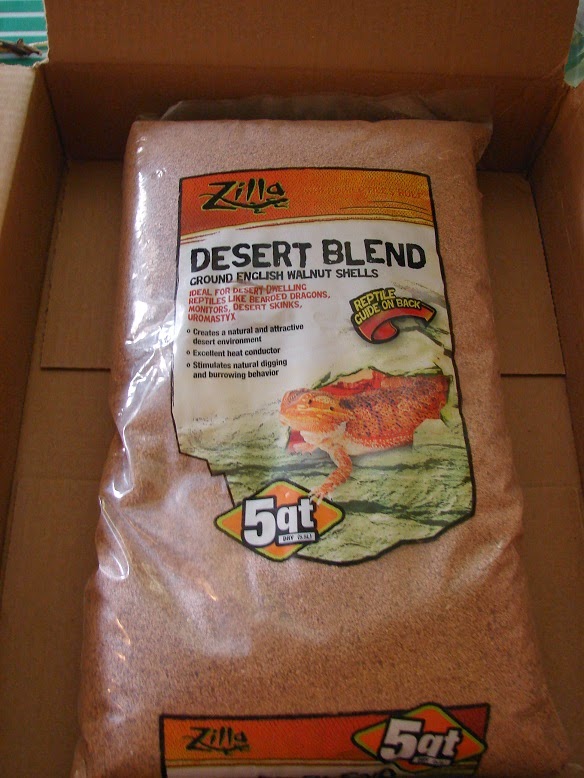 The package man delivered this today, so I'll be getting those chicks filled up.  They would probably make good pattern weights as well.

Part of the reason I'm trying out these various pin cushions is because I am the co-chair for the Boutique for our upcoming quilt show. (by upcoming I mean October 2015) And I figured I'd use them as props to motivate fellow guild members to get their sew-jo going!

Linking with Lee, as usual.

Love the chicks. I have made these before and they are so sweet!

Love those chicks! I just bought a big bag of the walnut shells and look forward to experimenting with pincushions!

Those chicks are too cute!

Love your flock of chicks.

Oh!!! The mouse is adorable, and the no-mouth bunny is super sweet, but I think the chicks are my favorite, too! I keep thinking I need to use a pin cushion rather than the magnet I have... decisions, decisions. =)

Oh my Rachel, these are all so cute. That mouse is adorable. Yep, walnut shells are the best for pin cushions.