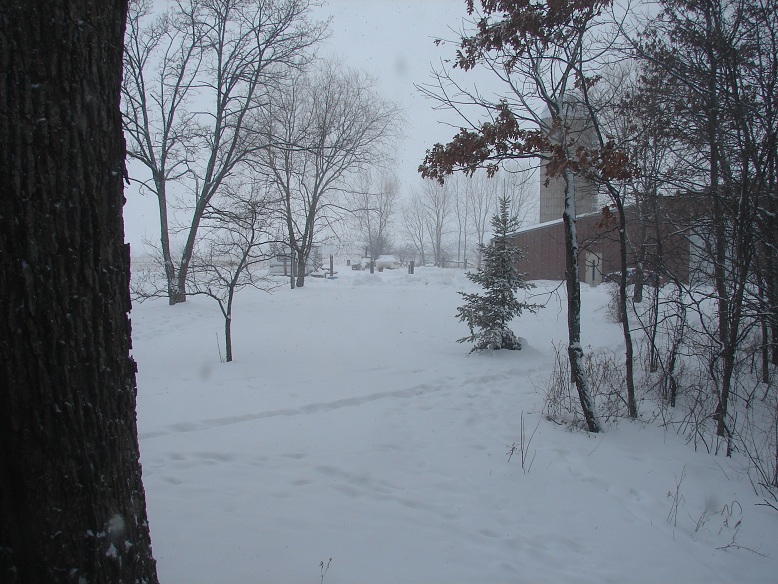 Here's what it looks like in my neck of the woods today.  That's snow, not fog in the air.  Another snow day.  Second in two weeks.  In fact, today they actually cancelled school before the snow even started!  I know, you're thinking, she lives in Wisconsin, what's the big deal about snow?  But it seems like its been a while since we've had so much! 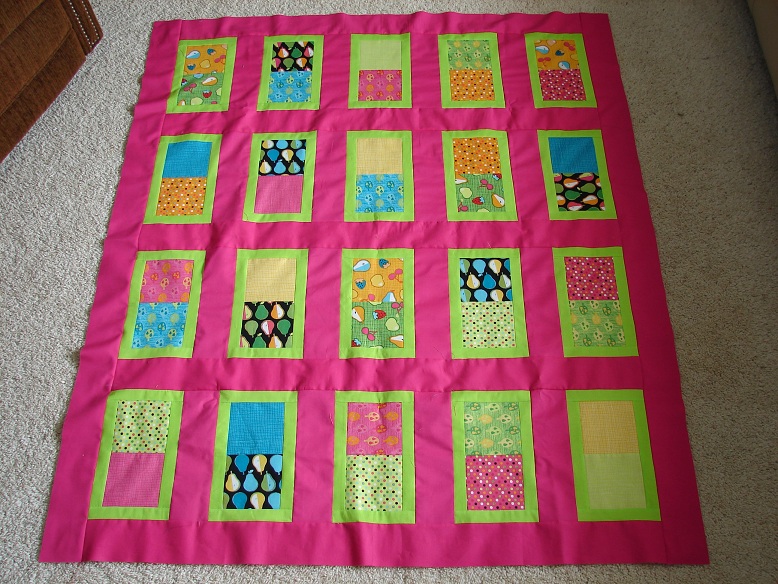 Saturday I taught my class for the Windows Quilt Top.  Ended up with two (great) students. Two more ended up sick :(.  I was able to get the pattern to them, however.  I finished up my top Sunday afternoon. 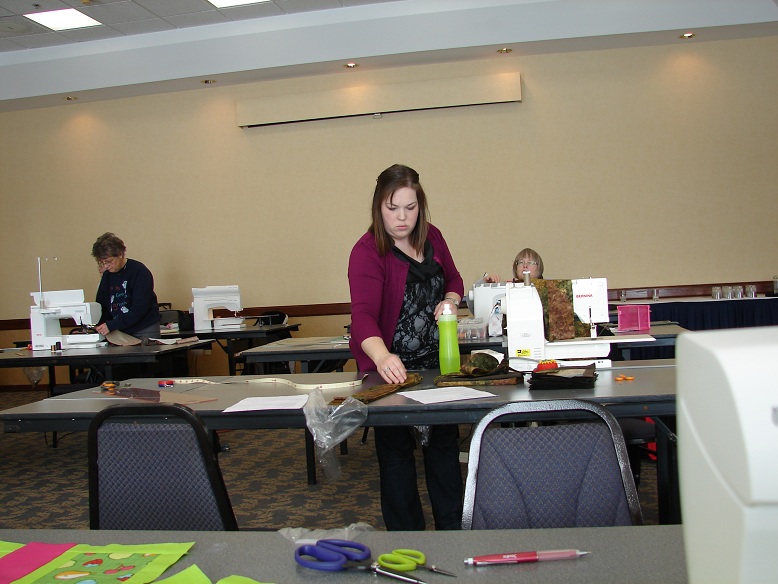 My two students on the right of the picture.  I should have taken pictures of their fabric.  One is in a beautiful set of batiks, the other in turquoise, creams and browns.  They will be so pretty when done, and so different.  Hopefully I'll be able to share pictures of them in the future. 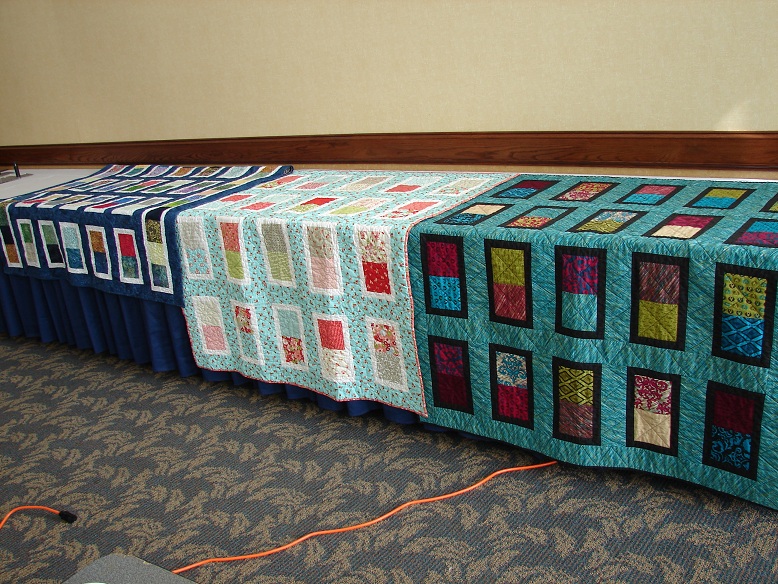 My three finished ones laid out. 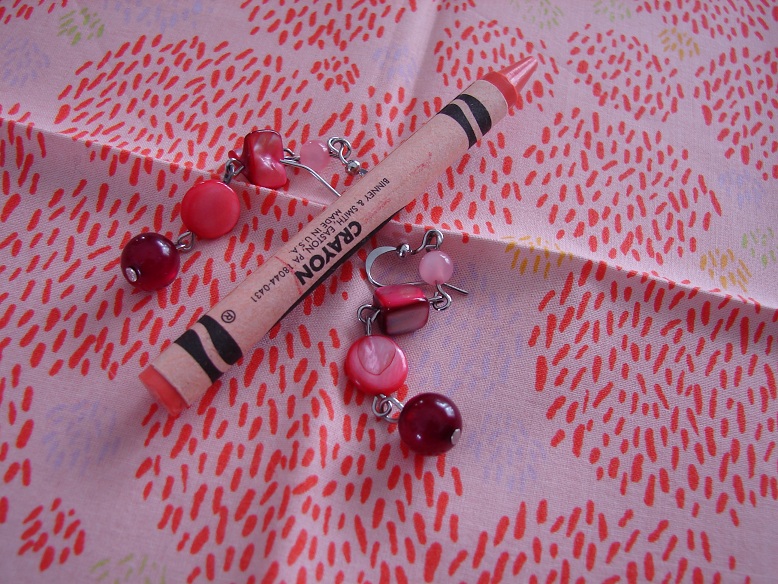 And, I've got just a bit of inspiration going.