This year, much to my surprise, E asked me to make her a Christmas dress.  Its been a while since she's asked for anything besides costumes.  I was happy to say yes!

She wanted a lace layer over a solid layer, so we headed to Joann (really our only choice besides the Hobbit Lobby) around here.  She chose blues from their Casa Collection. 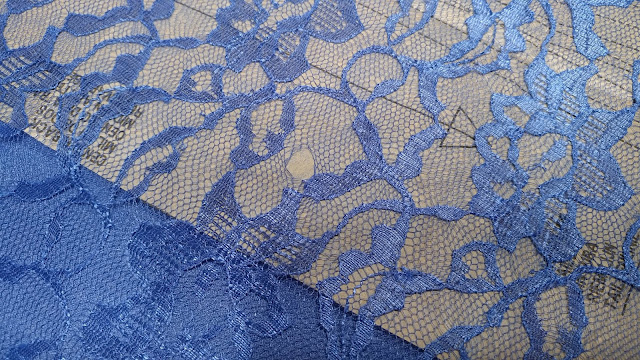 Of course right after my first pieces were cut, I found a hole!  Fortunately I had extra.

We discovered that my dress form doesn't get as skinny as E, so she was quite worried during the process when I would have the dress on the form.... 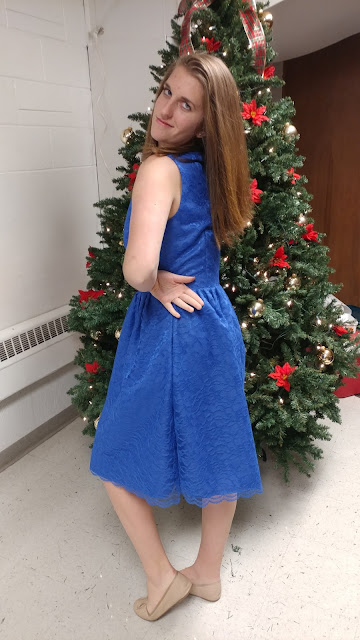 I finished the dress in time for our church's annual Cup of Christmas Tea.  She got tons of compliments. 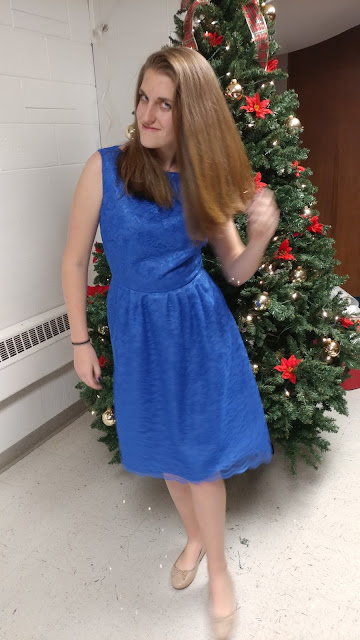 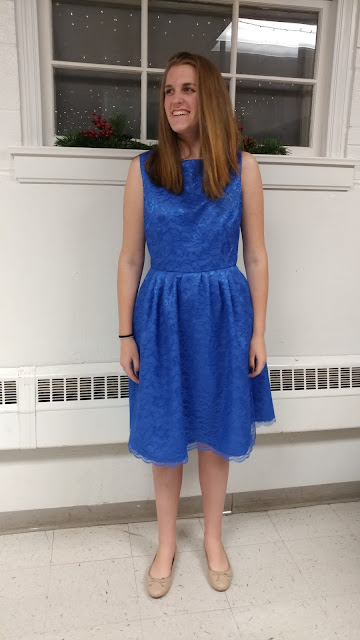 One of my favorites because its a genuine smile. 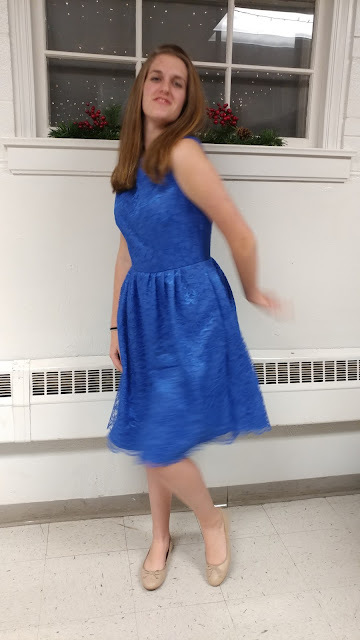 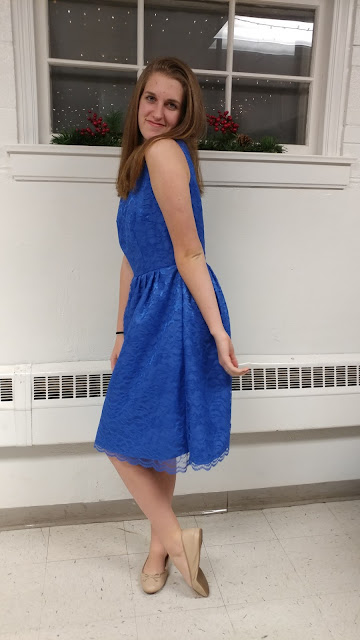 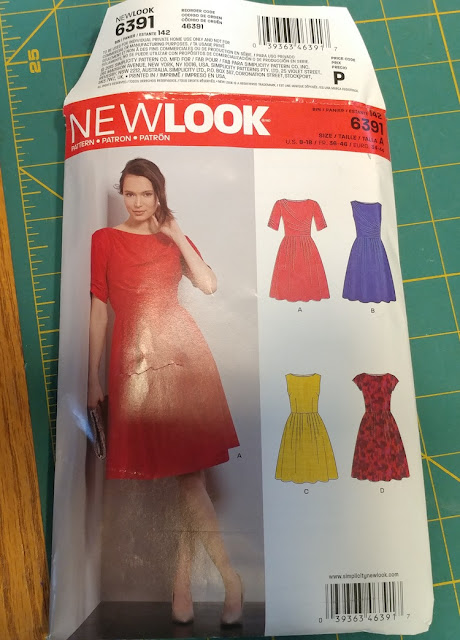 The pattern was NewLook 6391.  It took me twice as long because I had to cut each piece twice for the layering and then baste them all together before assembly.  I wouldn't actually recommend this pattern.  The finishing techniques are not stellar.  But I suppose they are fast....
Posted by Rachel

Such a beatiful dress on a beautiful young woman! I love the lace overlay, and she looks great in it. Hope it made the season sparkle a little bit more.

That looks so pretty on her. The scalloped lace hemline is lovely. She looks thrilled with it too.