In a surprise move by Mother Nature, we had a snow day yesterday. 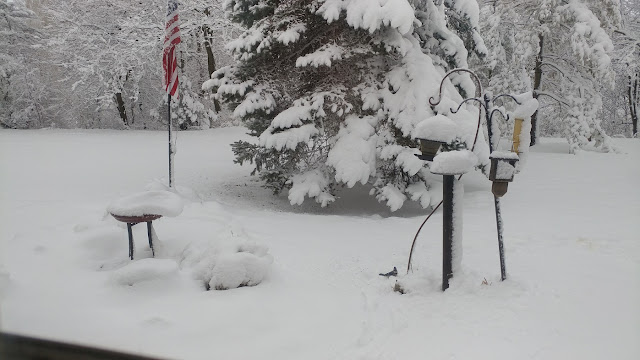 You see, when we all went to bed Monday night, it was pouring rain. 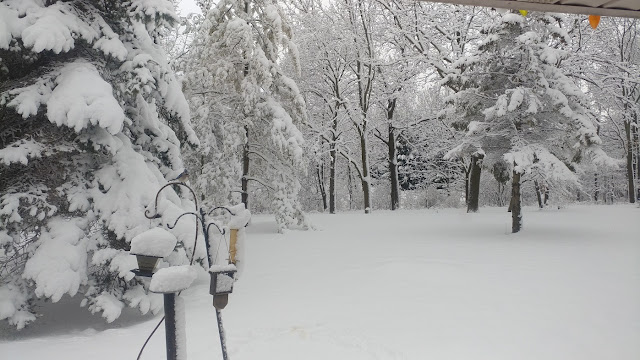 And, while I knew that the forecast said that it was supposed to change over to snow, and maybe three inches, I know better than to believe snow forecasts until its on the ground. 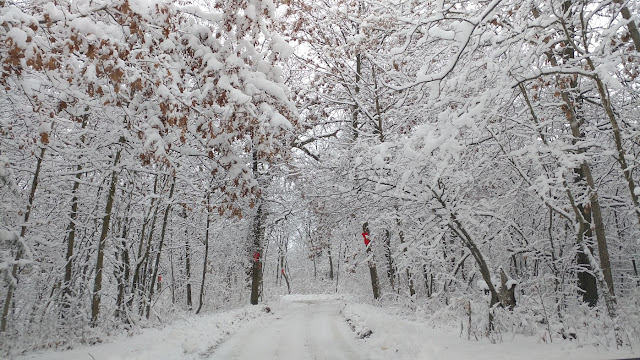 So, I was quite surprised to discover early Tuesday that the kids were off of school (and basketball, yay)  I've also learned over the years that snow days off of school are often more about timing and kind of snow than quantities.  Everything was very slippery Tuesday morning and the snow was not particularly fluffy.  Unfortunately it wasn't really snow man snow, either. 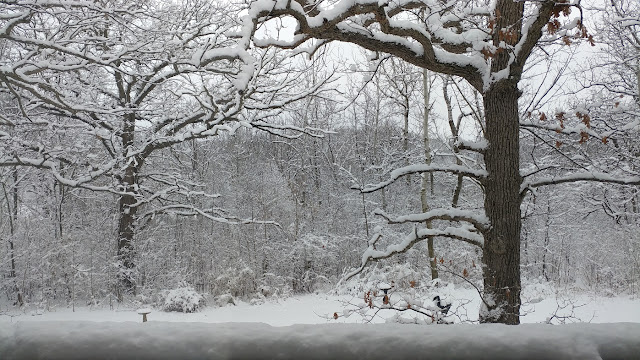 The snow continues to hang around today, but I'm sure it will be gone by the end of the weekend. 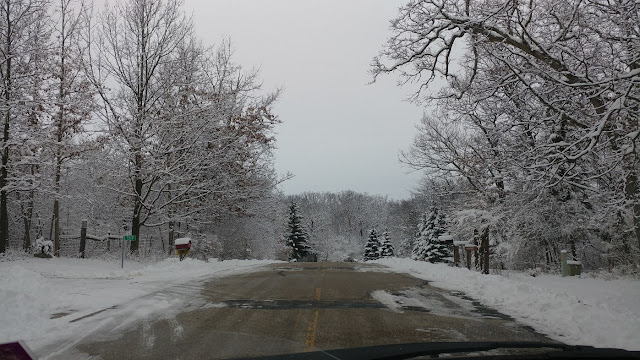 We are supposed to be back in the 50s! 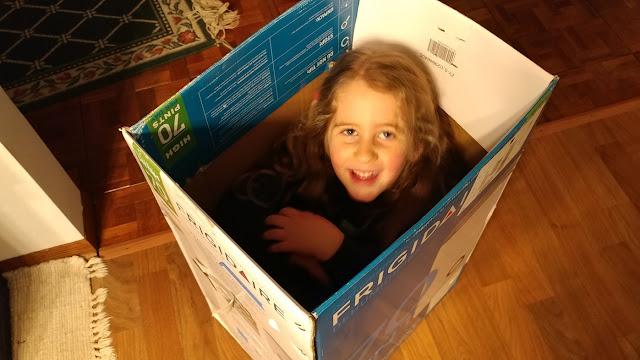 While everyone was home, the above child begged me to make her a blanket out of some fleece scraps I was given.  (along with a bunch of other fabric, more on that later) 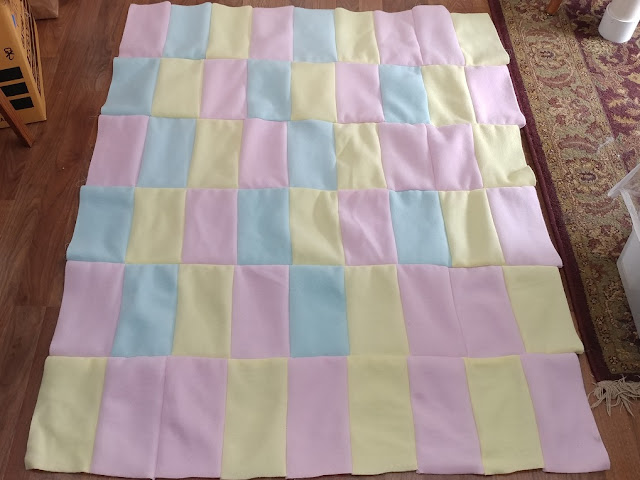 They were (I thought) all the same size, so I figured out a rough layout and sewed them together.  I was initially going to leave it like this, but, 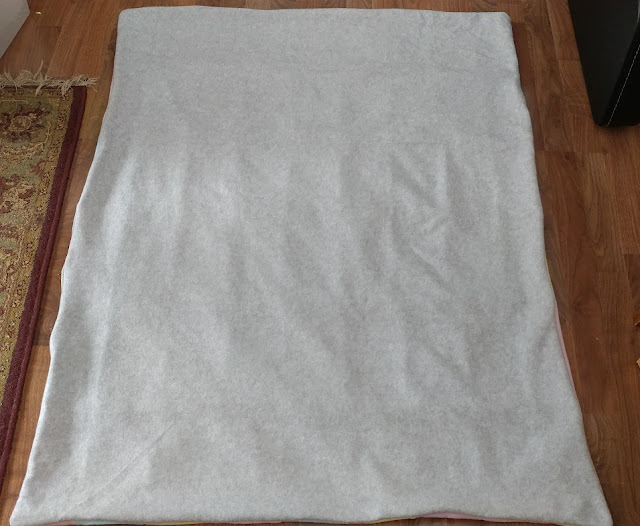 there happened to be a piece of grey fleece in the pile of fabrics, so I backed the blanket with that. 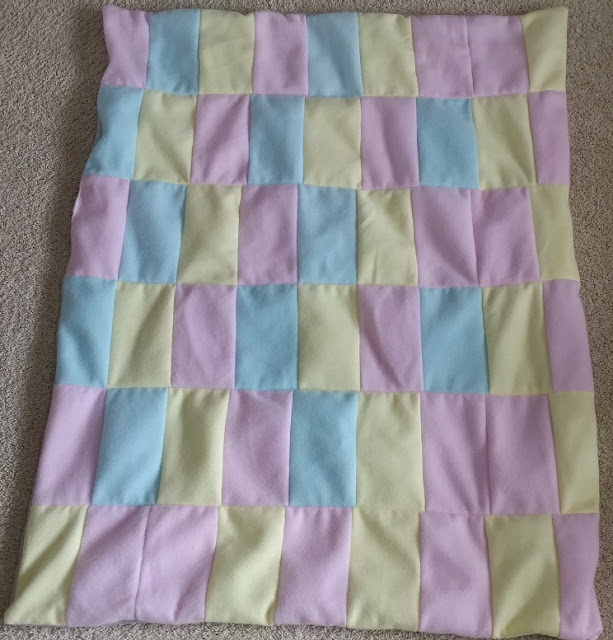 Mini loves it.  And I have to admit its pretty cozy, but I really don't like sewing with fleece.  At all.  In fact, its near to loathing. 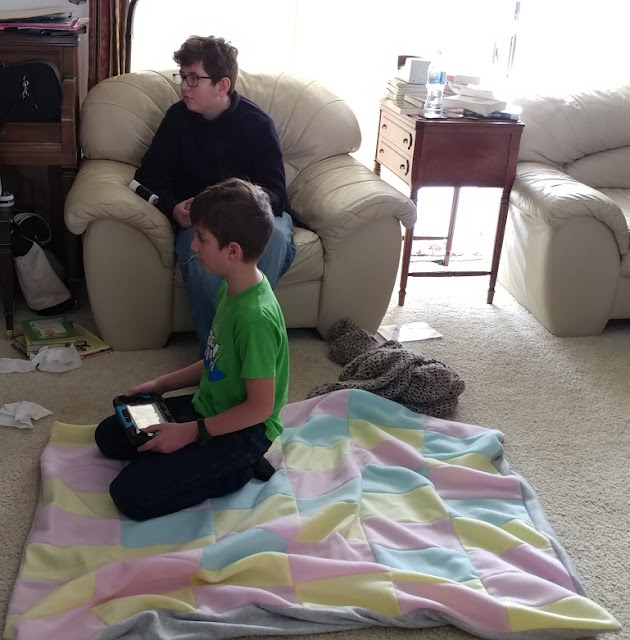 Couldn't crop out the mess, huh? That is also known as real life. Good for you for including it, for taking the picture anyway, for sharing it despite the "reality" so that other people know that real life is normal. We all have pictures like that--the worry is when those pictures are deleted or not taken because of the mess in the background. Your kids won't remember anything but your willingness to jump in and make a wish into a quilt.