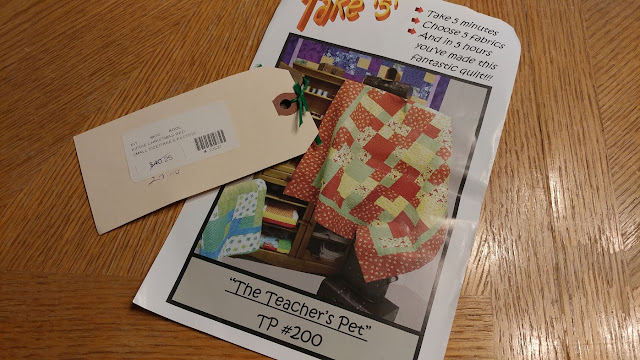 Last July at our Guild's rummage sale I picked up this kit and pattern for a mere $5.  (original price at a store: $40.25)All the fabric was included, even backing!!  I couldn't pass up the deal.  My long term goal is a Christmas quilt for each bed in the house, so I figured this would help me along the way.

I pre-washed all the fabrics.  Its flannel after all, and boy does flannel shrink. 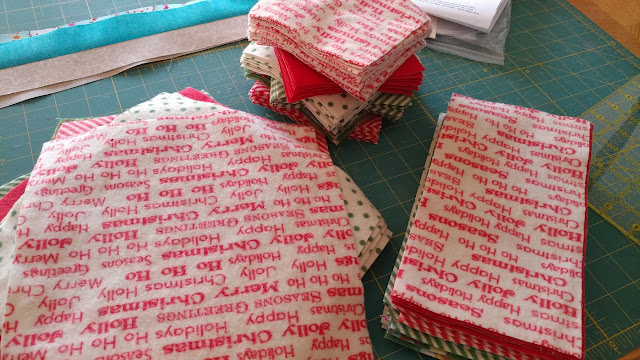 So much that I wasn't able to get all the cuts out of each piece that the instructions called for. (unless it was meant for a smaller size than I was making - I admit, it could be user error) 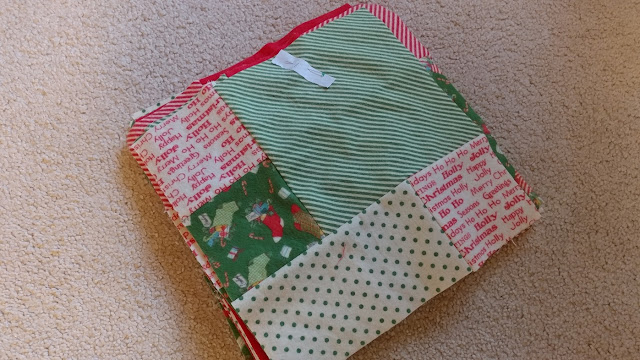 Anyway, I got the blocks, and borders together. 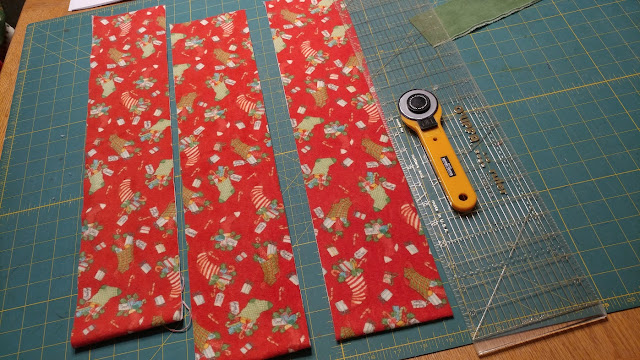 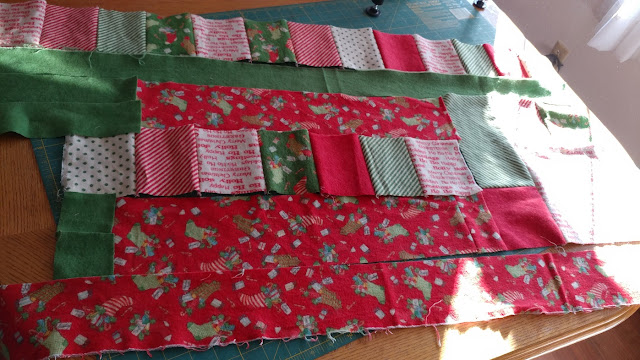 Did a bunch of creative piecing to help make the backing. 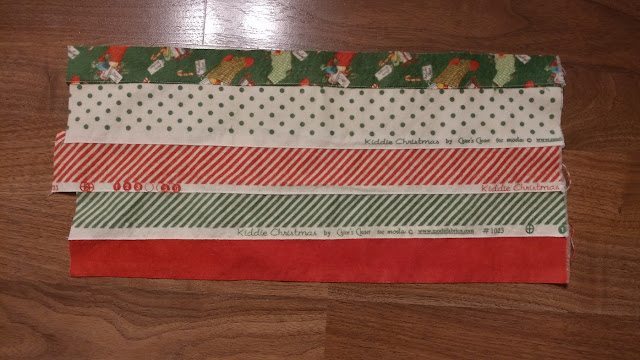 Even including some selvedge sections. 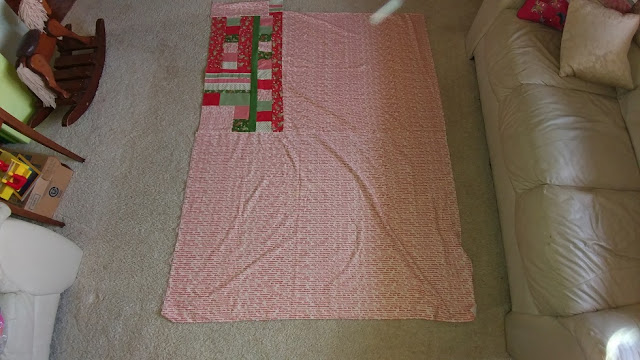 Here is my backing laid out, 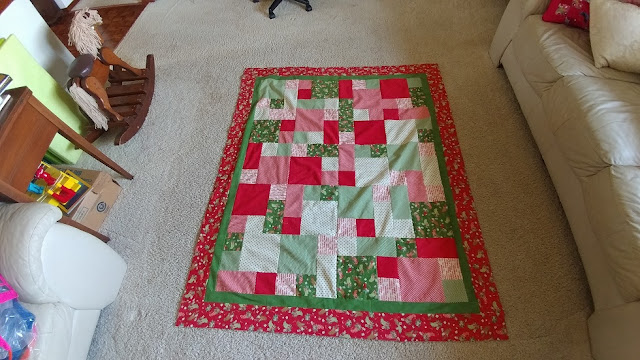 And the top.  But the story isn't over yet.  I realized that at this size it wouldn't cover a twin size bed very well, especially after quilting, so I added more borders, which meant that I had to make the backing bigger, so....It did not get done in time for Christmas.    It is patiently waiting for a day to get basted, but at this point, that will probably happen after my mystery quilt is put together.  And all that adds up to "someday".  Hopefully before next Christmas!!
Posted by Rachel

This is a gorgeous quilt - really snug and Christmassy. Also a great price. Here in the UK $40.25 would have a bargain! I hope you get it finished for next Christmas. Happy New Year :)