It's been ages, hasn't it? Between the end of school, preparing for vacation, going on vacation, and moving things over to a new computer for me, blogging got put on the back burner.

So.  We'll start with a couple posts about our vacation east.

We started out in Gettysburg, PA.
Mr. Riley was in heaven. 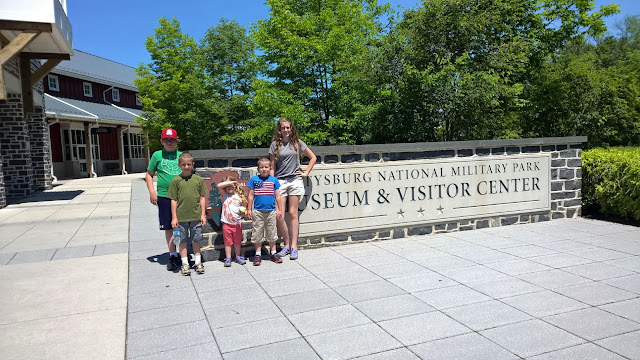 We spent the entire day there, and saw most of the battlefield.  It was a four day battle, so lots going on. 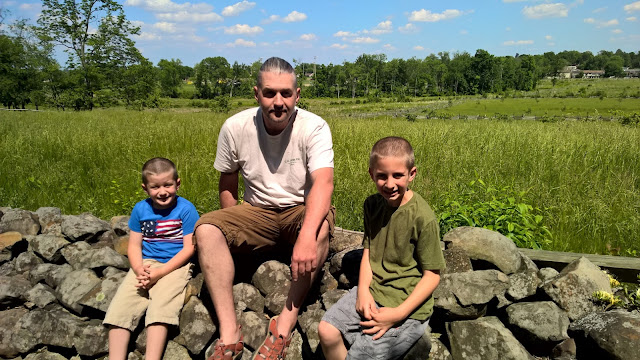 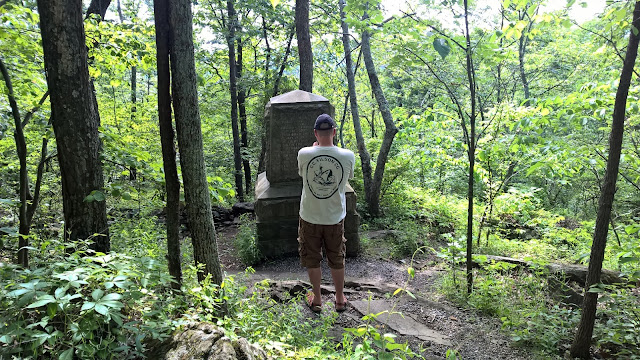 And monuments.  If you've never been to a Civil War Battle site its hard to explain.  If it was a larger battle, or over multiple days, there is usually a driving path to see where all the various units were located and fought.  And at each of those places there are memorials/monuments set up.  Usually by survivors of the battles.  If Mr. Riley had his way, he would read each and every one.

The cannons are then located where the artillery was set up during the battle.  I have learned lots after visiting a number of battle fields over the past few years. 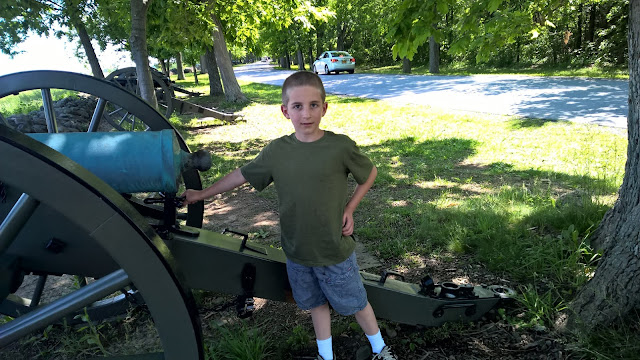 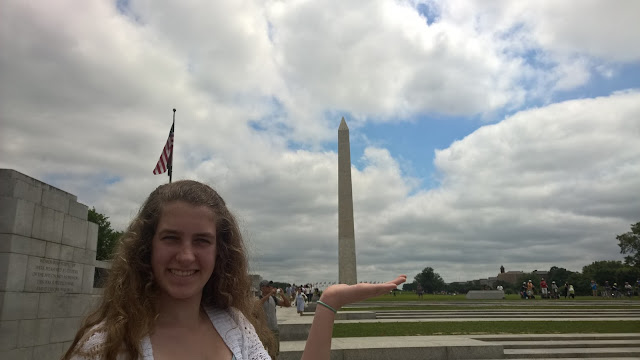 The Washington Monument, of course, which thanks to some strangers, we had the privilege of riding the elevator to the top. 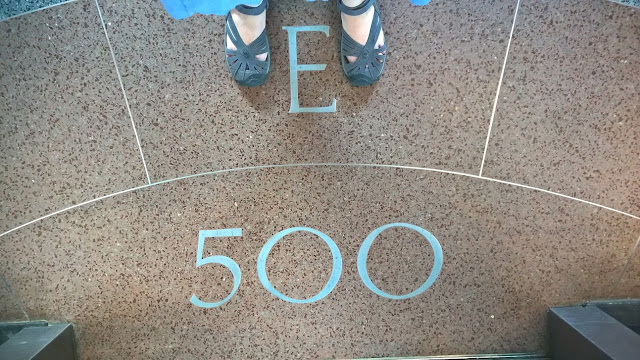 The WWII memorial.  I found it to be beautiful and moving.  It was (obviously) not there when I was there last, it seems to have been built into the reflecting pool. 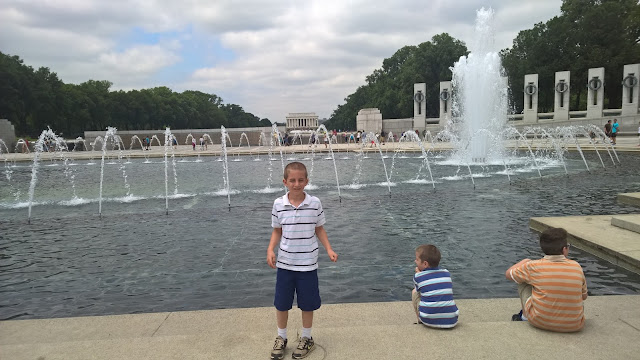 We did, of course hit most of the other memorials: Vietnam, North Korea,Lincoln, walked Capitol Hill and ate lunch during a downpour just across from the capitol building. 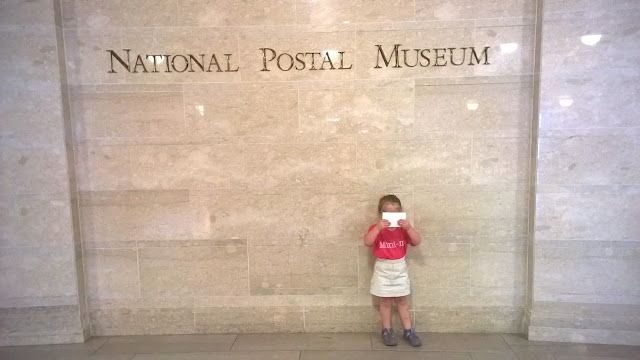 We did visit the National Postal Museum, which was more interesting than it sounds.  A lot of our Nation's history has to do with how information got around.

And they had the coolest floors: Letters 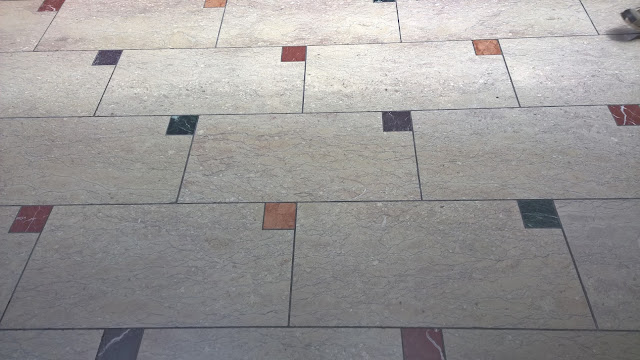 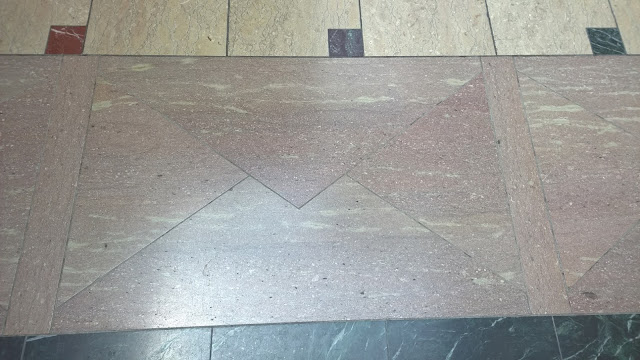 I'm so grateful you are sharing your travels - this really is a new world to me!