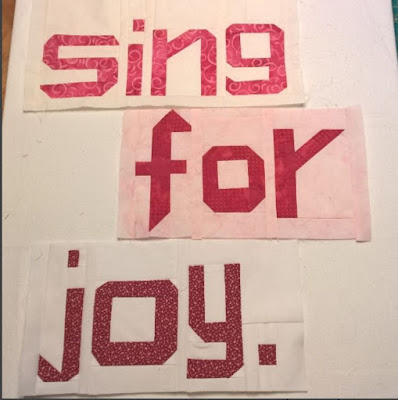 My first WIP for the week was these word blocks.  They are for Elizabeth at Occasional Piece Quilt.  I am part of a "Spelling Bee" This year.  There are 11 of us creating words, one person per month.  Elizabeth is doing a lovely poem? for Valentines day.  Since she is the instigator, she gets to go first!  She also gets our first attempts at word piecing.  Mine went something like this: 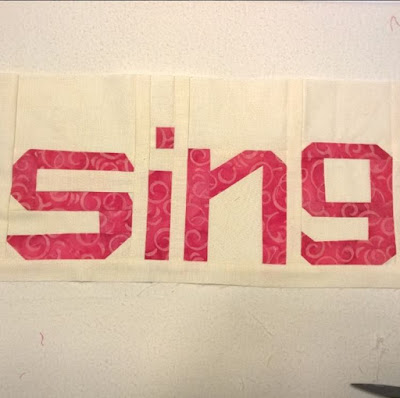 I made sing on evening.  By the end of the night, I was wishing that I had never signed up for this!  But, I'd rather die than break a commitment, so I soldiered on. 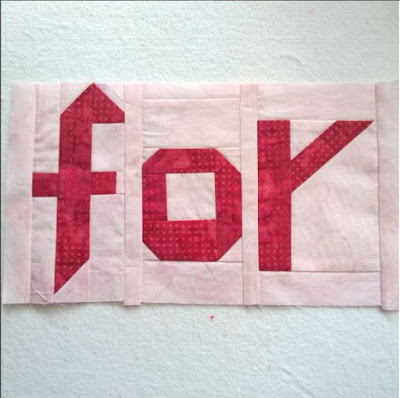 The next afternoon I made for.  It was a breeze.  Easy Peasy.  That night I made joy.  No longer in love.  But now that I've been done for a week, and seen many other's letters, I'm OK with mine.  And now they are Elizabeth's WIP! 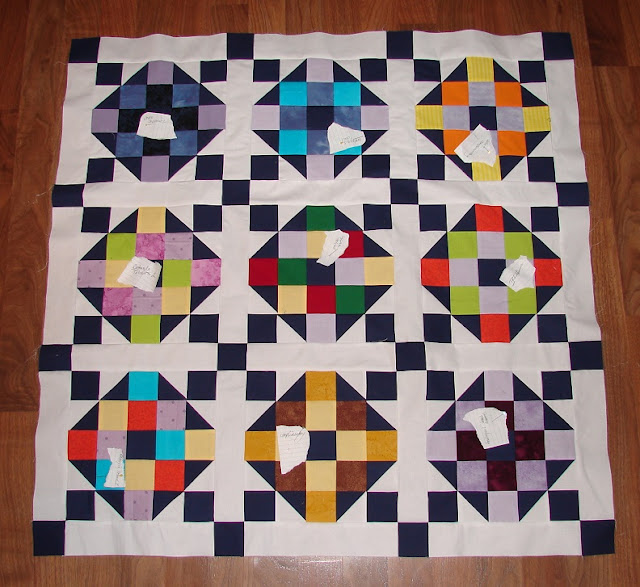 Last night I put my color wheel blocks together.  As you can see, I still have all the labels pinned.  I don't want to forget before I get a label put together for the back. 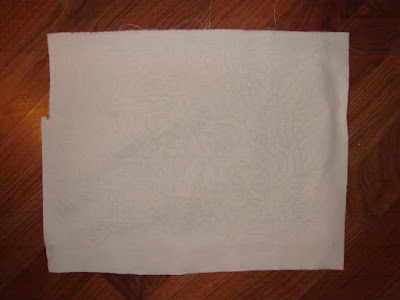 I've begun my next Four-In-Art project.  It is deliberately vague.  I don't want to give anything away. 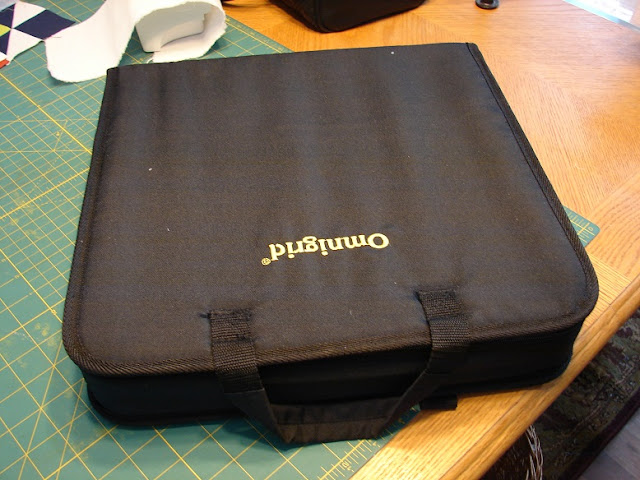 Thanks to a nice gift from Mr. Riley I am hiding a secret sewing project in the very case he gave me.  I really don't know if I can get it done for a certain birthday, as I can only work on it during the day.  But I'm trying. 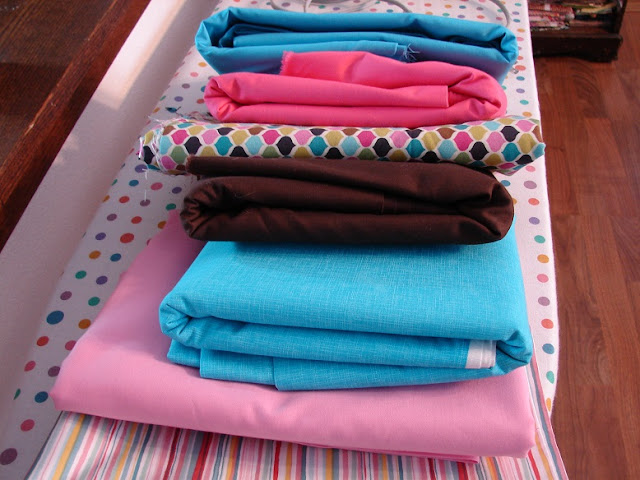 And I did some shopping this week in preparation for my niece's quilt. She leans toward the bottom half of the pile.  More pastel.  I will probably throw a few brights in there to pop, though.  And in reality this will probably be a February project.  But I am ready! I've even picked out the pattern.

I love your words - what a great idea to have a Spelling Bee!!

The "sing for joy" caught my eye. Great letters! What is the poem? Are you using Tonya Riucci's book for the letters? I found, like you did, that once you get going they get easier. 5 kids?! Whoohoo! :)

You crack me up! I loved the line about how now it is my WIP---so true. By the way, I felt the same as you about some of those letters; good for you for persevering. Thank you thank you!

Your spelling bee looks fun and I love your colour wheel blocks :)