A real life friend was chastising me for not blogging lately.  I guess its been nearly 4 weeks.  Yikes.
So let's talk hexies today.  I finished sewing all the hexagons into groups of eight.  And then I did a total count. 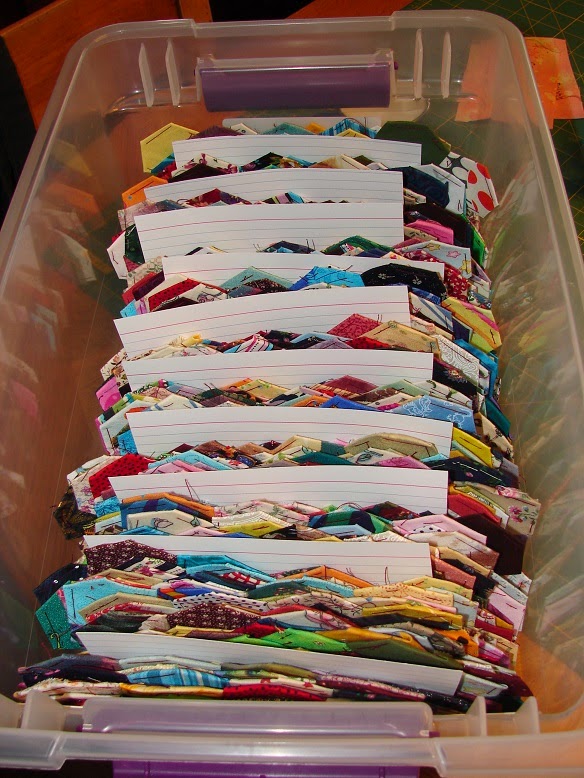 Those cards separate groups of 20. 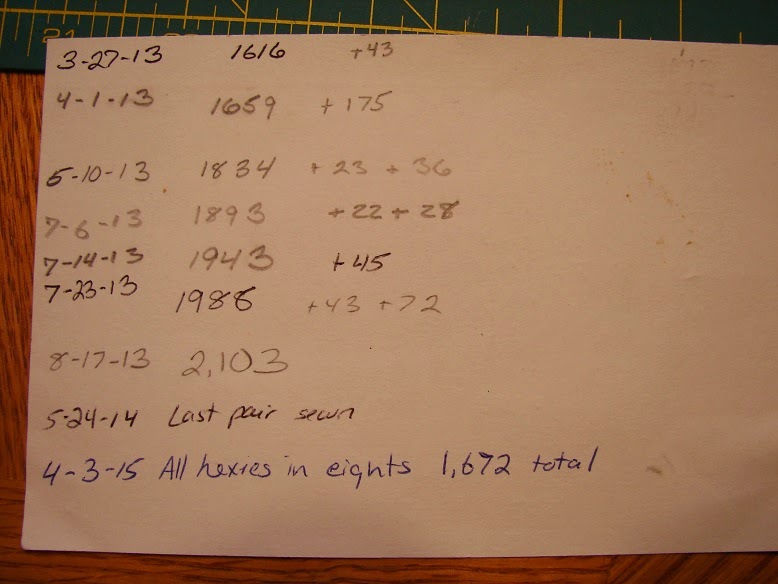 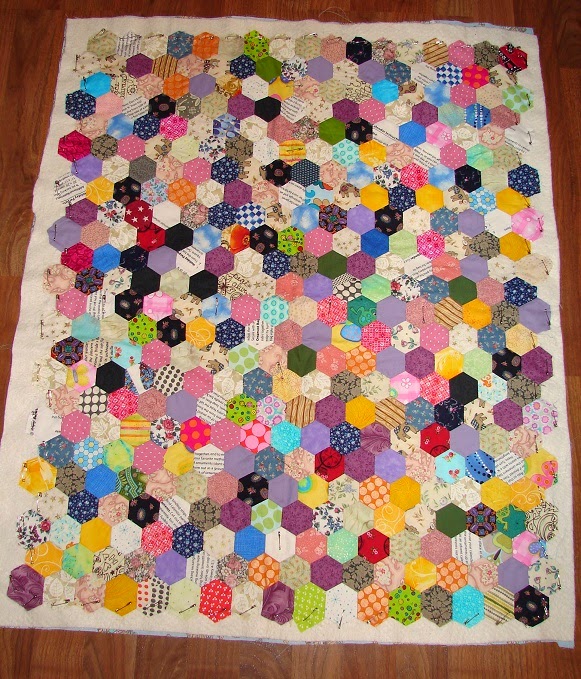 Well, 408 are in the above quilt.  If you've been around for a while, you may remember that I had cut out a large chunk of papers that were the wrong size.  Off by about 1/8" of an inch.  When English Paper Piecing, that might as well be a mile.  So I pieced all those larger hexies into the above quilt.  It is on the "quilt sooner than later" list. :)  In a way its good, though, because it will give me a chance to try a faced binding to preserve the hexie edges. 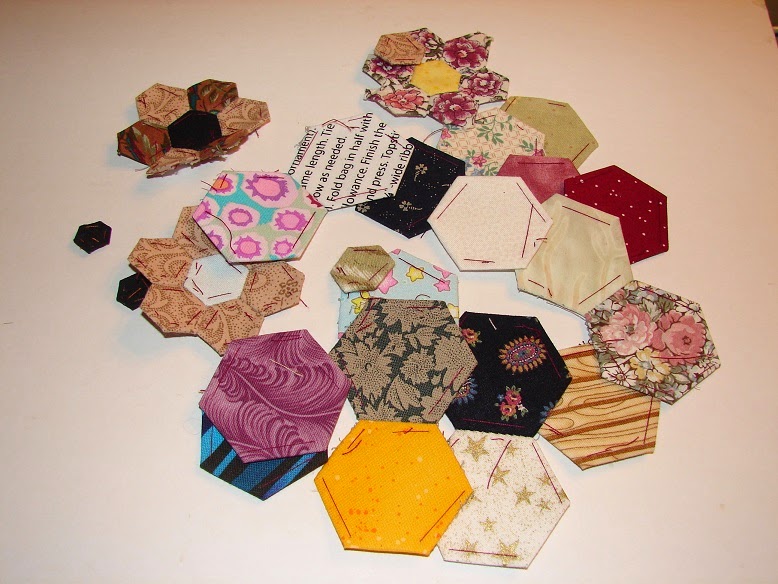 There are also a few random ones floating around of both sizes.

The moral of today's story?  I'm back to basting hexies.  I will pull the scrap box in a while.  I have some other hand projects that I want to work on first.  This is, after all, The Ten Year Project.  I've got Five years left!

Great job on your hexies. Sort of the never ending project, huh?!

After all the grief I gave you about not blogging, I am just now getting around to reading them!