After I decided to do the contrast between the Milwaukee Skyline and Lake Michigan, I searched for a black and white skyline of the city. (even if slightly inaccurate) 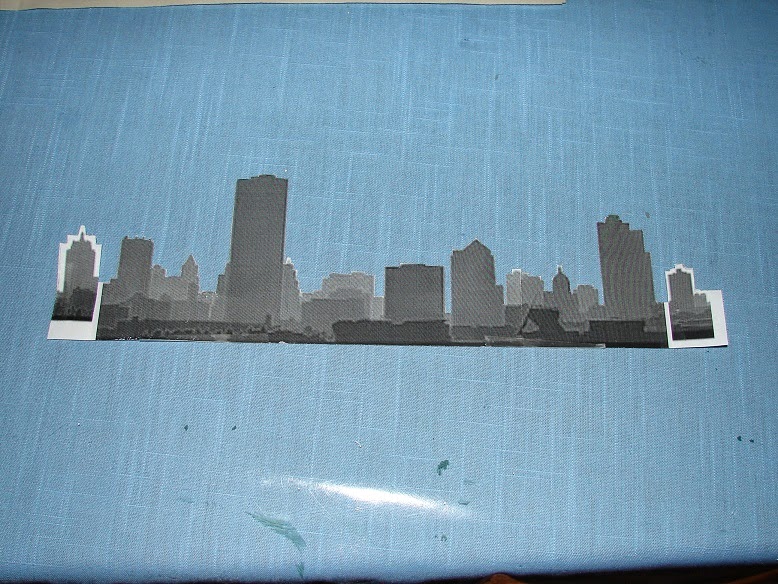 Got it sized and cut out and traced onto black fabric with wonder-under adhered to it. 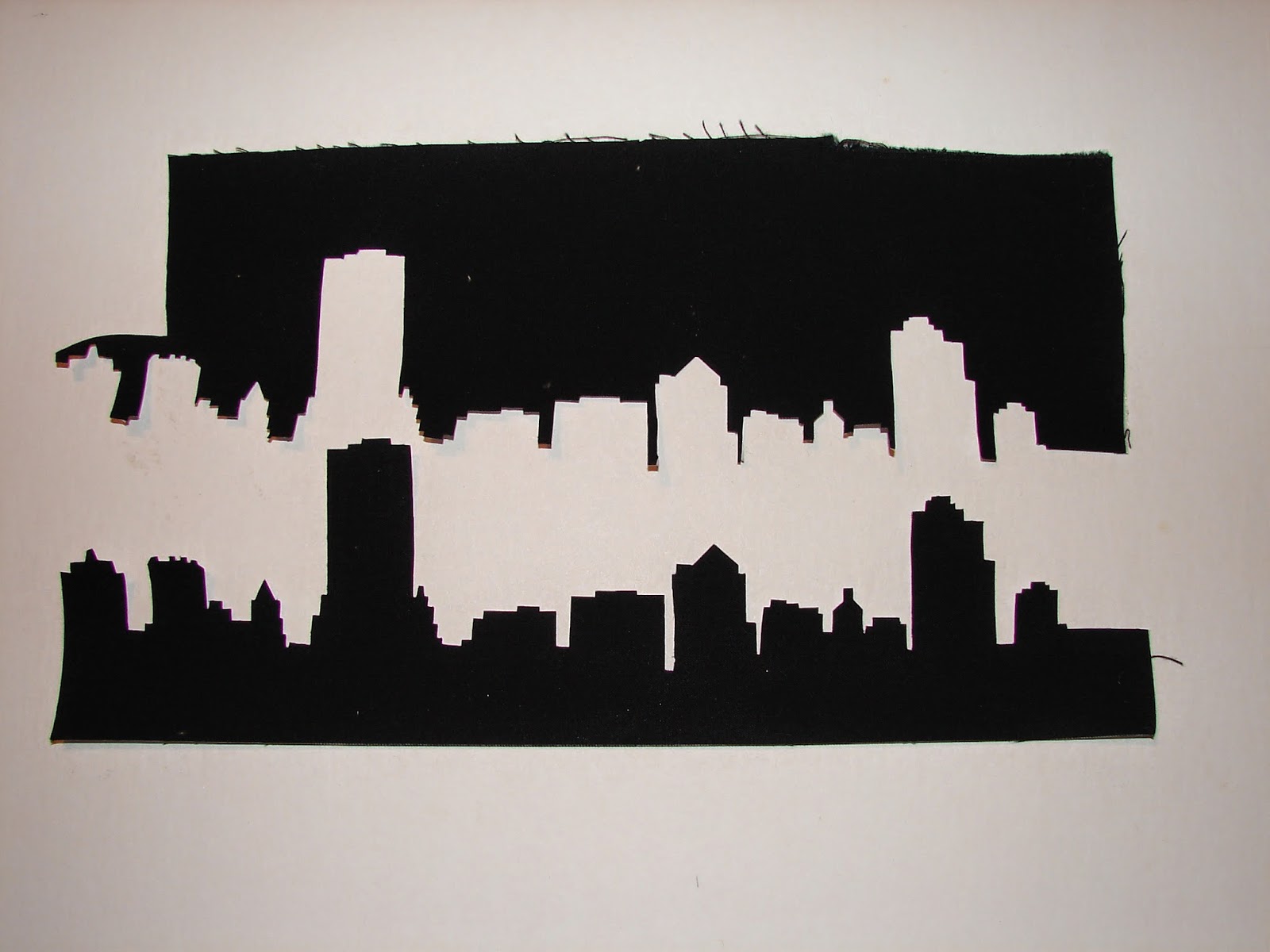 The I carefully started cutting.  Actually after just a few snips I decided to do it carefully and tried to preserve the skyline and its opposite.

At this point, I thought I'd see what I could do with the opposite skyline and try out my ideas and techniques before proceeding with the 'real' quilt. 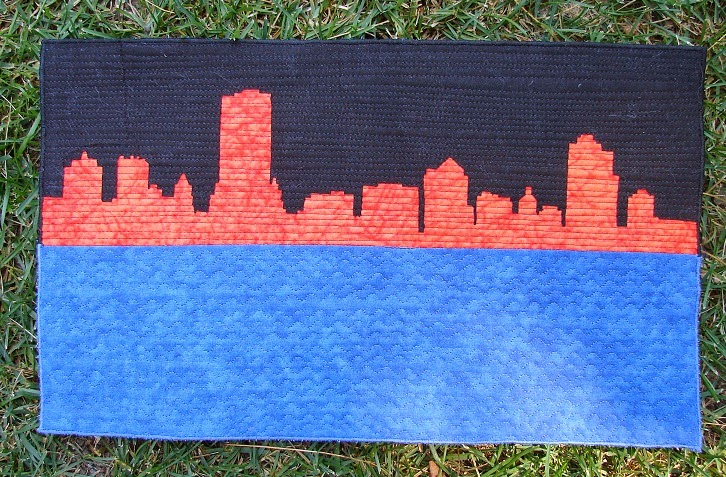 I went ahead and fused it down to the orange, straightened it up and sewed the seam to the blue. 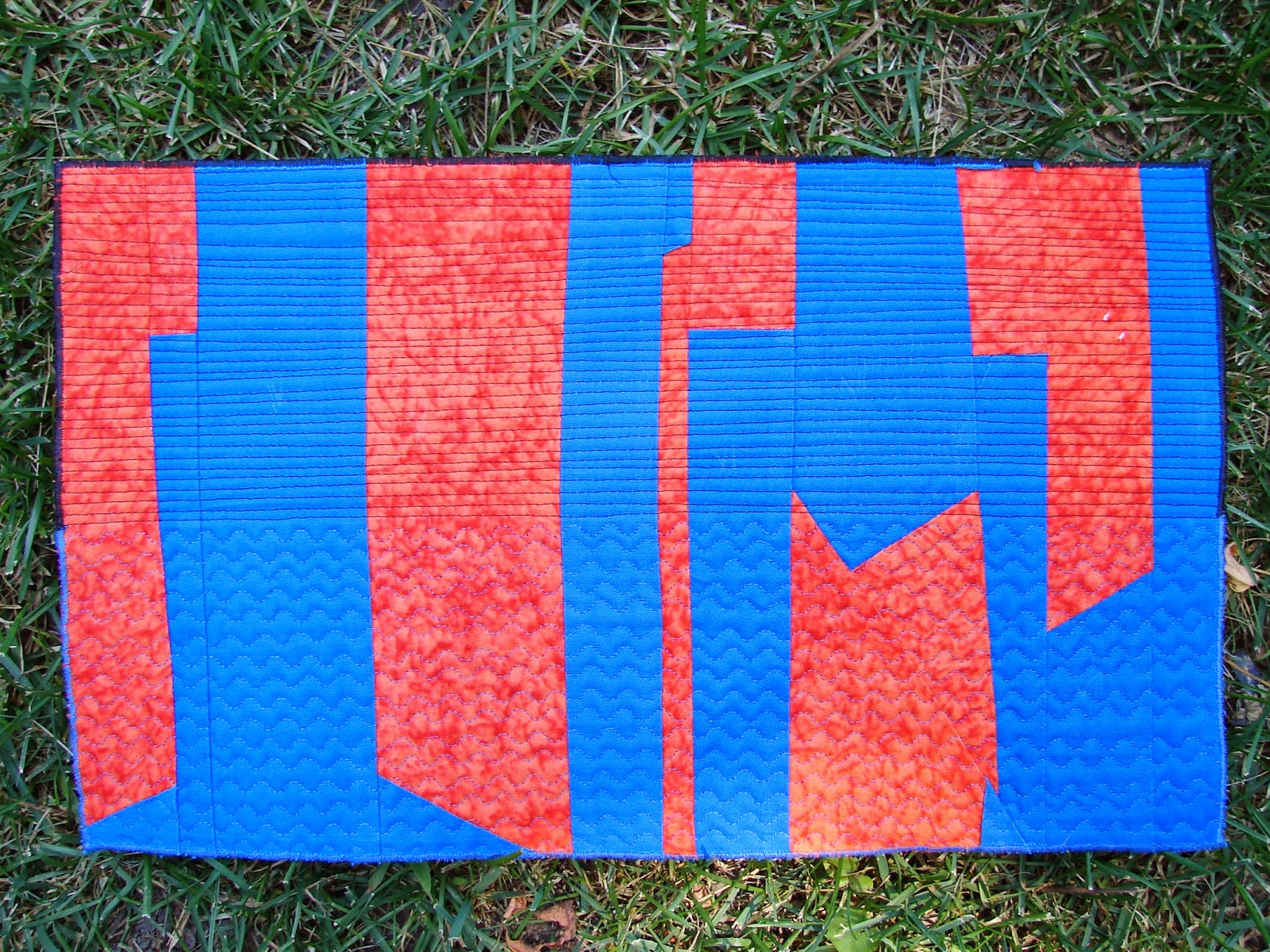 Then I got completely distracted, let the first two skylines sit and started improv piecing.  If you've read my blog for any length of time, this isn't really something I do much of, if ever.  But I started playing around with the orange and blue contrast pieces and ended up with a piece that I thought would work for the back of one of the skylines.  I've got two shots here to try to show the color contrast.  It is pretty bright! 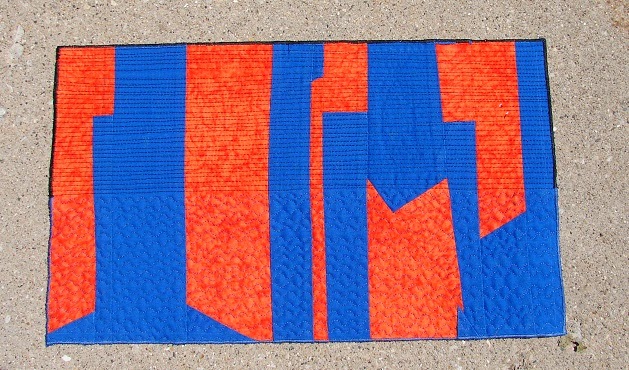 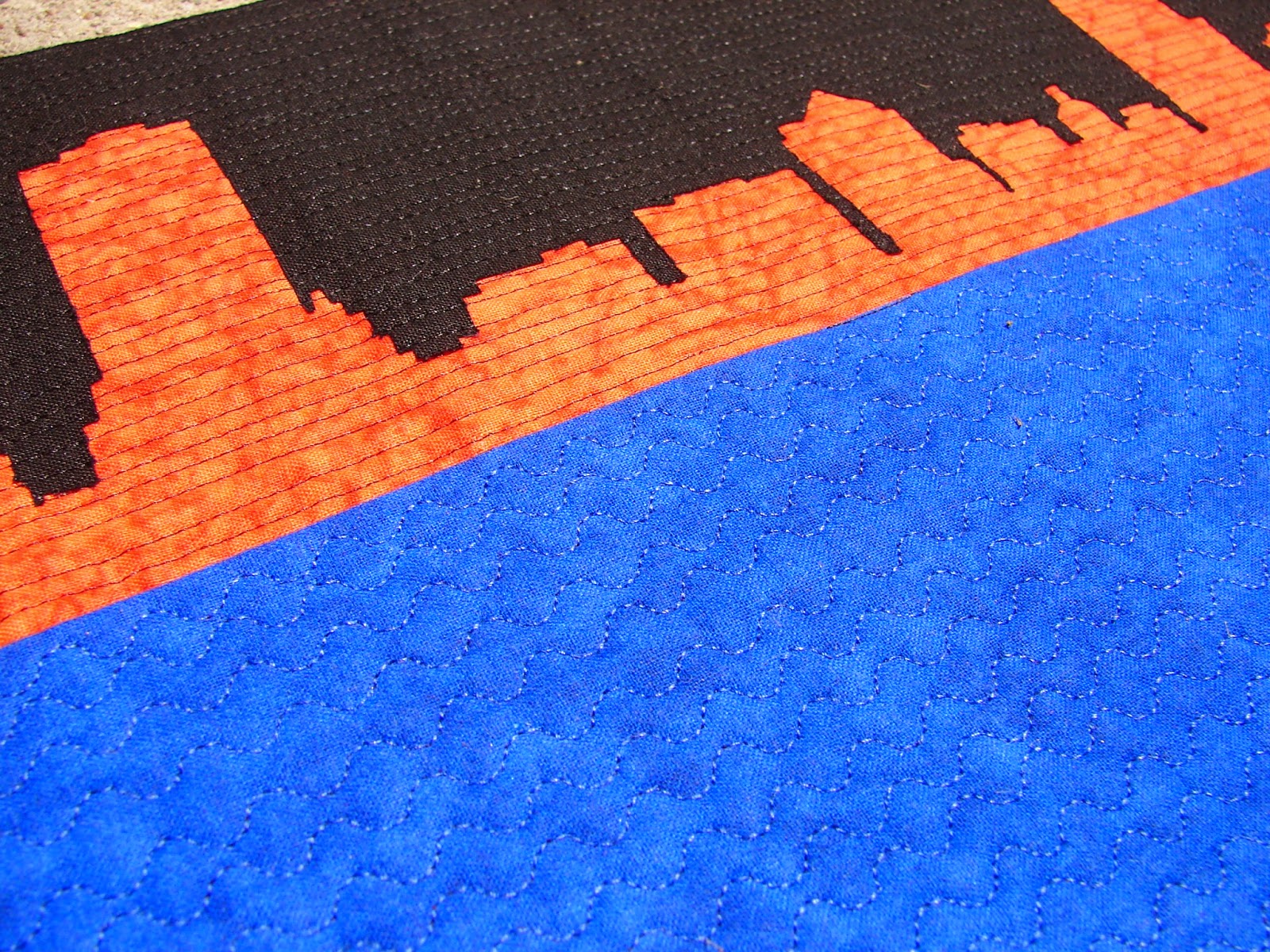 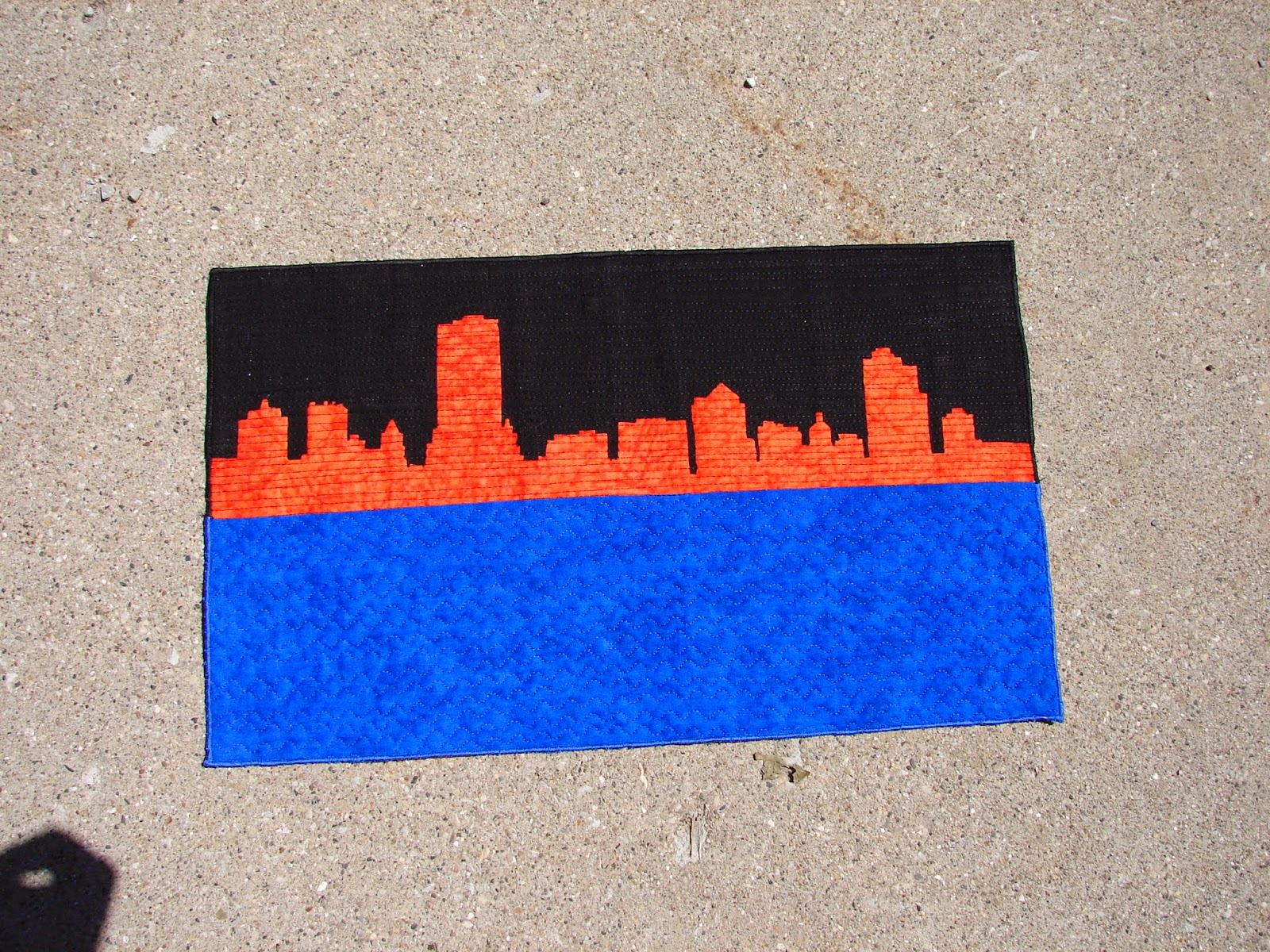 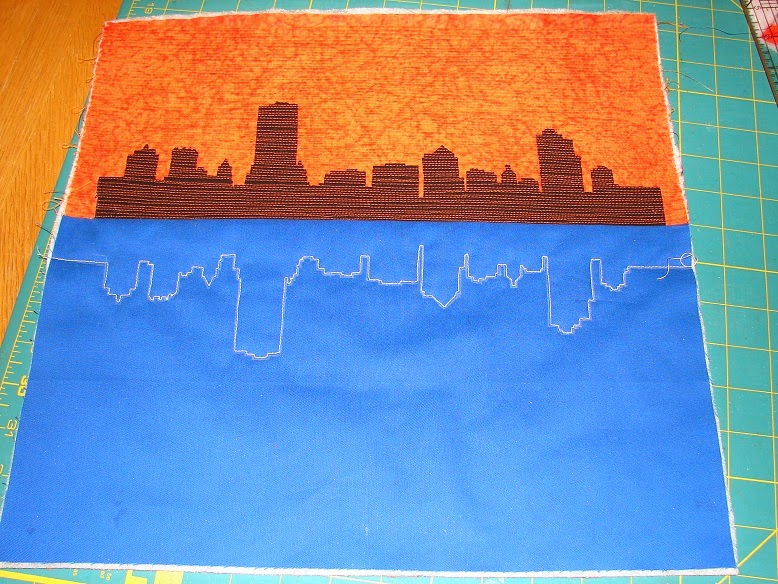 I did the straight line quilting in orange, with a purpose.  My plan was to color the the areas in the skyline with a sharpie, so I didn't have to change thread. 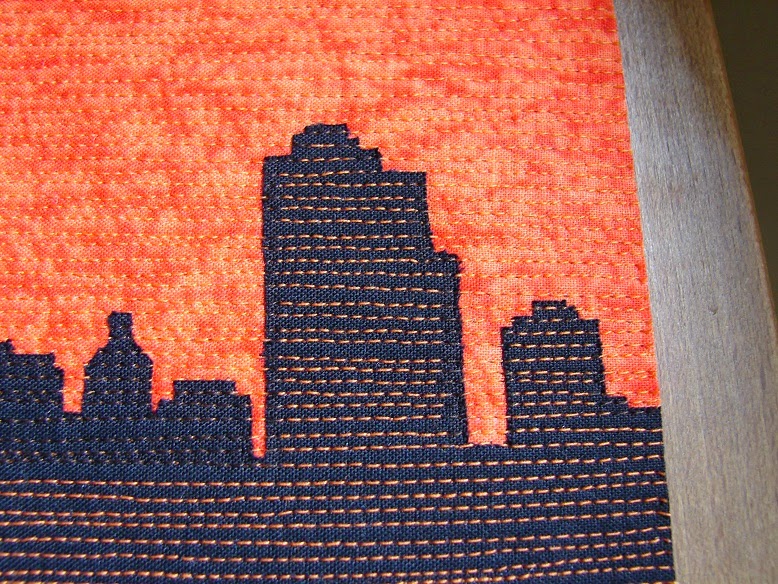 Coloring in progress.  It worked. 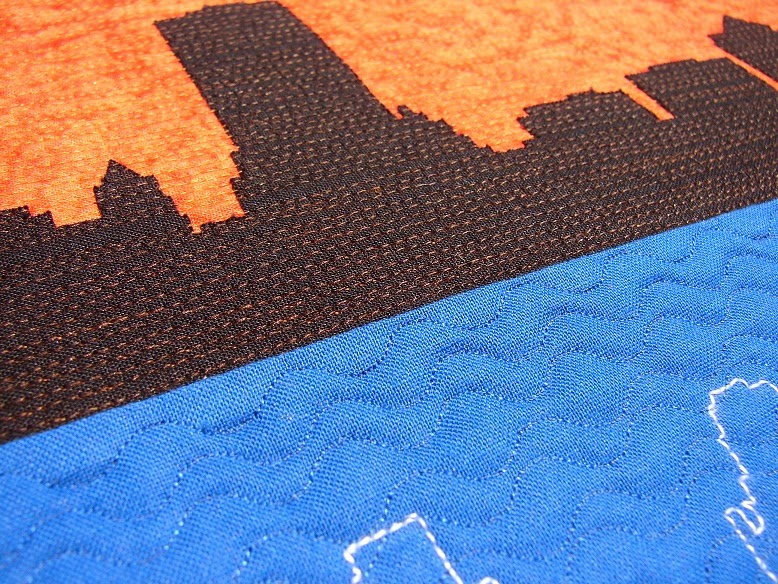 In this shot, you can see some of the orange actually came back, but I'm pretty OK with it.  If I wasn't, I'd just go over it again with the marker. 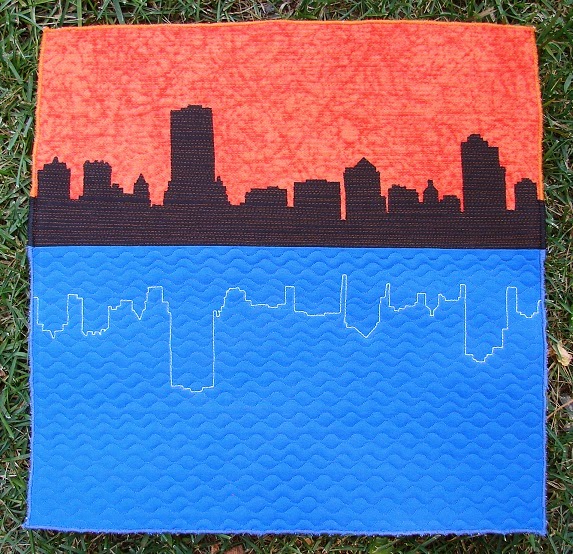 And so, here we've got the final version of Study in Contrasts: 3.

I absolutely love this mini! Your final version is my favorite. The white city outline is perfect. I like the peeking orange.

I love this one too! I think that the orange thread just looks like the lights on the city buildings at night.

A bit late on this comment but I like that you shared the process of creating the skyline and quilt.