What's going on around here?  I'm really only working on two things with any regularity right now.

The first is the 100 Blessings Quilt.  I thought I'd share my current processes with you.  Right now I am pressing and doing the initial cuttings of the squares.  I asked for a 10" square minimum to work with.  (Many people gave more, and I'm probably going to whip up some charity quilts with the extra.)  So I've been squaring up the 10" and making two cuts leaving me with an 8" square, two 2" x 8" rectangles and a 2" x 2" square.  The 2x2 square will be used in the coordinating scrap book.  If I have extra fabric, or I can get the 10" square just right, I try to fussy cut the 2" square so it looks nicer. 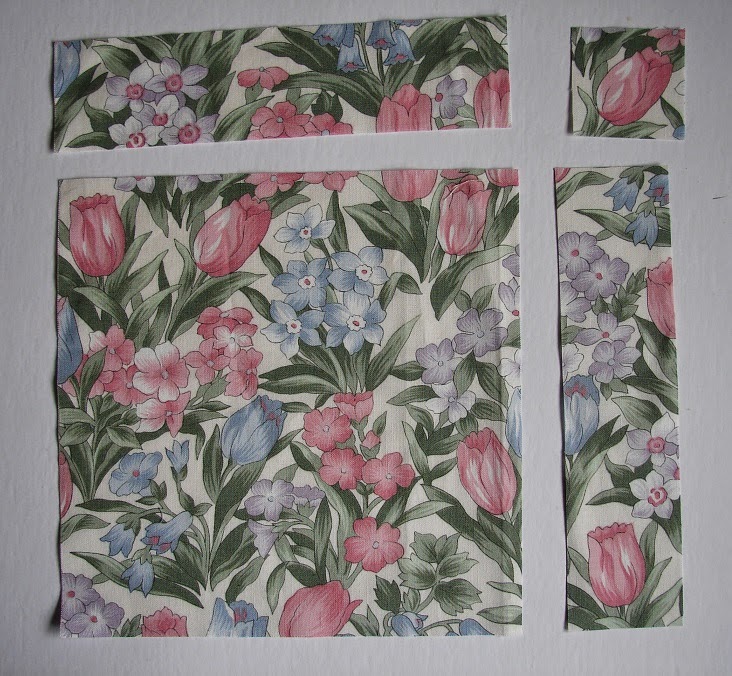 I've also been consistently working on my hexies.  It was last August that I finished basting all 2100 of the lovelies.  I generally keep them in the car for pick up times and when I sit at lessons.  Since I'm about to add two new music lesson for the kids and also become a baseball mom, I forsee more stitiching time in the future!  For the most part I have been sewing them into pairs - the picture below shows all the pairs done. 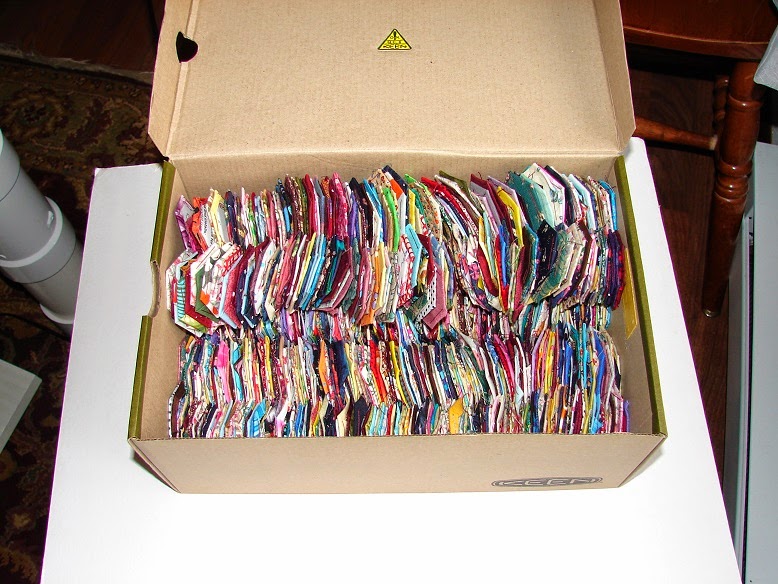 This next picture is the ones that still need to be paired up.  Not too many more! 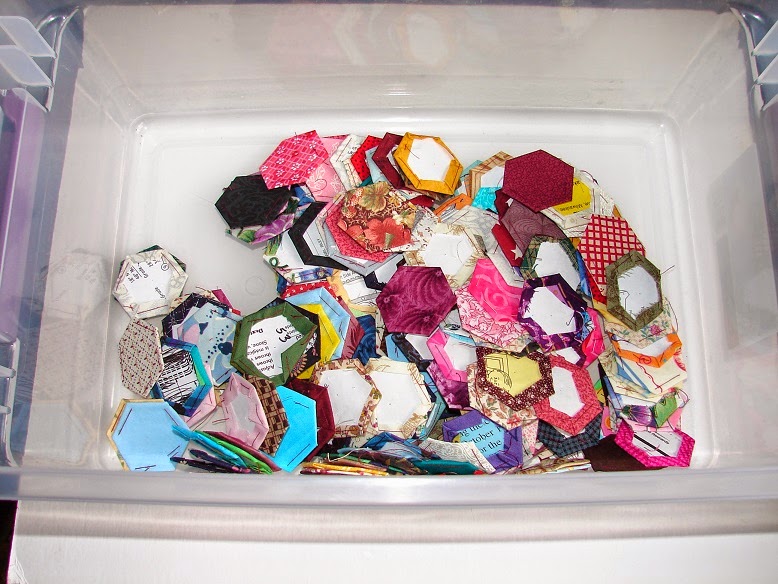 Now this next picture is a layout of the ones that have been sewn into units.  This is because these are the ones that I accidentaly printed out too large.  As I've been doing pairs, I've been pulling out the larger ones.  This will probably be a nice sized baby quilt when they are put together. 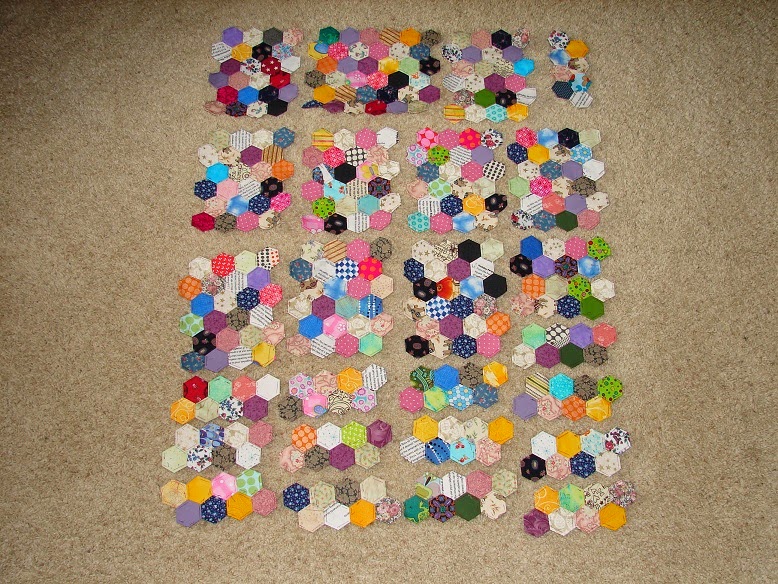 It is making me wonder if I'm going to need more hexies for the queen sized quilt I originally planned.  I will get all the large ones pulled out and count to see where I am before I make that decision.

Linking up with Lee
Posted by Rachel

That is a lot of hexies - you will definitely been kept busy waiting for music lessons!

Your hexies look so cute. I don't know if I'll ever have the patience to make them.

Love your hexes. That would definitely make a cute baby quilt.