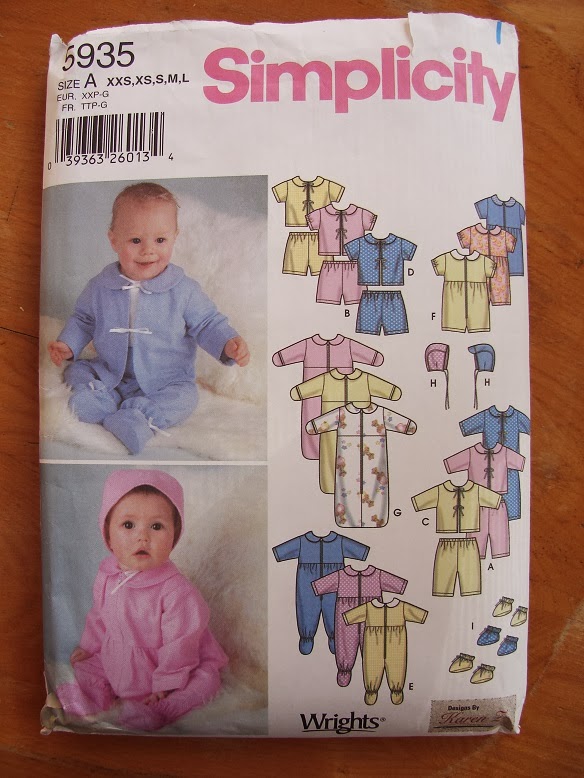 I did some baby clothes sewing last week.  A bonnet and two pairs of pants.  All from Simplicity 5935 which I've had for 10 years. 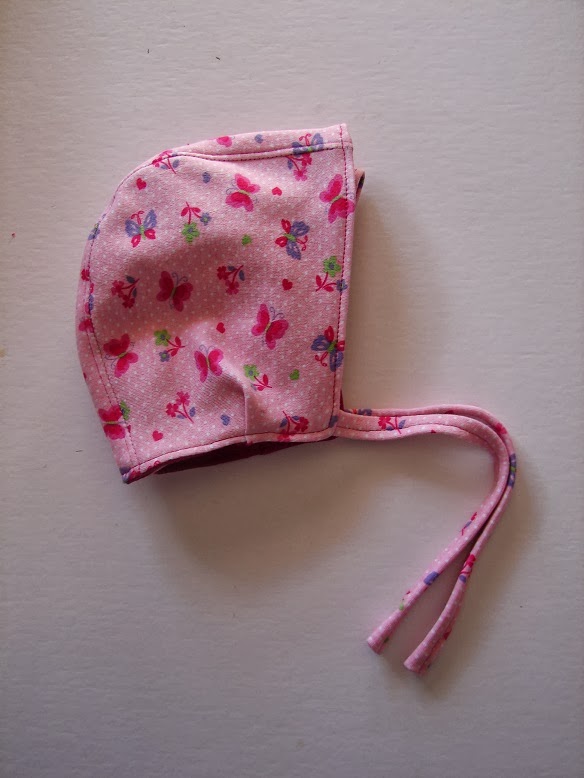 I bought the fabric specifically for the bonnet, and to make it reversible.  There was plenty left to make the pants. 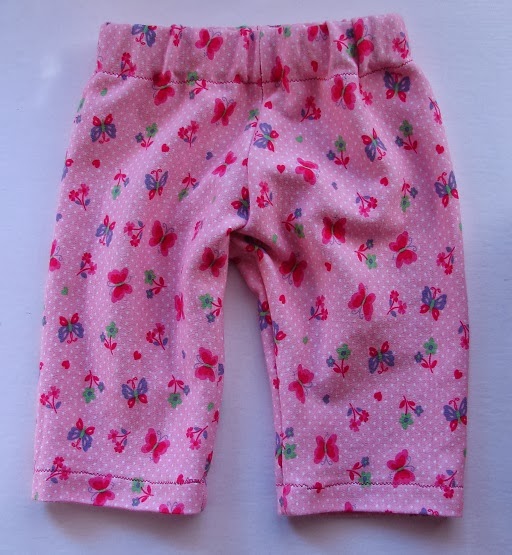 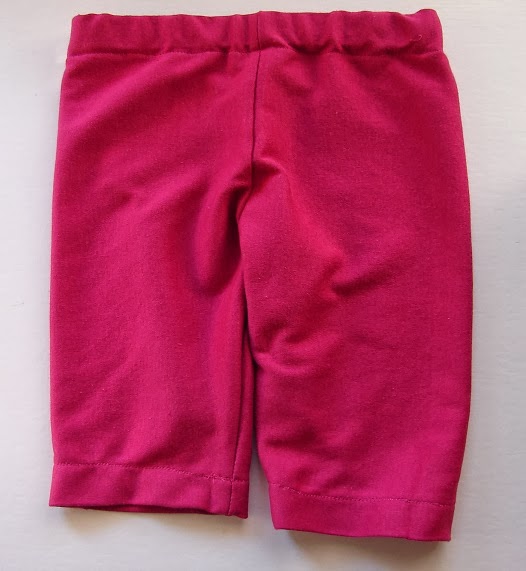 I cut the pinks in the XS size and then cut the others a bit smaller, but they both seem to fit fairly well.  The forgiveness of knit! 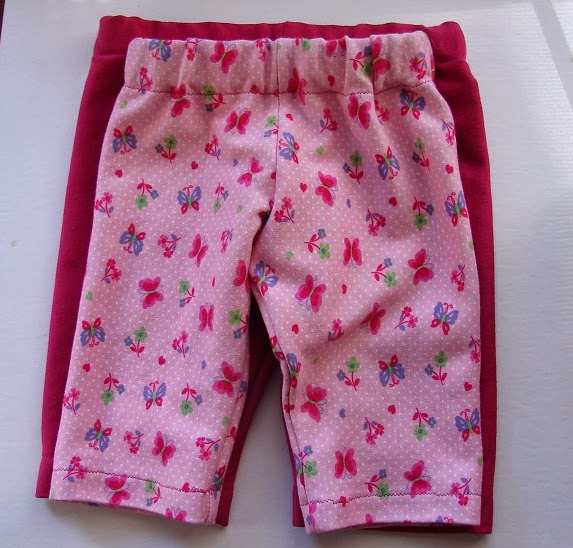 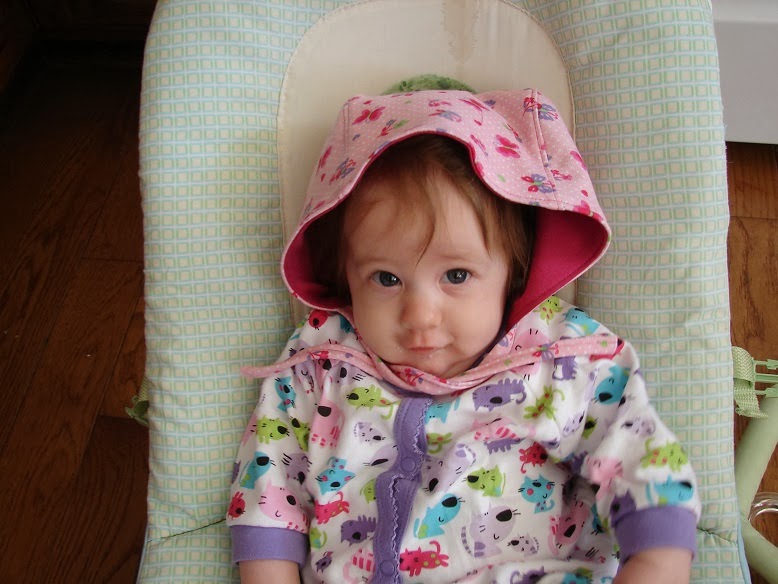 The bonnet, however turned out a bit too big! 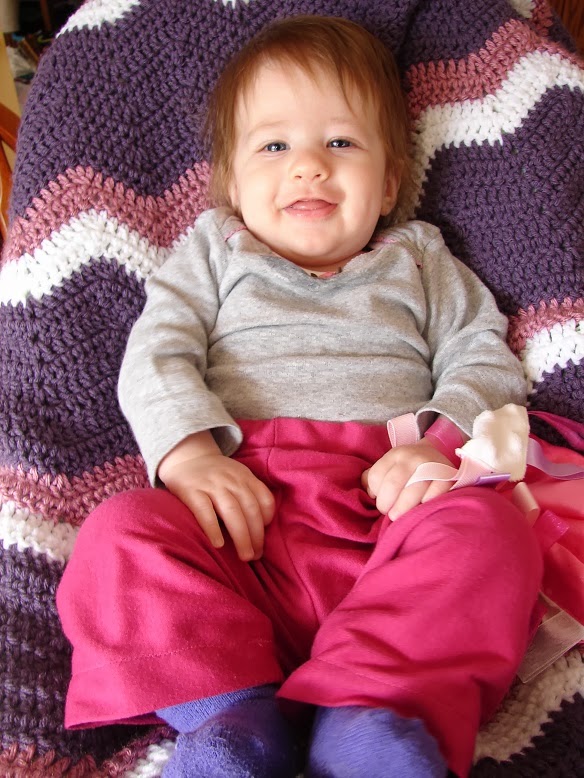 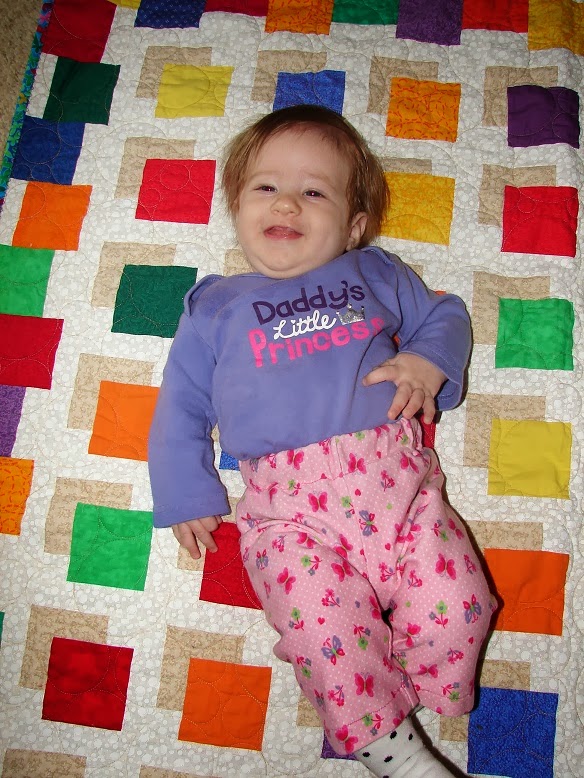 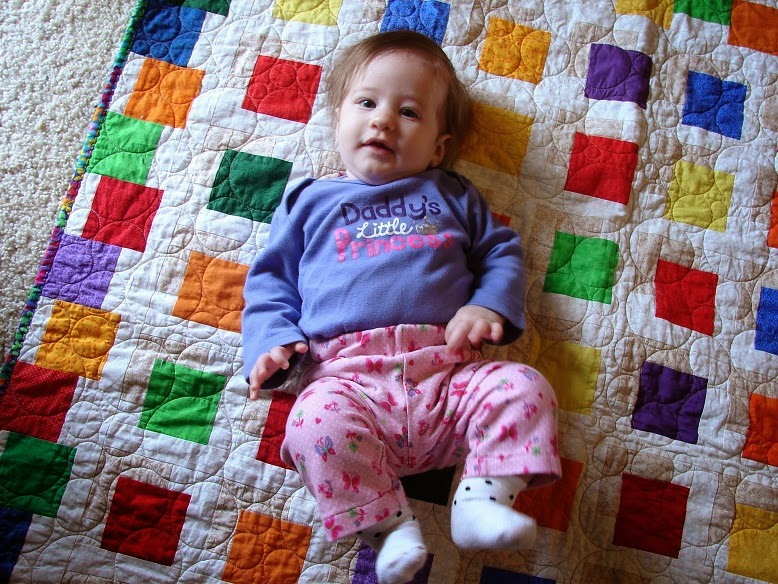 My peanut is a whopping four months old!

She is so cute, as are the new duds!