Yesterday was President's Day here is the US.  Mostly it means some kids have off school (not mine) and we don't get any mail.  But we thought it would be fun to have a President's Day dinner.  Mr. Riley found a colonial recipe for Onion Pie. 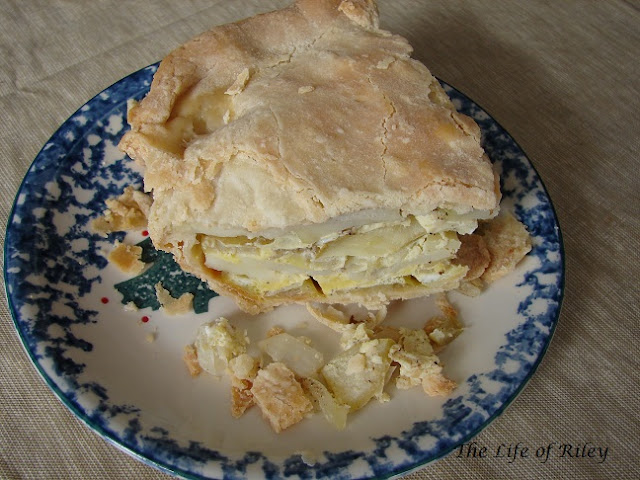 I was skeptical, but it turned out really good.  Potatoes, Onions and Apples, with some egg in a nice flaky (lard & butter) crust.  The most unusual thing was probably the spices.  Salt, Pepper, Nutmeg and Mace.  I will probably make it again, but maybe add some ham inside and maybe some kind of caramelized onion sauce/gravy.

If you are at all interested in the recipe, let me know and I'll put it up.

We also ended the dinner with Cherry Pie in honor of George.  There are no pictures of that.  Mr. Riley & I finished the pie for breakfast.  I don't feel any much guilt about that.  It was the ice cream on top that was probably a bit much!

Lastly, a sneak peek at my current project.  Actually, I would have called it done, but the recipient said it 'wasn't exactly what he wanted' so we are working toward that. 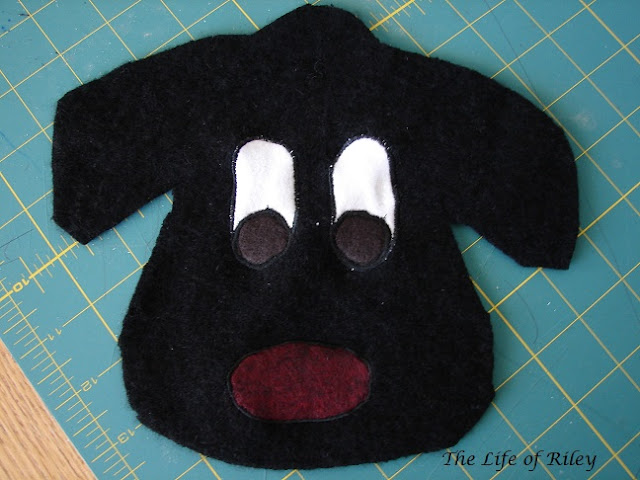 the words "Onion Pie" threw me off at 1st ... but after reading the ingredients it sounds pretty darn good! & apple pie ... hello ... is my fav! cool way to celebrate Pres. Day!