So owls are obviously "in" again.  I've been seeing them everywhere.  So I decided to get in on the action and made my own. 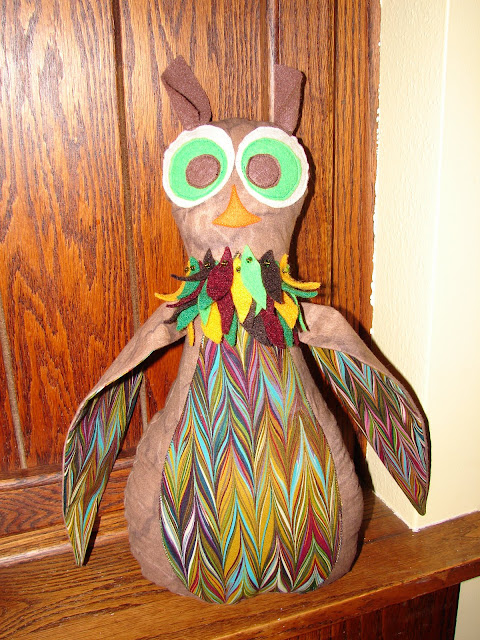 This guy is a pattern fromSewing Bits and Pieces: 35 Projects Using Fabric Scraps by Sandi Henderson.
I bought the book because I loved the cardigan on the front.  When I first paged through it, I wasn't all that excited with the projects inside.  But then I kept thinking about this owl and I had to make it.  His name is Archimedes (from Disney's Sword in the Stone).  The stomach piece on the pattern is a little tall, but it did get covered up with his neck feathers.  Also, the instructions tell you to do french knots to hold on the feathers.  I put some beads on instead.  I also learned why you are supposed to use wool felt instead of the cheap stuff from the craft stores.  Wool doesn't melt. 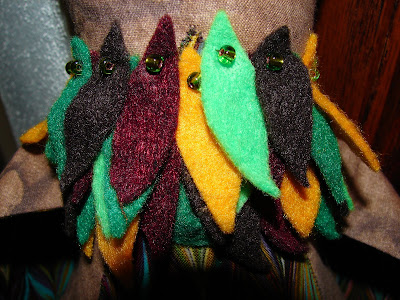 I thought for sure one of my kids would take him for their own, but he sits in my dining room with me.  Maybe they think he's mine.
Posted by Rachel