It's been a rough summer.
Time has slipped away.
BUT, I am reclaiming the things that I love to do, and one of them is this blog.  So let us get to it!


This quilt top was NOT made by me.  I have been talking with the acquaintance who did make it for a couple of years about it.  She had made the top about 10 years ago when a friend of hers showed her quilting.  Then that friend moved away and the top sat.  (we all know this story) 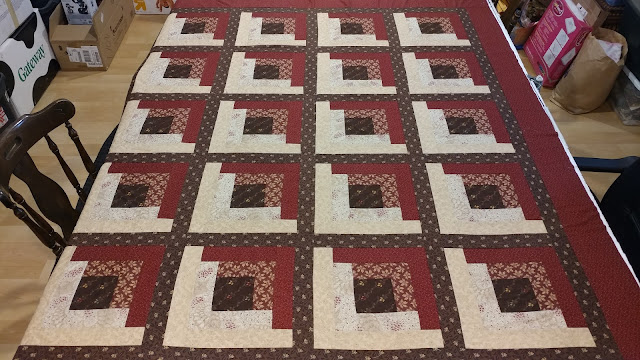 I had offered to quilt it for her a while ago.  Recently, she decided to pull it out and see if she could do the quilting herself.  She got the back made, got it all basted, started some stitch in the ditch, and ended up with puckers.  Back into the closet it went.

I told her to bring it to me, stitches and everything.  She did actually take out the stitching, but I unbasted, re-ironed and re-basted the whole thing.  Proably using at least twice as many pins as her. 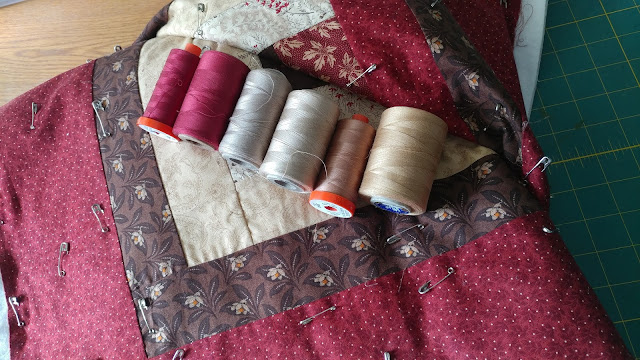 Trying out some thread choices.  She had included some coats and clark brown - but I wanted to do better for her than that.  It's not like I'm going to run out of thread anytime soon. 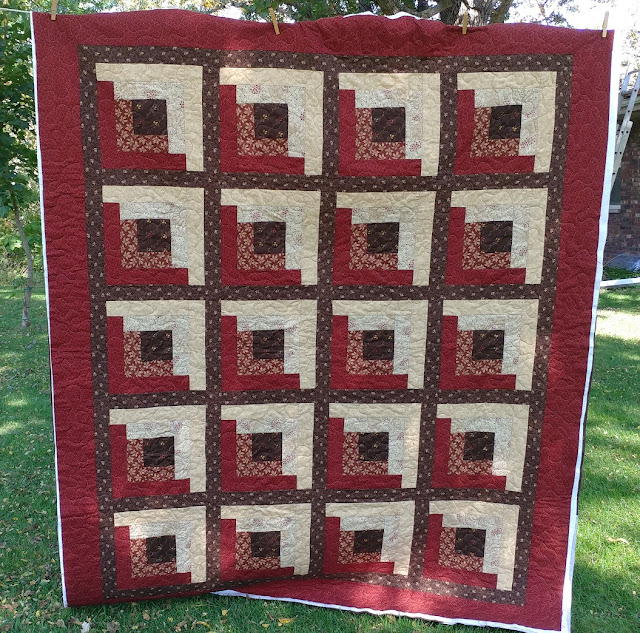 I went with the light brown aurifil.  It blended in perfectly with the neutral areas of the quilt and is fine enough to sink in to the areas where it does contrast.  A good wash will help with that, too. 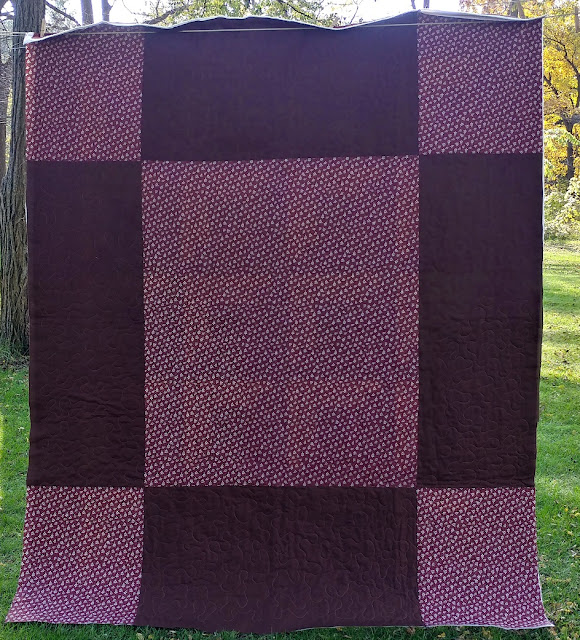 She really made a lovely back, too. 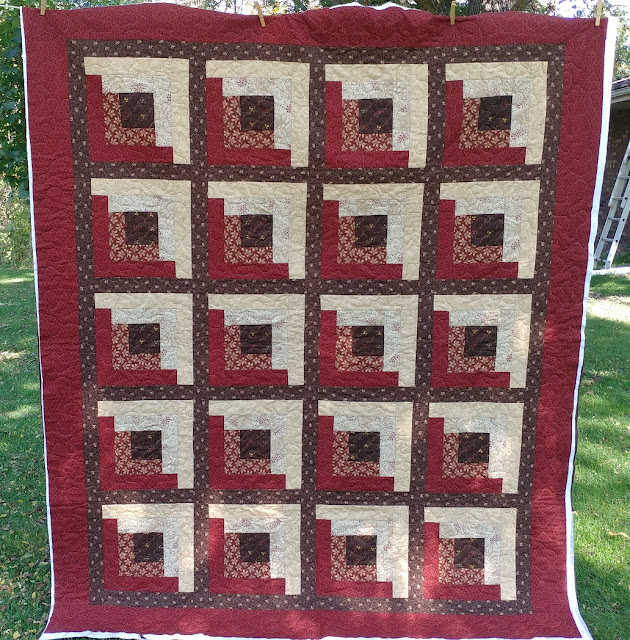 The quilting is a large all over meander/stipple.  For some reason this comes pretty naturally to me.  It is also fast.  She had suggested stitch in the ditch, but that's easier said than done with log cabin.  Too many stops and starts.

I also now appreciate the quilting for others aspect.  I don't have to trim and bind.  My job here is done. 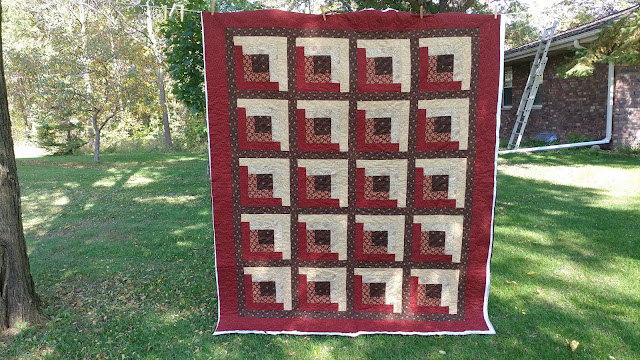 It is 83F here in Wisconsin today.  40 on Thursday.  Such a strange Autumn so far.
Posted by Rachel

You are such a good friend. She will cherish her new old quilt.