Saturday, April 1 was a sewing day at the church where our my quilt guild meets.  You can sew from 9-9, whatever you want.  I was able to take advantage of that and brought along a bunch of small things to finish up.  I've been trying to clean out. 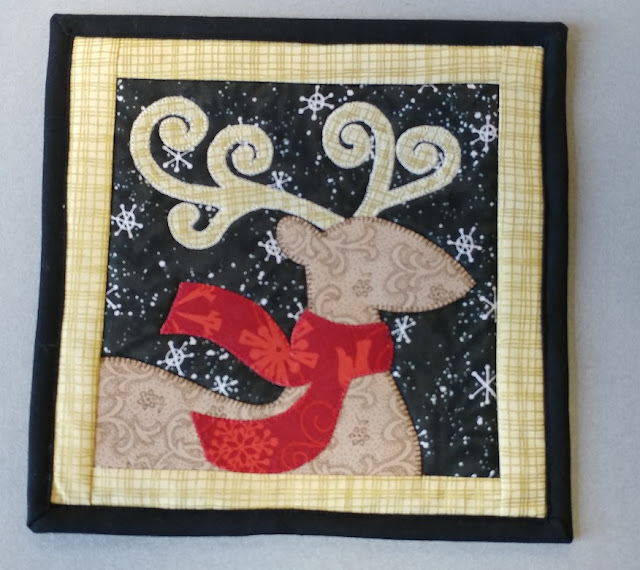 This is a little 8" block.  The top was done, I had to applique down the antlers and do some quilting and binding. 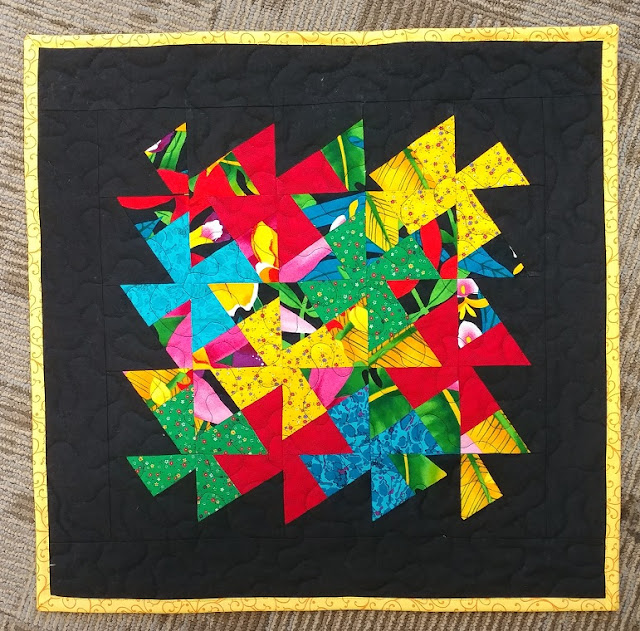 This twister top is something my aunt had made that ended up at my house.  Some quick quilting and a binding - and its done. 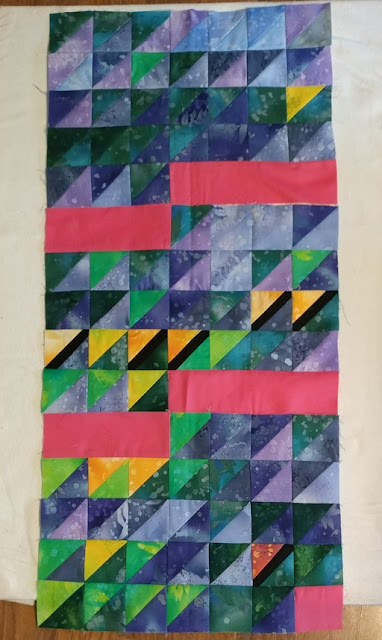 I finished up March while I was there.  Here are the first three months of the temperature quilt.  Can you believe the first quarter of the year is over? 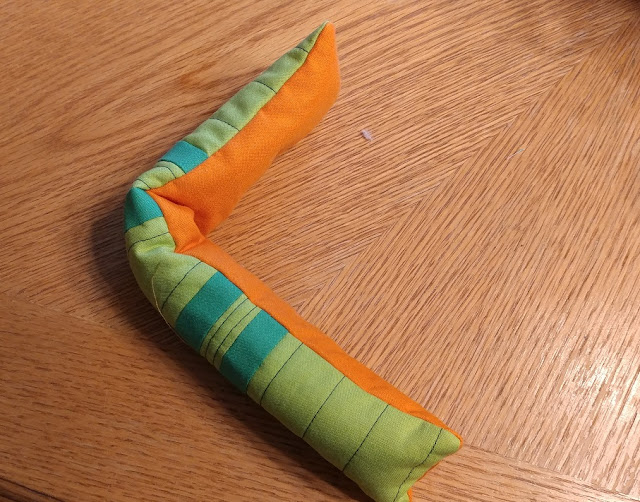 I also worked on some pincushions.  The one above needed more filling.  It was rather limp. 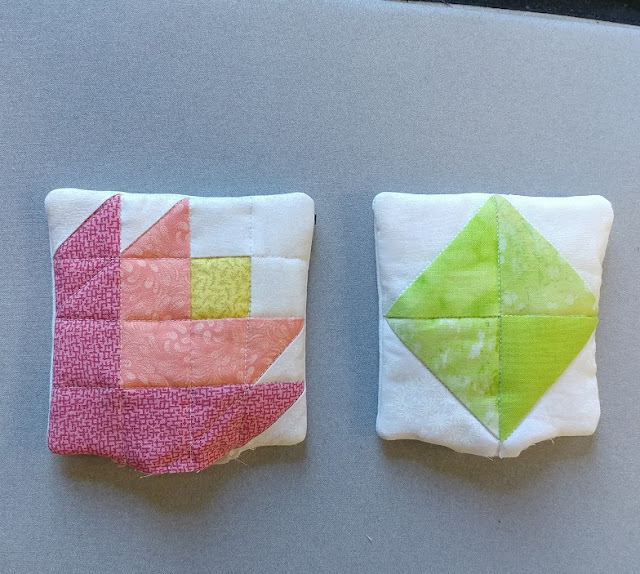 The tulip was a paper pieced block that my mom made probably 20 years ago, its been floating around my stuff, so I decided a pin cushion would be a good solution.  The green one was pieced from extra half square triangles. 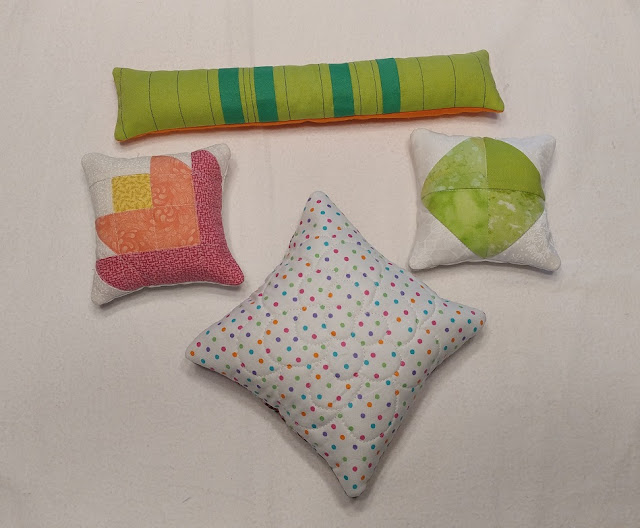 And a larger one, that was a stitch out FMQ practice.  They are all filled with crushed walnut shells.  The big one would also make a good pattern weight.

Nice finishes!!!! I love a good productive sewing session! Now that my Red & White quilts are done (I nicknamed them, Thing One & Thing Two) I feel a little lost, like I am flailing about!

What great little projects and you completed them all! You've been busy this month doing a lot of wrap-ups. Isn't is funny how many small projects we can accumulate? Congrats on the finishes!