Sometimes I joke with people that we "have one of everything in our barn".  But really, I sometimes think we do.  My FIL has been going through boxes and such and pulled out three quilts and a blanket earlier this summer.  I have spent the whole summer and early fall airing them out.

Don't do it people.  Balls of stink and cancer. 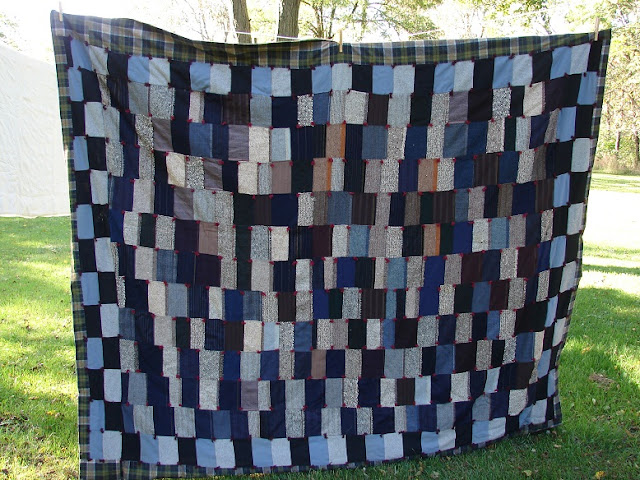 On to the quilts.  This first one is wool and flannel.  All the patches are wool selvedges. 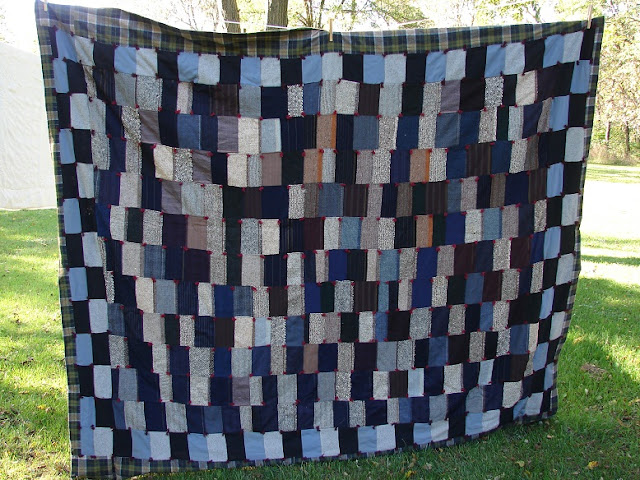 It is most likely that my FIL's grandmother made these, and probably mostly when they lived in Chicago during WWII.  She would have had access to men's suiting cut offs in a place like Chicago. 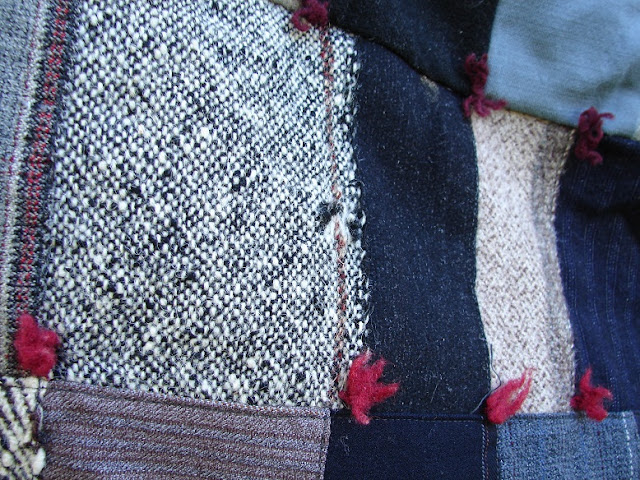 They are stacked with the selvedge edge up just like our selvedge quilts today. 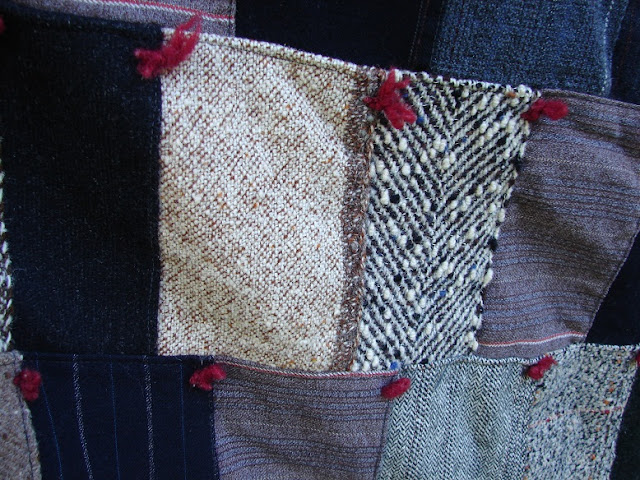 Tied with red yarn.  The "binding" and backing are flannel.  Inside?  An old tied plain comforter.  This one probably weighs at least five pounds! 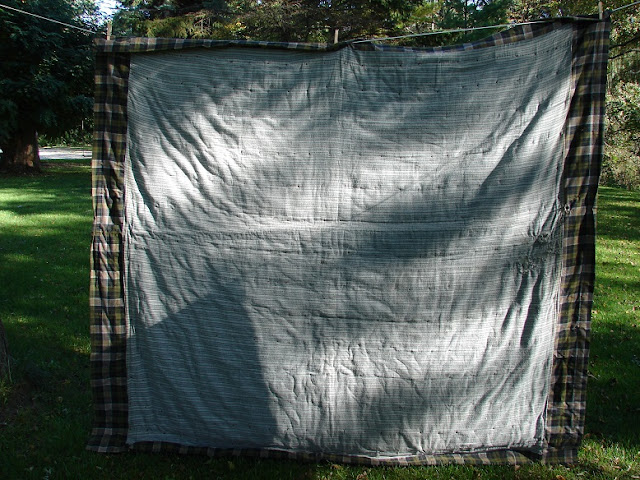 Up next is one made of muslin and shirtings.  The blocks are nine patches. 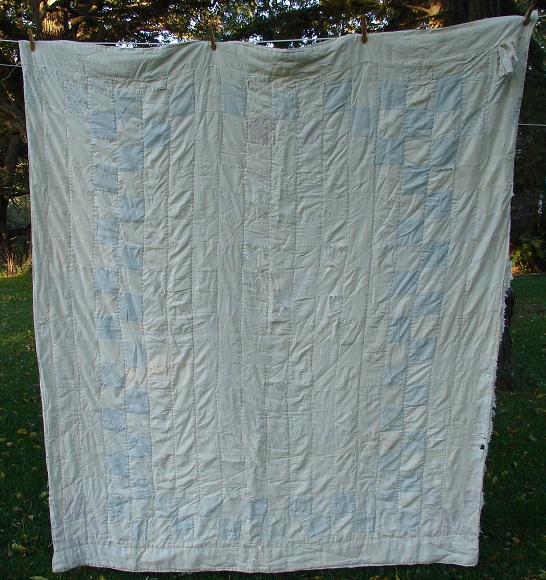 This one has seen a lot of love/wear.  The edges are quite tattered and the shirtings are wearing through in places. 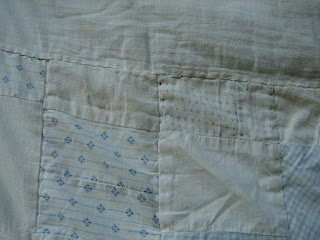 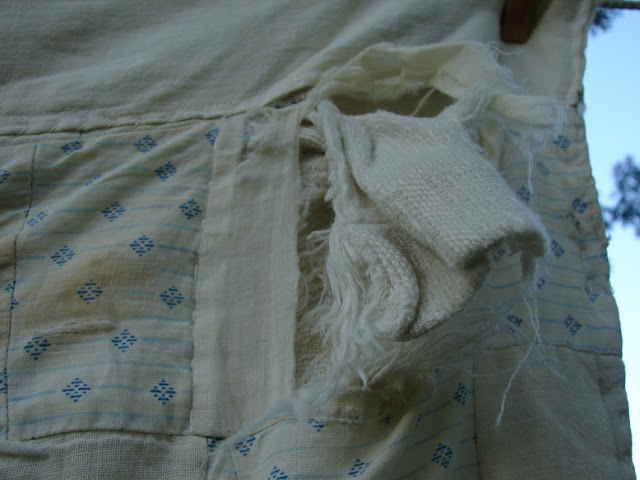 The "batting" is a cotton blanket.  Here you can see a corner of it coming out.  The whole quilt is hand quilting.  No binding, rather a knife edge. 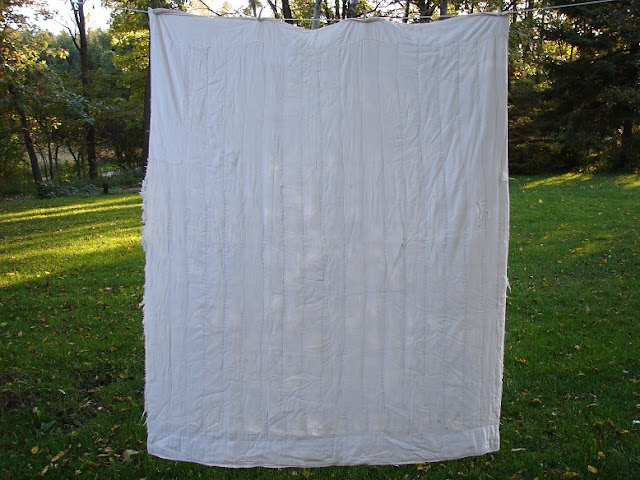 The back is mostly one large piece of muslin. 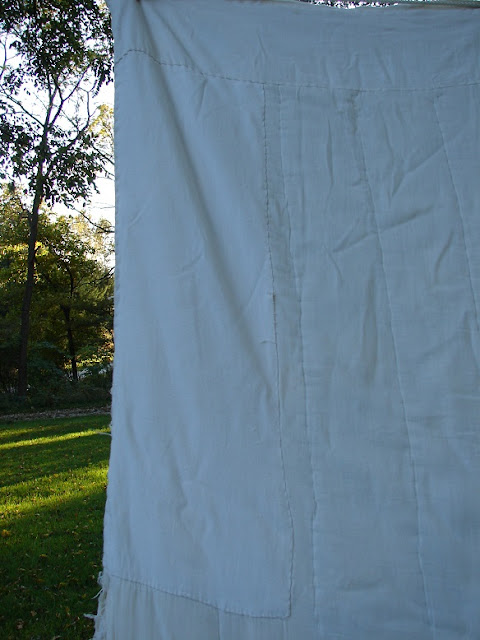 There are a couple of patches sewn on as well. 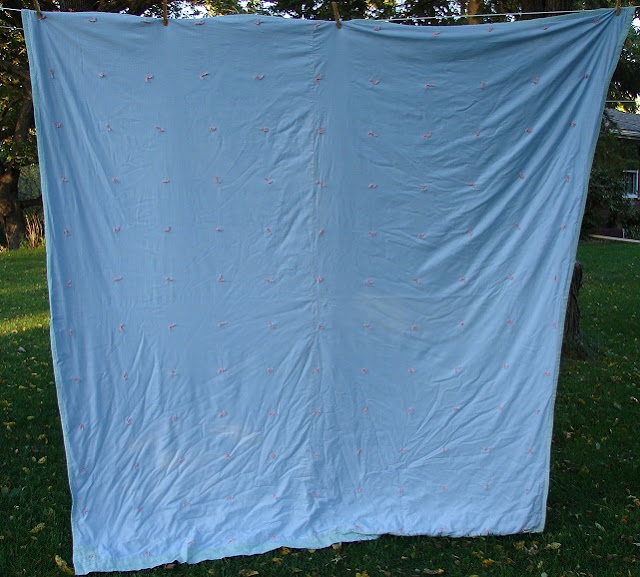 This one isn't really a quilt, as such.  From what I can tell there is not an actual layer of batting inside.  It is instead a couple pieces of fabric or sheets sewn together and then tied. 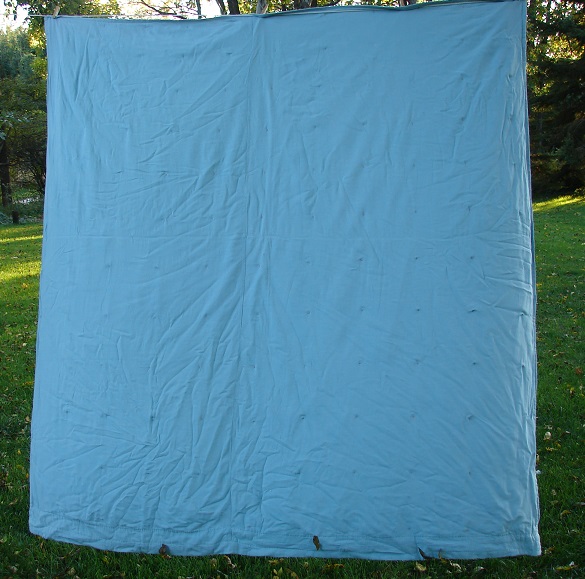 Perhaps a summer weight covering?  This one is actually in perfect condition.

Lastly is this log cabin quilt.  Again, very heavy because of the tied comforter inside.

Now that they've lost their stink, they've been stored with the other vintage quilts.