This quilt has been a long time coming.
I mean a loooong time.
As in, I promised my niece a quilt and then promptly forgot about it. 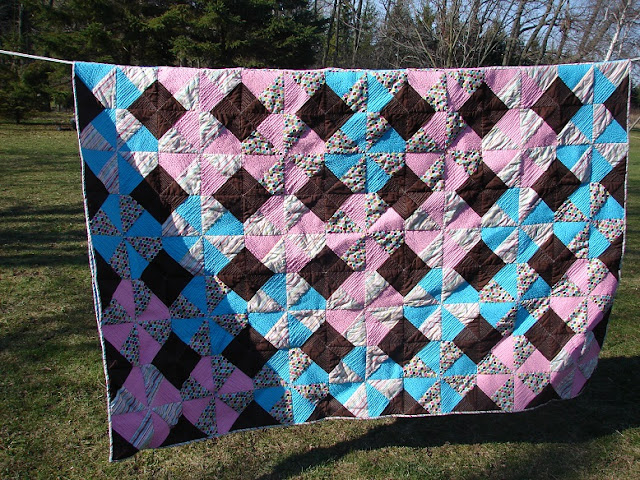 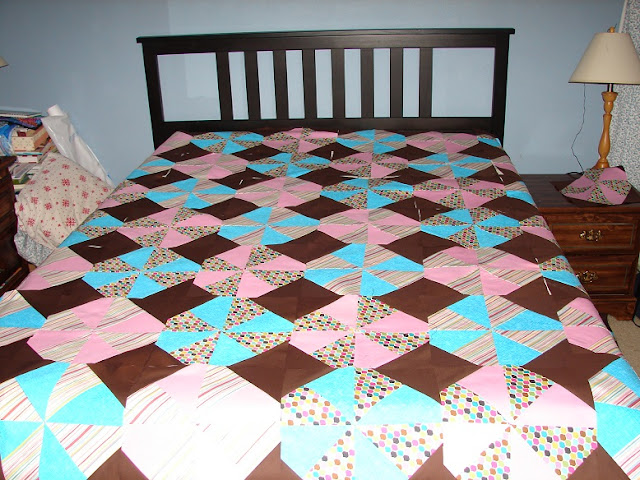 I also couldn't share much in the way of in progress pictures, because, you know, a gift, and the internet.  No surprises there...  So the above picture is me laying out blocks on my bed, trying to decide on a layout. Also freaking out about how much BROWN there seemed to be. 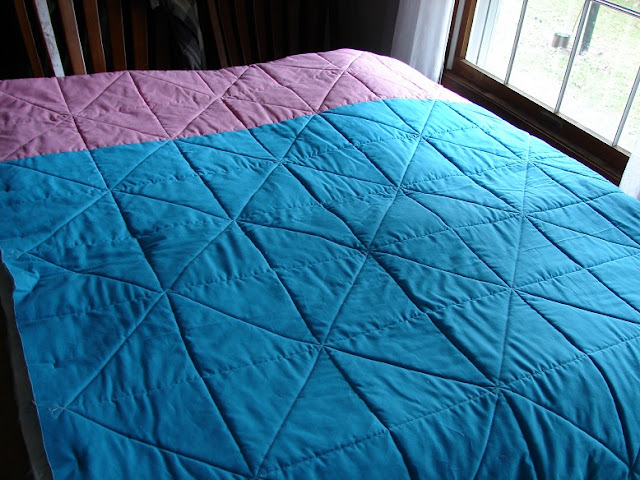 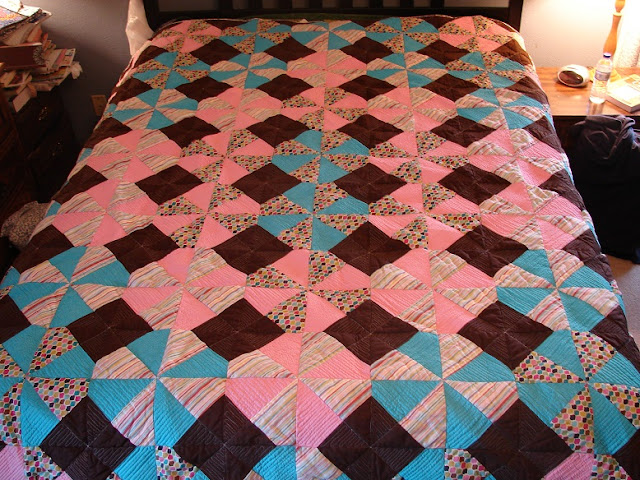 So on to the finished quilt, and lots of pictures.  But none of a full shot.  It is really hard for me to photograph a queen size quilt by myself.  In fact, it turned out to be impossible. 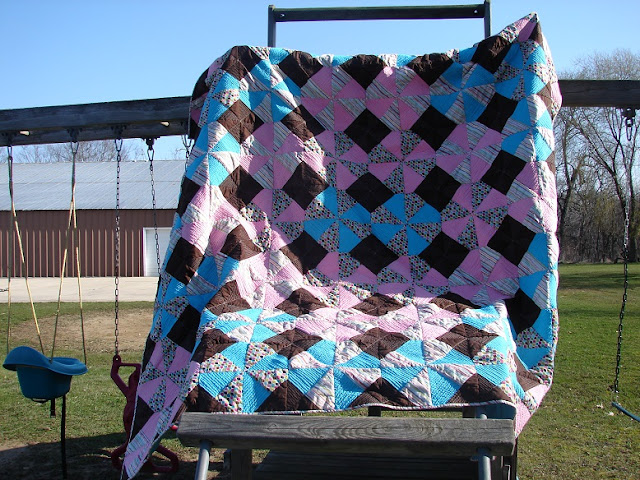 First I tried to put it on the swing set.  Not working. 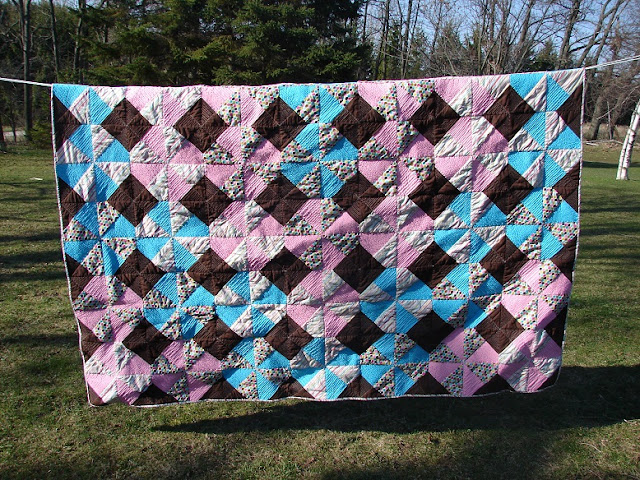 So I ended up using the laundry line.  If you take the upper and attach it to the lower picture, you'll have the whole thing! :) 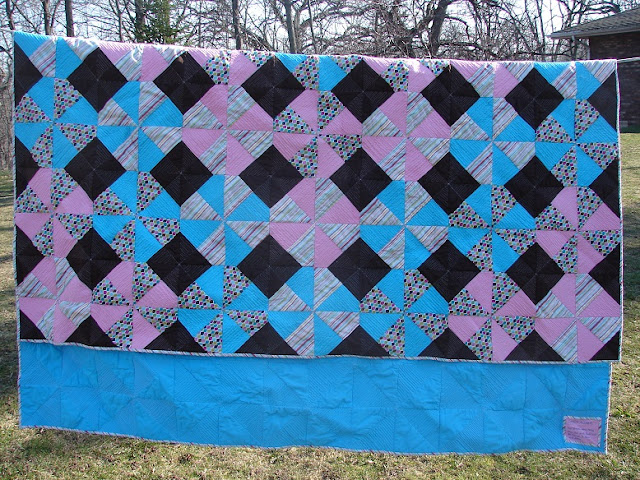 After the straight line quilting was done, I went back in for some free motion quilting.
It added lots of texture, and I was trying to tone down the brown some. 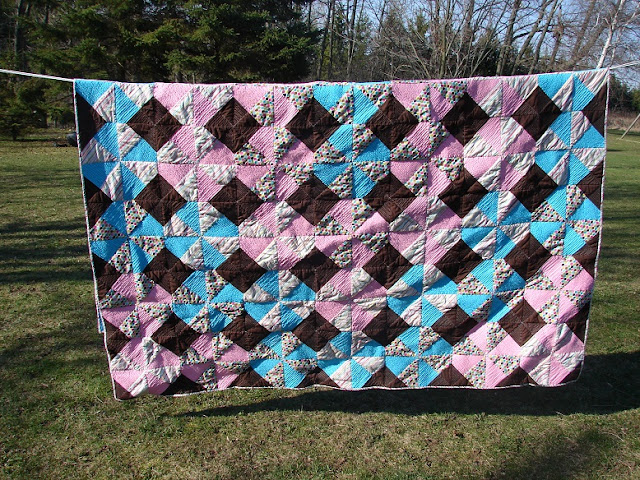 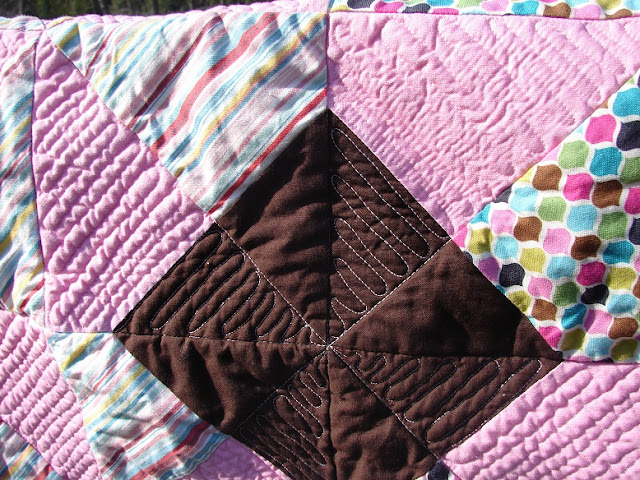 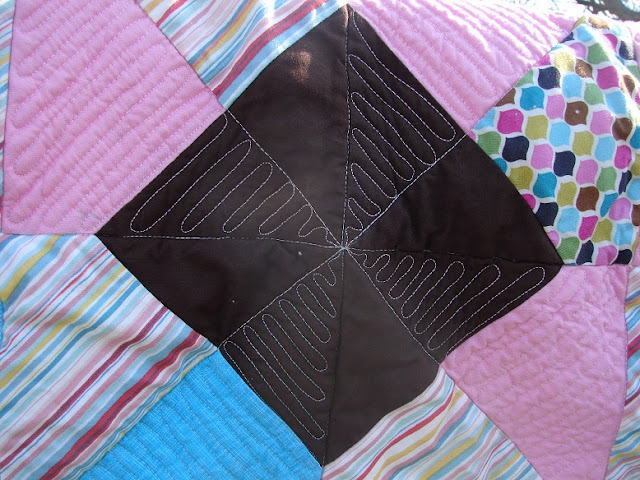 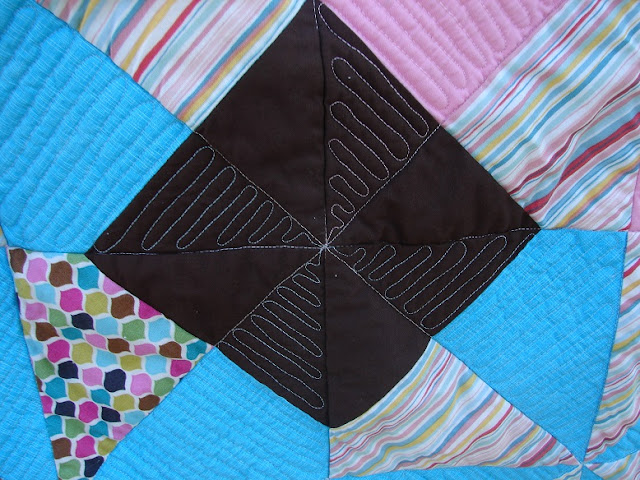 Then on to the blue.  222 minutes (3.7 hours)  Not sure why the blue was less, except that perhaps I was getting into the rhythm of it.  It is the same amount of blocks for the blue. 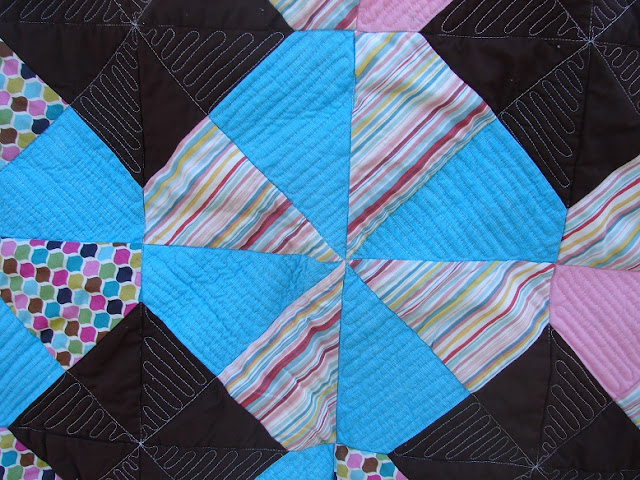 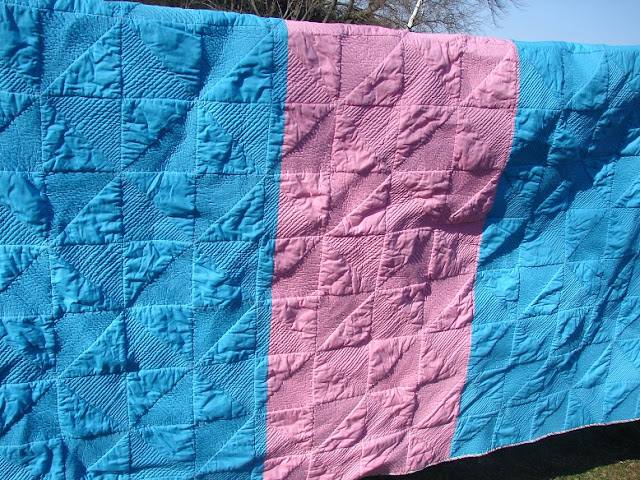 Pretty much my favorite shot.  The Kona Solids backing really shows off the quilting.  Totally a double sided quilt! 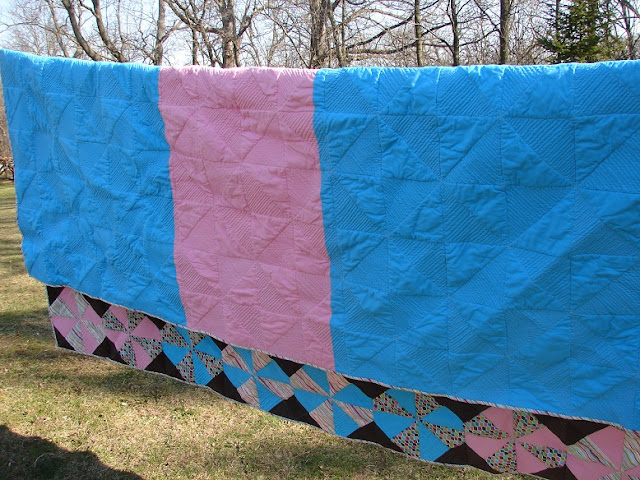 So it was called EARQ for a long time here and on IG for my niece's initials plus Quilt.  Mr. Riley said one day that it looked like boxes of candy, so that's what I went for in a name. 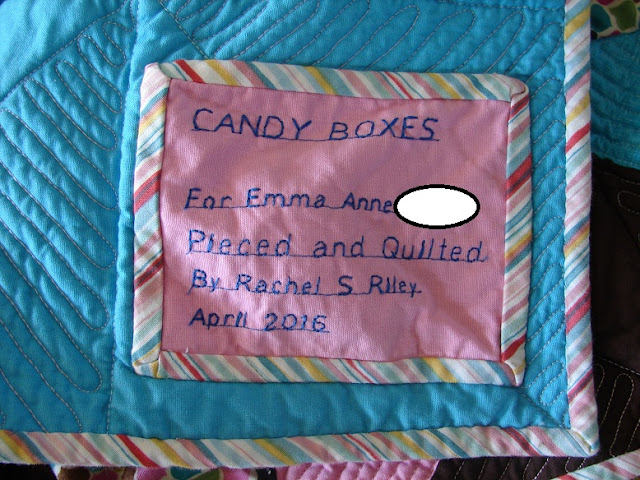 The pattern is a snowballed pinwheel which is inspired by a Missouri Star Block Magazine pattern, theirs used 5" blocks, but I blew it up to 10" blocks.

Batting is TWO layers of Pellon soft and crafty.  That stuff is really thin, and I wanted this quilt to be warm and textured.

Total quilting time: 886 minutes (14.76 hours)  That doesn't include any other parts of quilt making, pure quilting time, only.

I do have some left over fabric, along with some bonus blocks that I'll talk about in a future post. 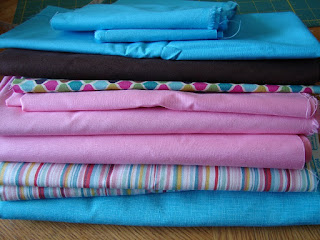