I've been baking - not a big surprise there, since we're in the Christmas season, so today I thought I'd share a recipe.  And the fun experiences of figuring it out along the way.  You see, this past Monday was the annual Cup of Christmas Tea at my church.  In past years I've been the committee chair, this year I just hosted a table and enjoyed the program.

The theme was Christmas Around The World. Seeing that my background is primarily Dutch I thought that I would decorate and bake accordingly.


The decorating was easy.  I just put out some of my Mom's collected Delft Windmills (on a hexagon mirror!). 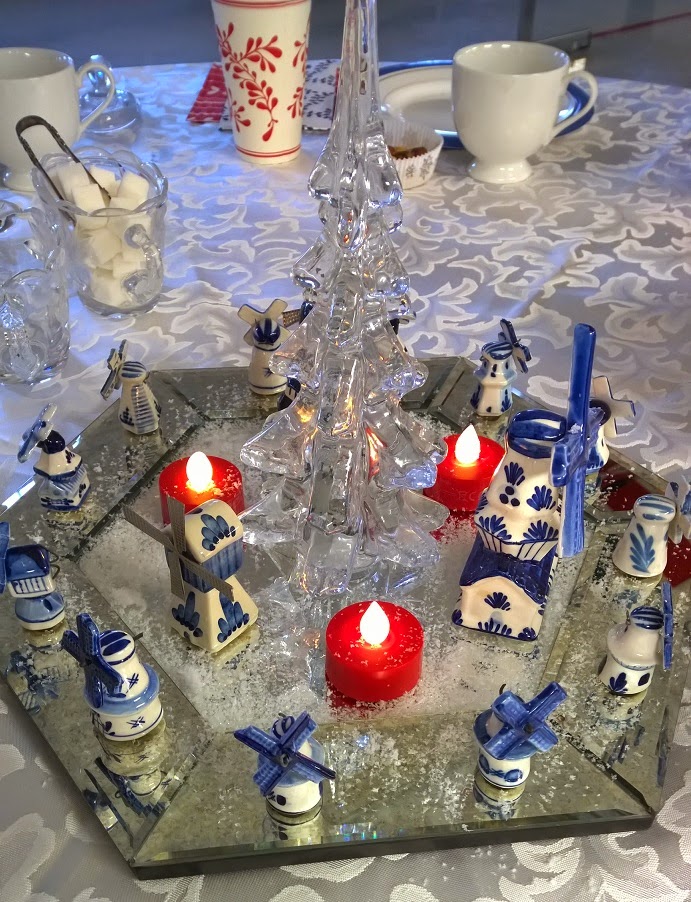 For baking I pulled out an old cookbook that I've had for years, that I must have gotten from my mom, who must have gotten it from her mom, because it was printed when my mom would have been 13! 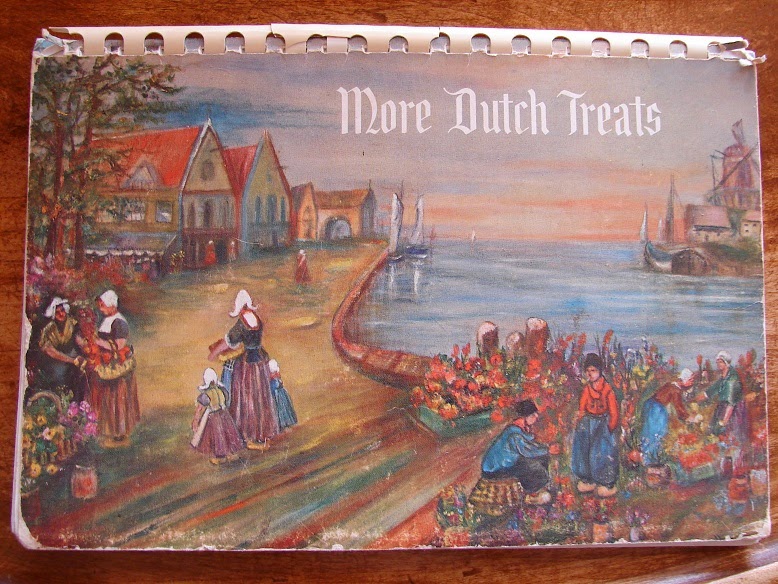 So I perused the Traditional Dutch recipes and decided to try out the Appeltaart. 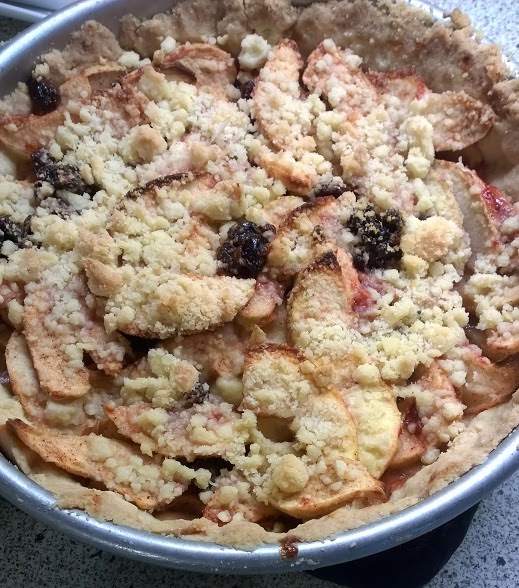 The recipe directions were rather lacking, and although I made it to the best of my ability, and it was certainly edible, it was not something that I would serve to guests. 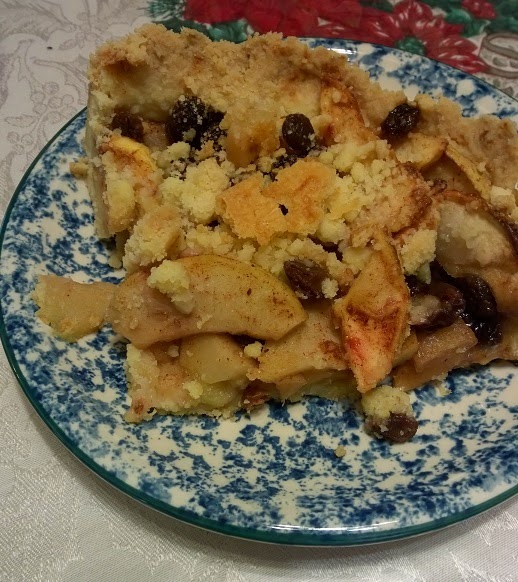 So back to the recipes and I decided on the Dutch Handkerchief cookies.  This time the recipe was a bit easier to follow (and I'll share it below). 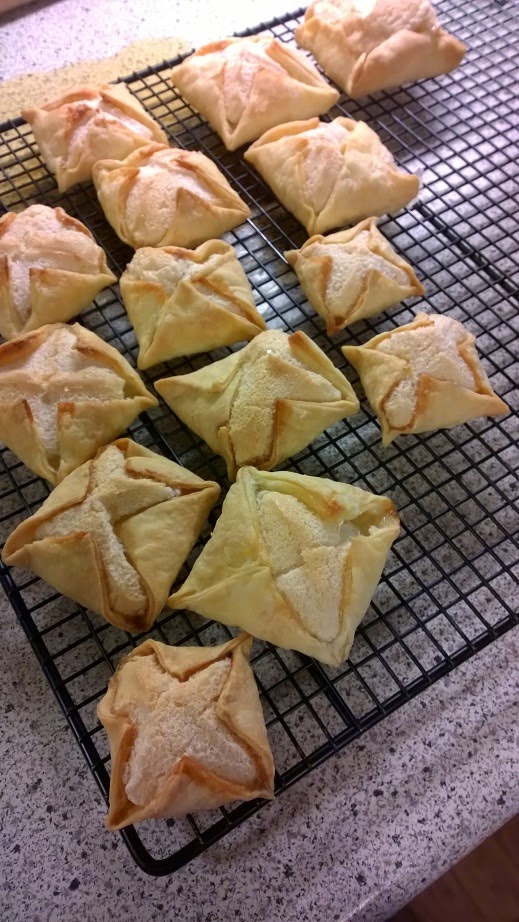 The first batch I scoffed at the filling of just a teaspoon in the middle of each square, they grew rather much in the oven - consider yourself warned. 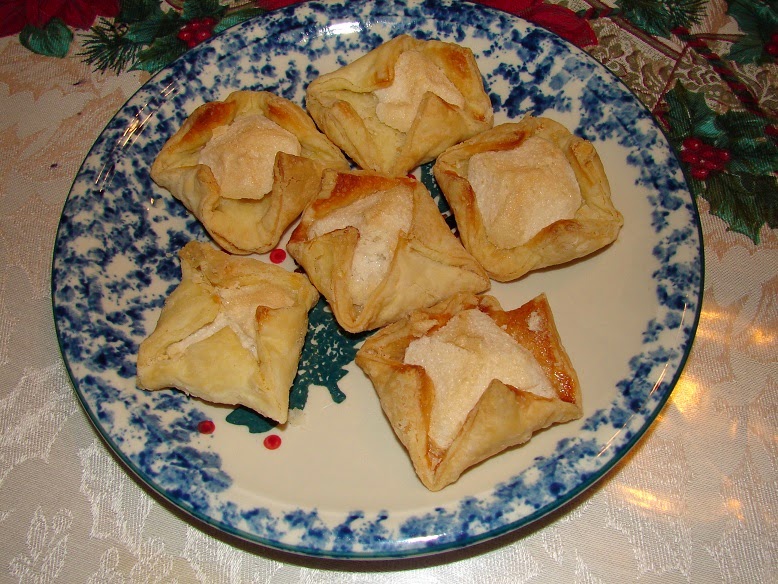 The next batch I cut the squares at only 3" and put in less filling so that they would be more bite sized.
They were certainly a hit, both among my family and the Tea guests, so I'll be making them again.  And they are super easy. 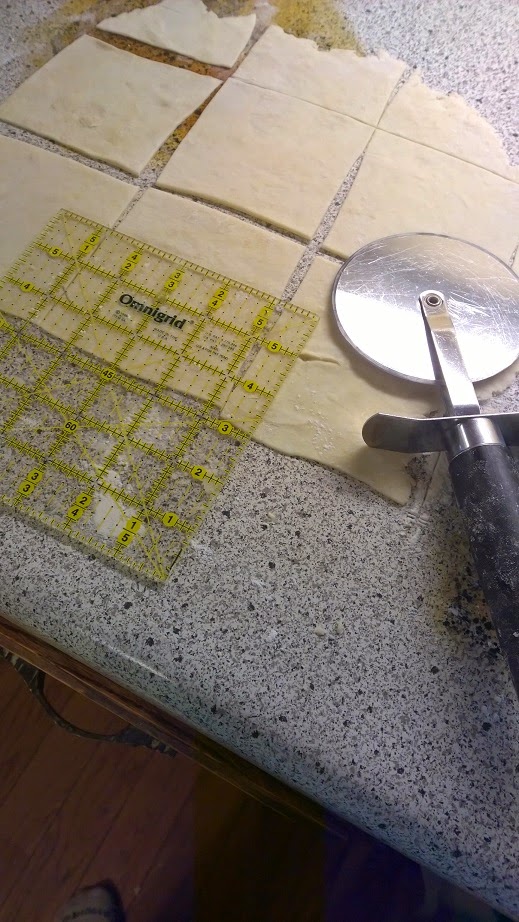 And, I found the best way to cut perfect 4" squares of dough - ruler plus pizza cutter!

Mix dough as for pie; roll very thin; cut into four inch squares.
Beat egg white until stiff; fold in sugar and flavoring. Put 1 tsp. in center of each square.  Fold corners to center. Bake until lightly browned in 350 degree oven.  (this took at least 20+ minutes in my oven)

They are truly best eaten the day of, maybe the day after.
Enjoy!

Do you think that because some of the recipes are from times gone by, that it doesn't suit our more modern tastes? (Thinking of your first apple tart) The sweet little windmills are perfect for the center of the table--what treasures. I love the shot of a quilt ruler being pressed into service--so great. And thanks for the recipe!