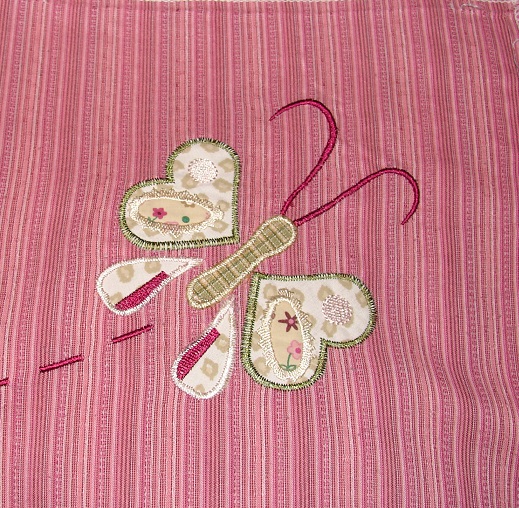 Sometime last year (I know it was before Christmas) and friend and I were talking about how she wanted to decorate her girls' room.  She told me she still had all the crib accessories and still really liked the material and motifs.  I suggested a quilt, she thought maybe duvet covers, since the girls were already using pink comforters on the bed. 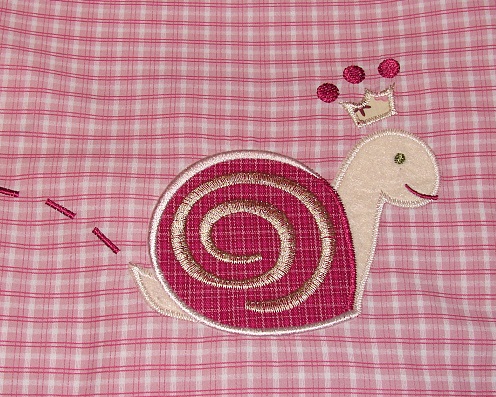 Forward to January when I was given all the fabric and we discussed what to do.  And there it sat, until I finally felt guilty enough to do something about it! 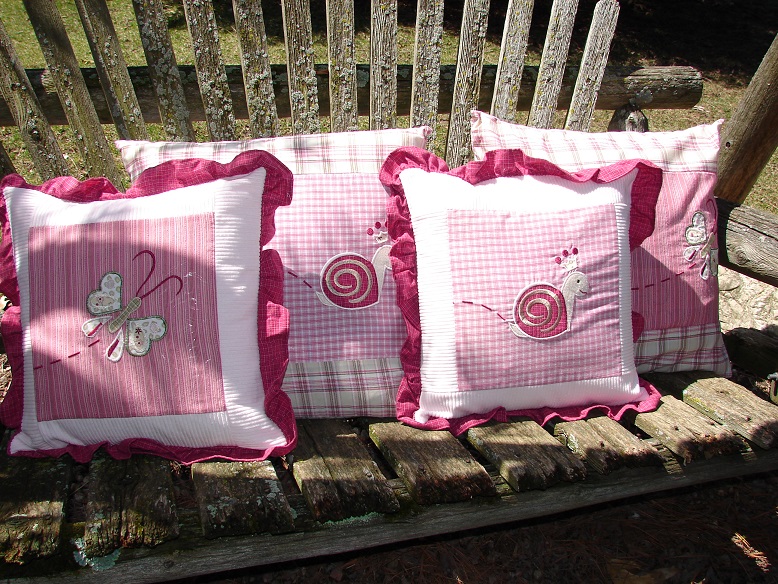 So now four pillows and two matching, yet different duvet covers have been created for the girls.  The fronts of the pillows are completely from the original crib set.  Including the ruffles!  I did have to do a bit of supplementing for the backs.  It wasn't hard to find pinks from my stash, though. 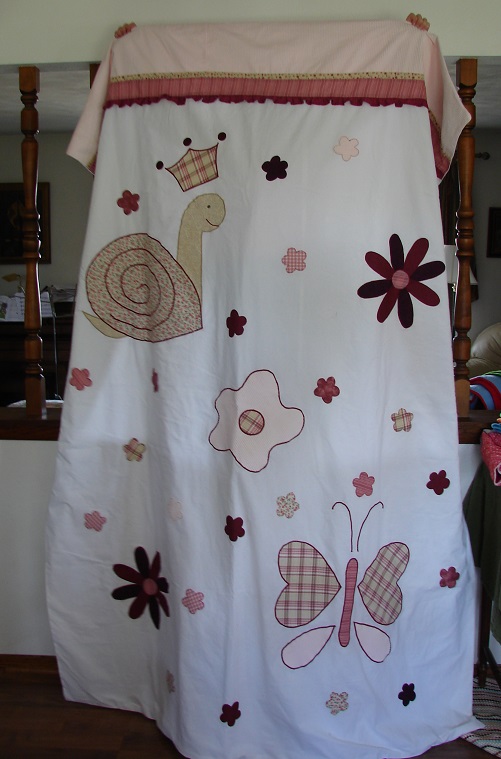 And the covers.  I started with the large motifs, but there was still way too much white, so I scattered in the flowers here and there.  The tops are large pieces from the crib bumper.  The pink is a corduroy, and all the other fabrics and ruffle were part of it, I just sewed it along the top.  This will also help the white stay a bit cleaner. 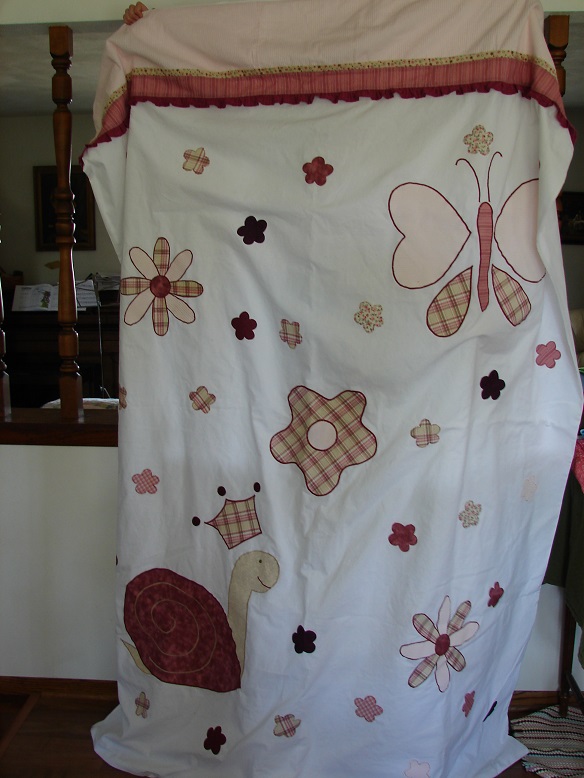 As I mentioned, the girls' comforters are pink, so they actually give a nice pink hue through the white of the covers, and looks great! 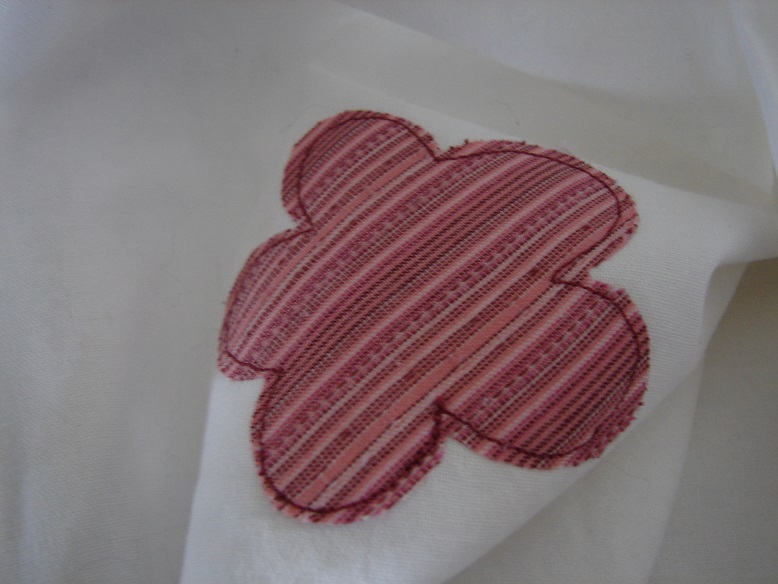 The large motifs were satin stitched for stability and to match the originals.  When I got to the smaller flowers, there was no way I wanted to turn the covers and try to be so careful with the satin stitch, so I free-motioned the edges with a straight stitch.  They are 'wonder-undered' but as they wash, there should be  a nice fluffy edge texture going on. 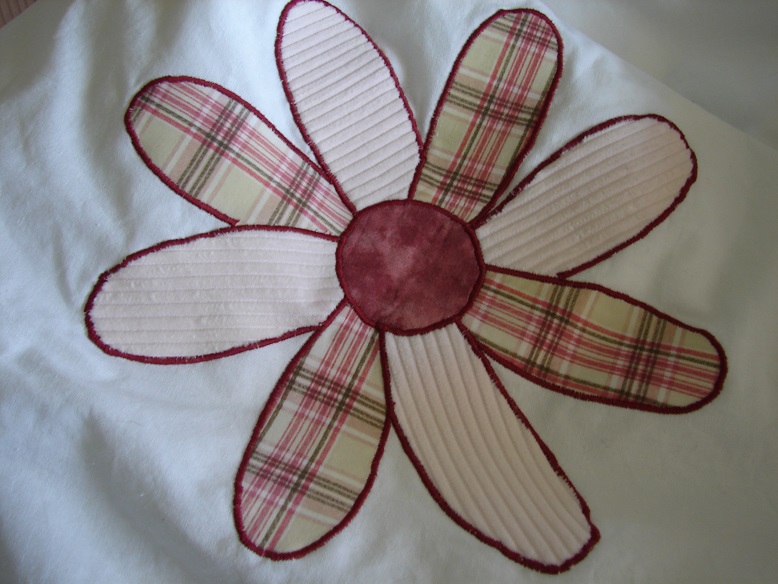 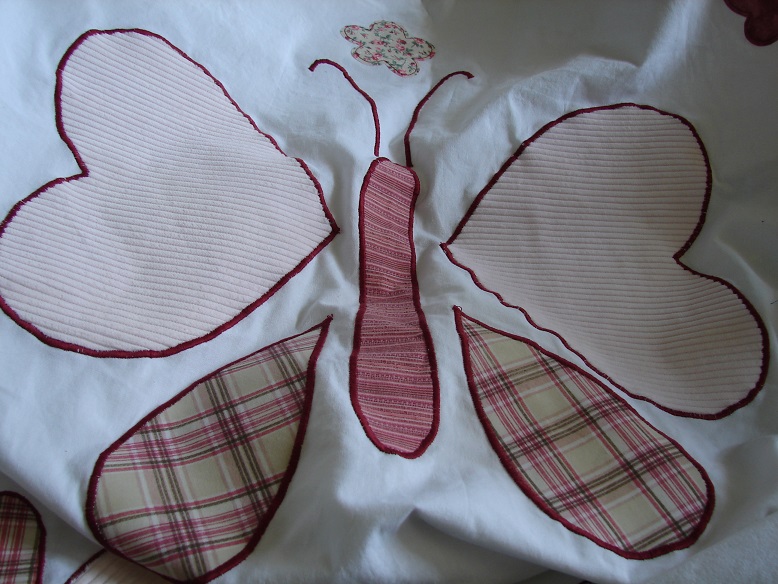 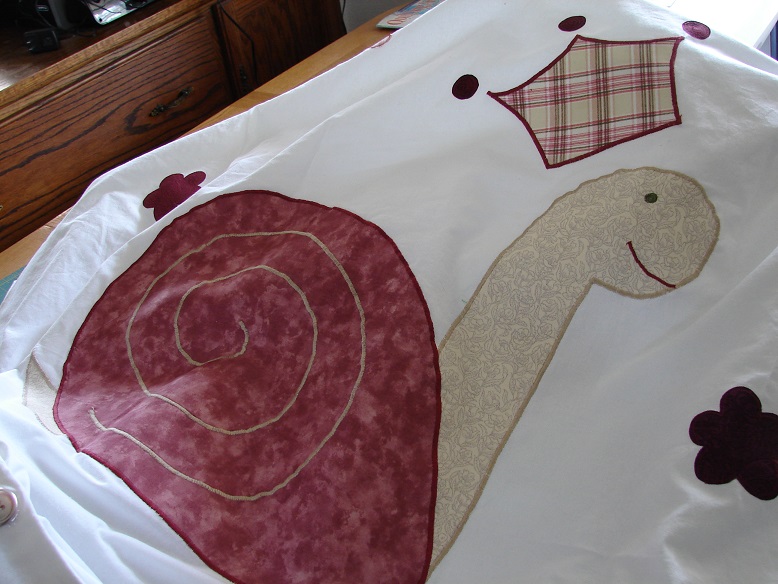 I think the snails are my favorite. 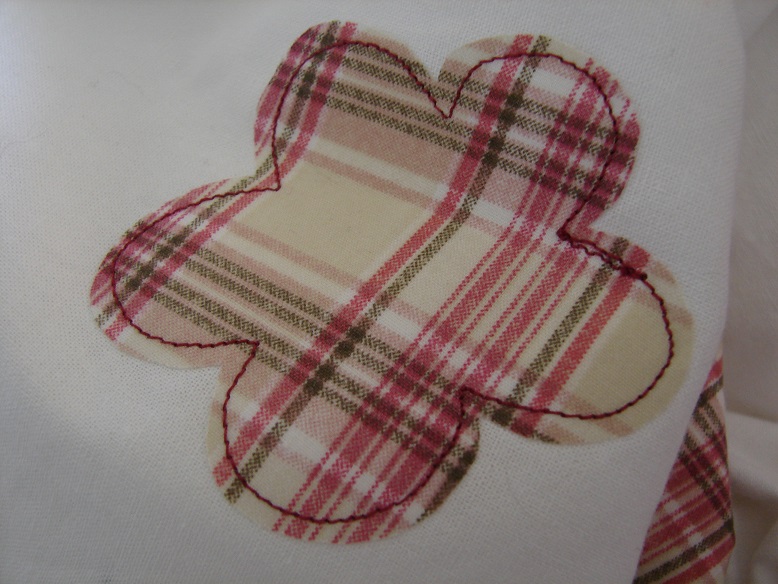 These are fun and lovely, and have a lot of pink.

Once you got started you really went to town. What a wonderful gift for your friend.

They turned out so fun and cute!