I haven't been blogging, because I've been sewing!  For those of you who hang around for quilting stuff, just move on.  This post is all about my mad seamstress skills!  Hah!  Honestly, sewing for others causes me great amounts of stress.  Not because I don't know how, or can't do it.  Just that overwhelming feeling that perfectionism is necessary.  The things I would let slide in my own families clothing, I can't for someone else.   Anyway - moving on to the whole story. 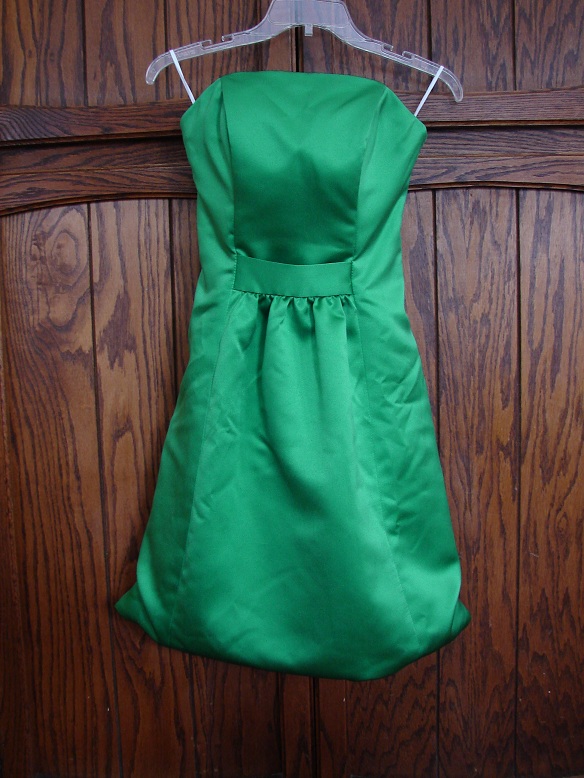 This was my friend's original bridesmaid dress.  Cute.  We ordered it a size larger, thinking we could alter it into a maternity dress.  Yeah, it was so small, it fit my 9 year old.  Don't get me wrong, my friend is a tiny thing - but this dress wasn't going to cut it!  We couldn't even zip it up on the dress form without the baby bump. 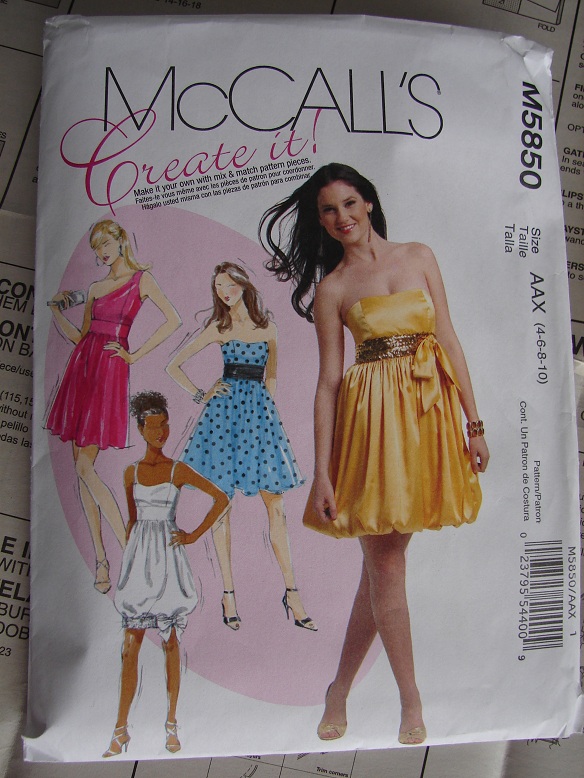 Well, the bride wanted all 6(!) of her bridesmaids to match - so in comes me and a strapless dress pattern, McCall's 5850. 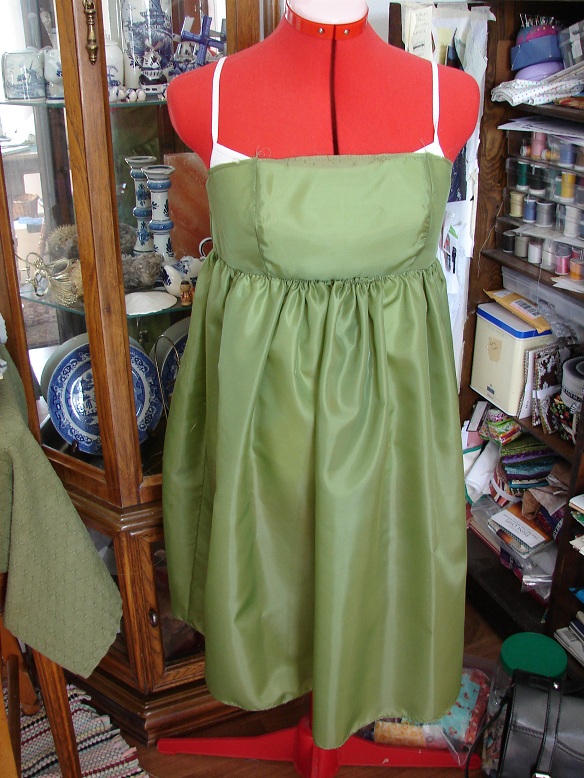 Here's a shot of the lining.  I personally like to start with a lining if I am fitting a dress or doing something new.  Better than screwing up on the real fabric, and the lining usually goes together just like the dress, so a bit of practice as well.  The lining did fit - so on to the dress. 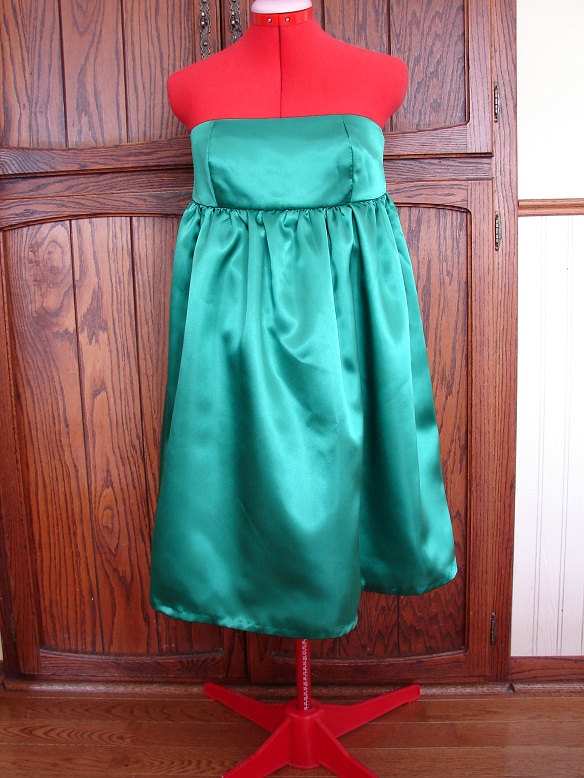 Here's what I did to turn a 'regular dress' into a maternity dress.  The original pattern has an extra band of fabric between the top and the skirt.  I took that out, so that the dress had an empire waist - much better for the expanding belly area to fit under!  Also I then lengthened the skirt pattern by three inches - which turned out to be exactly what I needed. 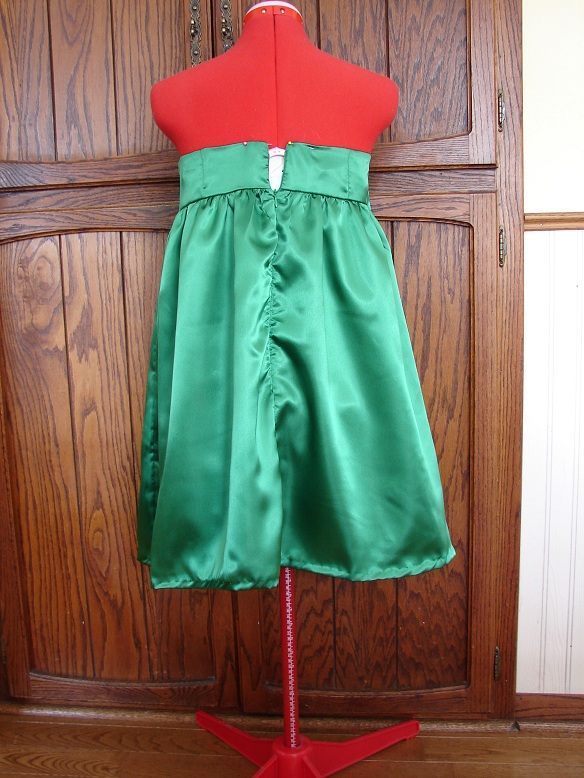 An invisible zip up the back.  The lining is attached at the top of the dress - I didn't attach it like the instructions.  I really wanted to try bagging it - the original dress's lining is completely bagged, but my brain could not figure it out.  It looks like one of the infinity scarves when it is pulled inside out - I could not make it work, so the dress is hemmed with a blind hem stitch.  It works.  You will notice that I couldn't zip up the dress on the dress form.  But it does fit my friend.  I think that is just the difference between a hard dress form and a soft body.

After it was all tried on and pinned hemmed, I brought up the idea of a belt/sash.  We had both been thinking the same thing!  It totally made the dress. 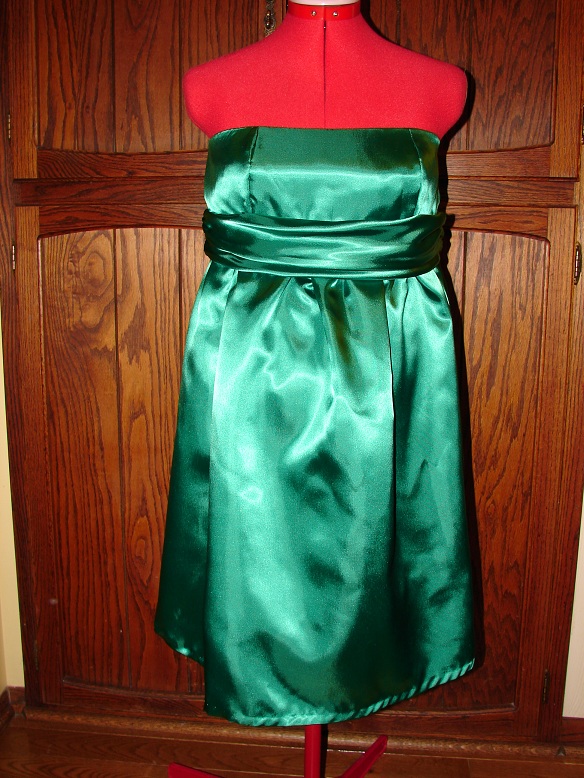 I used the pieces from the pattern to make the 'shirred' midriff, but instead of attaching it to the dress, I sewed the lining on all sides and turned it right side out.  3 hooks & eyes and voila - a belt. 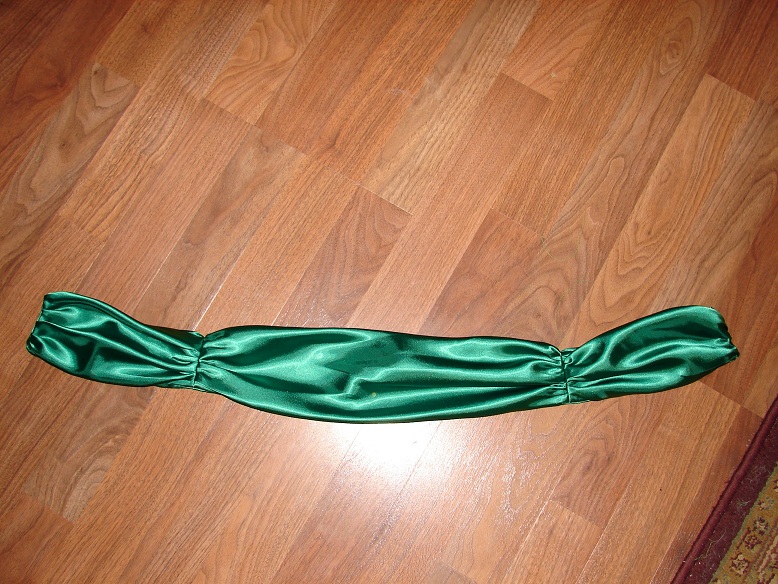 She picked it up this morning (Monday).  The wedding is this Saturday (in Seattle) - hopefully I'll be able to share a picture or two after the wedding.  And then I'm sure it will suffer the fate of most bridesmaid dresses.  Into the closet for a requisite amount of time, until it can be gotten rid of without guilt, or ever having been worn a second time!

I completely agree with the notion of it being much more stressful to sew for others, especially clothing! The perfectionism required with garment making puts me off it. I used to do it a lot, but much prefer the straight seams of patchwork these days. The dress looks really cute, and yes the belt does make it.

I love green, the green dress is my love, because it more in line with my personality.
bridesmaid dresses 2014